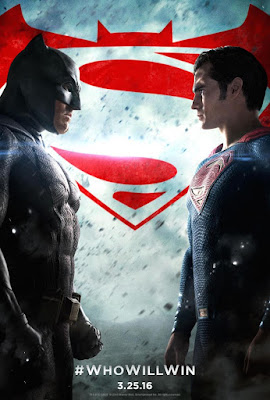 I liked it. I went in thinking it was gonna be garbage, but I liked it. BVSDOJ is everything you’ve heard or read about from other reviews. It’s too long. It’s way too dark. There’s nary a fun moment in the film. And the narrative, to put it nicely, is clunky. Despite all these faults, I still found myself enjoying this movie.

The main issue I found with this movie was the fact that they skipped over a shared universe and delved right into it. In the Marvel movies, you know that Captain America and Iron Man have conflicting views on things as it’s been boiling over for a few flicks. But in this movie, it’s clear why Bruce Wayne isn’t too fond of Superman, but Superman’s reasons for disliking Batman are glossed over. He doesn’t like his vigilante justice…and then he just shows up and tells him “The Bat is dead”. There’s no history between the characters, so their conflict seems rushed and forced.

Same could be said for Lex Luthor’s issues with Supes. We know Lex hates Superman because he’s hated him for about 80 years in various forms of media…but in this movie, he just does. His motivations to want to kill Kal-El seem to change throughout the movie. He’s never really focused on a sole reason to off this alien fella. And Jesse Eisenberg’s portrayal of Lex is UNREAL annoying. I have no idea why he played the character as a whiny, petulant dickhead, but that’s what’s on the screen.

They also try to cram waaaaay too much into this movie. Between setting up Batman’s history, Clark & Lois’ ongoing relationship, the government issues with Superman, Lex doing Lex things AND jamming in five more superheroes, this movie is beyond bloated. It’s also way too fucking long. Do I need a nearly 3 hour movie of guys in rubber underpants beating each other up? Well…yea, ok, I do, but it coulda been a bit better than this one.

Ben Affleck nails the Batman portrayal. He’s more Bruce Wayne in this than Bats, but he’s damn good in it. He has the pretend rich boy act down perfect. And he still shows the angst needed to perform as Batman. He’s also RIPPED in this movie. The man is in perfect shape right now.

The action scenes are excellent in this, with the exception of the very last one, which is a mess of CGI bullshit. But the actual Batman/Superman throwdown is on an epic scale as a battle of this magnitude should be. There’s also a scene with Bats fighting off a group of what looks to be about 20 henchmen. It is easily the best Batman fight scene put to film. Bats is perfectly violent and innovative in this scene. It’s quite an accomplishment.

Gal Godot is awesome as Wonder Woman. She shoulda been it more, but I guess this was more of a tease for her upcoming flick. I liked Henry Cavill’s Superman in this much better than his crybaby version in Man of Steel. In this, he actually seems heroic and helpful. Not a dour pussbag lady-man. And Jeremy Irons as Alfred is such a different take on the character that I liked immensely. He plays a sort of fed up helper to Batman. Still as loyal as ever, but tweaking him at every chance he can.

In the end, the movie was much better than I expected it to be. It could’ve been great if they didn’t try to start their GIANT SUPERHERO MOVIE-VERSE! Trying to get that going in one movie is just way too hard to do. But it’s a solid comic book movie with plenty to keep you interested.

I give this movie: