Welcome to a quick Extreme Rules Predictions column, with me Justin Ballard and my colleague Daniel Moore.  It's pretty straightforward - we'll run down the card and tell you who our picks are and why.
Big E vs. Bad News Barrett - Intercontinental Championship:  Barrett just won an 8-man tournament to earn a title shot.

Justin's pick: Barrett.  There's no way they spent three weeks on this tourney just to have the winner choke at the end.  I liked this tournament and the fact that it made the I-C belt feel like a prize again.  What I didn't like was the non-entity status of the Champion, Big E.  Barrett had to wrestle three times to get a shot at a champion who's hardly been on TV lately.  Makes no sense.  At that point why not make the tournament for a shot at Daniel Bryan's WWE Title?  Also, a couple weeks ago on Smackdown Big E lost a match by DQ to Alberto Del Rio....who was eliminated in the tournament's first round!  If the Champ can't beat a first-round loser that's a pretty lame prize they're all fighting for.


Dan's pick: I’d like to see Barrett win here. I’ve enjoyed what they’ve done with this new incarnation of his character…however, I don’t think they’ll just have Big E dump it here. I think (hope) it starts an actual feud, and the IC belt gets elevated, the way it should be.

Paige vs. Tamina Snuka - Divas Championship:  Brand new champion Paige gets her first PPV Title defense against Superfly's daughter.  Should be a solid match as both of these ladies can work. 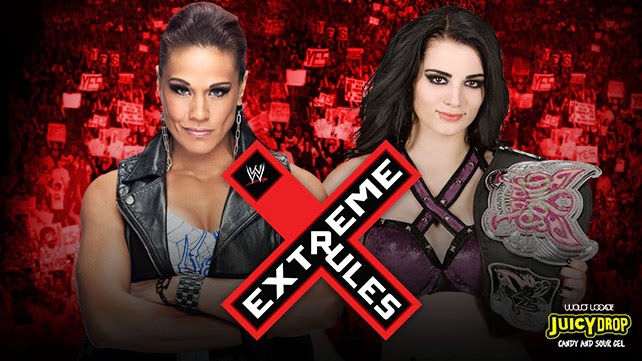 Justin's pick:  Paige.  She just won the thing and while I didn't agree with her taking the Title in her debut match (why not build up a Paige vs. AJ match for four weeks instead?), I can't see them taking it off her so soon.


Dan's pick: I see the pale assassin (does anyone call her that? well, I’m gonna) retaining her belt here as well.


Alexander Rusev vs. R-Truth & Xavier Woods - Handicap match: This is obviously a throwaway and I don't get why they put stuff like this on PPV events.  Why not give Rusev a credible opponent to beat in his first PPV match? 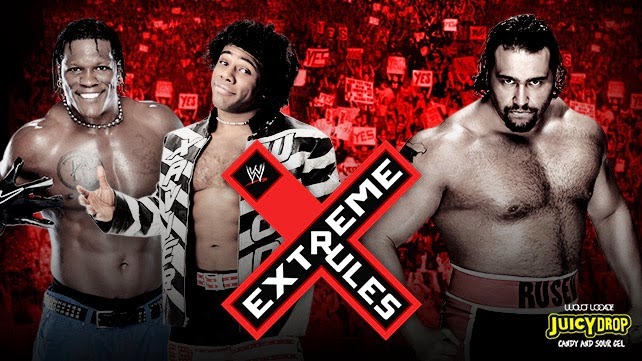 
Dan's pick: This is such a thrown together garbage match. Such a waste of time & talent. This Rusev dude hasn’t done much for me so far, but WWE’s pushing this oddly shaped dude, so he’s definitely gonna hate-crime our two friends here.


Cesaro vs. Rob Van Dam vs. Jack Swagger:  This should be decent but I'm really confused by the use of Cesaro.  He came out of WrestleMania with the fans eager to cheer him, but rather than turn him babyface they put him with Paul Heyman.  Don't get me wrong, Heyman's amazing, but Cesaro should've been a Heyman Guy from the start and then he could've turned on him right after 'Mania. 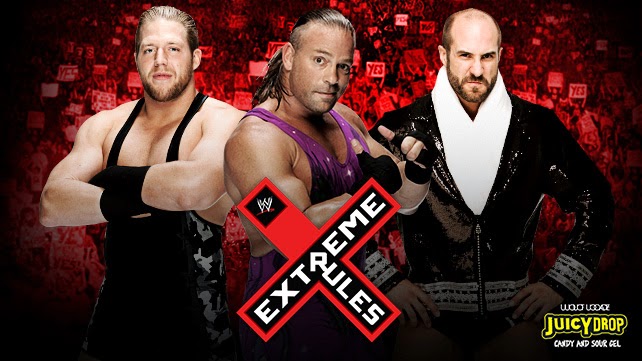 Justin's pick:  Cesaro has to win this.  RVD doesn't need a win and Swagger is a lifelong midcarder.


Dan's pick: Again, some strange booking here. I don’t understand chucking RVD in this match at all. I’m hopeful some sort of RVD heel/Cesaro full face turn happens in this match. As far as who wins, Tony C should take this down.


John Cena vs. Bray Wyatt - Steel Cage match:  This feud has been so perplexing since 'Mania.  They've booked the last four weeks as though Bray won in New Orleans.  Like Cena challenged him to a cage match so Harper & Rowan couldn't interfere this time.  But Cena already beat Bray when both of them at ringside, so what's the point?  It should've been Bray who proposed the cage, to trap Cena in a cell with him, like a bad cop who wants five minutes alone with a suspect.  Bray could then use the cage setting to tempt Cena to the dark side with no one to save him.  I will say Bray's promos have been gold.  Cena's have been terrible, though I do like that they're teasing a Cena heel turn.  I don't see it happening, but that aspect has been interesting at least. 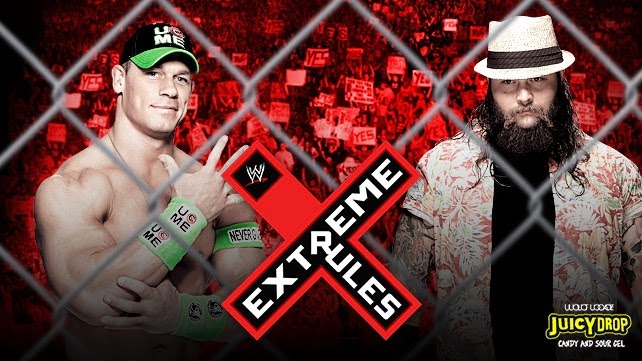 Justin's pick: Bray Wyatt has to go over.


Dan's pick: I agree with Jingles here. Bray really shoulda beat Cena at Mania…he now HAS to beat him here, to remain a viable threat.


Evolution vs. The Shield:  This match should be excellent.  The Shield are amazing to watch as a unit, and as long as Hunter and his boys bring their A-game, this could steal the show. 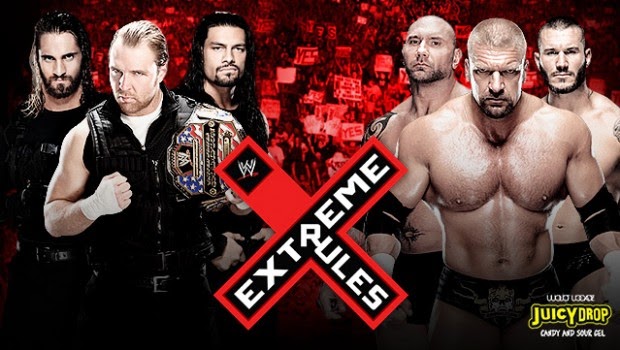 Justin's pick:  This is a tough one.  On paper I'd say Evolution wins to set up some sort of rematch (maybe a WarGames-type match with Bryan and Kane involved), but I know Batista's supposed to be taking time off soon to promote his movie.  So maybe Batista gets pinned and Hunter sends him away on RAW, opening up an Evolution slot for someone like Sheamus (please, PLEASE turn Sheamus heel!).  I'll go with my gut and say Evolution wins the first round, though this is the prediction I'm least confident on.


Dan's pick: Should be some incredible action here. I’ve gone back and forth on this one, thinking our Shield boys would take down Evolution…but HHH and buddies lost at Mania, and I don’t think he’ll want to have a two game losing streak here. My pick is Evolution.


Daniel Bryan vs. Kane - Extreme Rules for the WWE Championship:  First off, this better headline the show.  Second, while I initially hated the idea of Bryan's first PPV challenger being someone as damaged as Kane, I will say they've done a good job (in a PG way) of reestablishing Kane as an uncontrollable monster and making this feud personal.  It reminds me of Shawn Michaels vs. Diesel back in 1996, and if this match is half as good as that one, we're in for a treat. 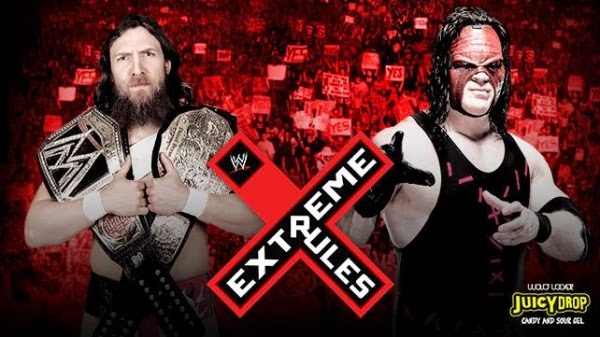 
Dan's pick: Bryan is the winner here…but Christ, I’d love to see Kane take him out and win the belts, so then I can witness Ballard’s head explode. It would be GREAT.


Well there you have it.  Despite the weak buildup I think this show will deliver a solid 7/10.  Six of the seven matches have potential.  Enjoy Extreme Rules, and I'll post my thoughts next week!
Posted by Justin Enuffa Ballard at 9:48 AM