Welcome to another round of Enuffa PPV Predictions!  Today we'll dissect the upcoming WWE BattleGround card. 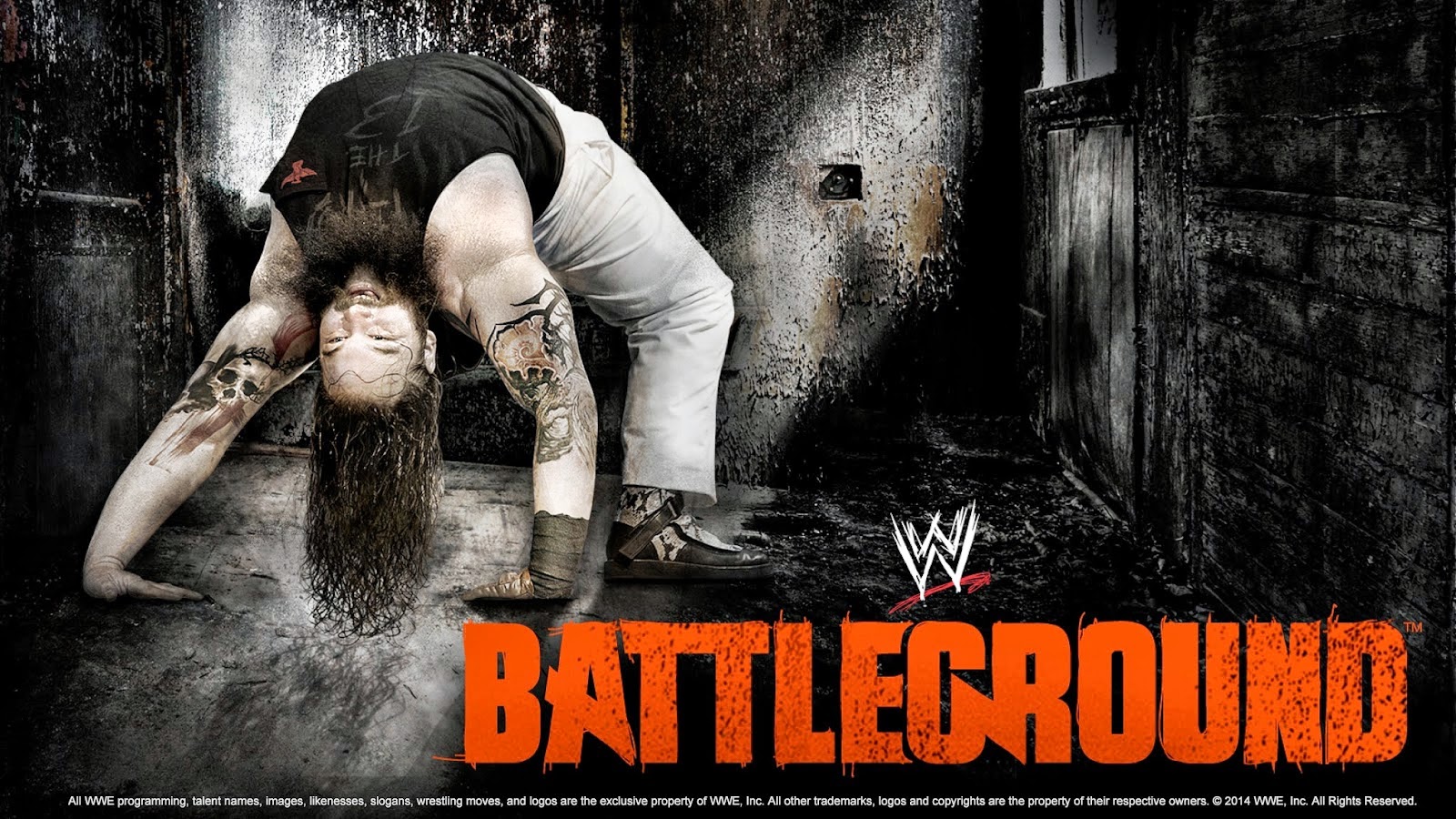 Despite solidly being a B-level PPV sandwiched between Money in the Bank and SummerSlam, and despite Daniel Bryan still being out of action, I gotta say the BattleGround show looks pretty damn enticing on paper.  There are seven matches on the main show, all of which have some sort of intrigue for me, and a Divas pre-show match. 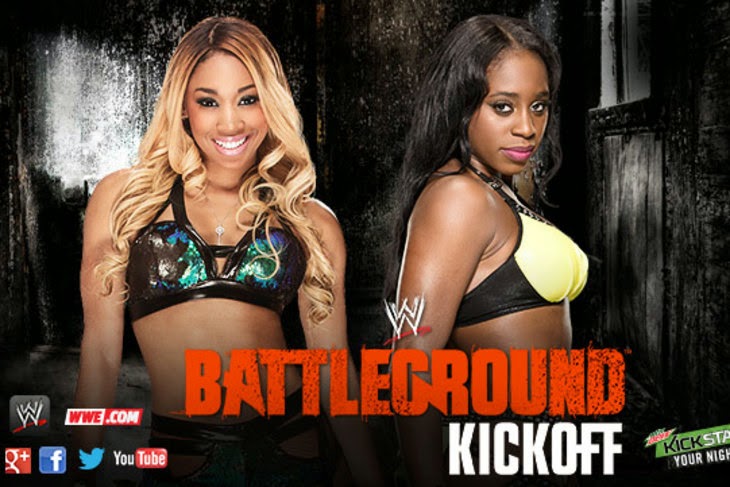 The former Funkadactyls (who would've thought a year ago that of the four Funka-team members only the two women would still be on the roster now?  I have basically no interest in this match, but it should be noted that Naomi can go in the ring.


Justin's pick: Cameron will probably get a cheap win to keep this feud going.
Dan's pick: a black girl will win. To make this a competition, I’ll take Naomi

This one should be all kinds of awesome.  These two teams work really well together, and I love a good old-fashioned 2 out of 3 Falls match.  Give these four guys a good 20 minutes and watch the sparks fly.

Justin's pick:  I have to think Harper & Rowan finally get the belts here.
Dan's pick: I think it finally has to be the Wyatt clan. 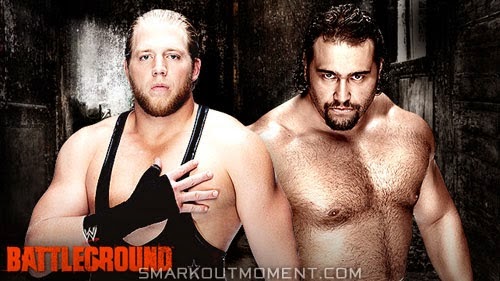 Here's a match that harkens back to the US vs. Russia feuds of the 80s.  In an odd but certainly interesting move, Jack Swagger and Zeb Coulter have suddenly become babyfaces rushing to defend the US from verbal attacks, whereas previously they spent about a year talking about how much this country sucks now.  Strange.  Anywho, this should be a very solid power match.  Swagger's got some legit mat ability and should be able to give Rusev a helluva little match.  It won't be epic, but it should be very watchable.

Justin's pick:  No way Swagger's gonna be the guy to stop Rusev.  The Russian continues his dominance.
Dan's pick: USA USA USA WE THE PEOPLE!!

Finally we'll get to see a real match between these two, instead of an abbreviated beatdown with a fluke ending like we've seen twice before.  Both of these chicks can bring it, so I'm hoping for a good 8 or 9-minute back-and-forth match.

Justin's pick:  AJ will retain to set up a rematch
Dan's pick: Sure. AJ I guess. I don’t care. 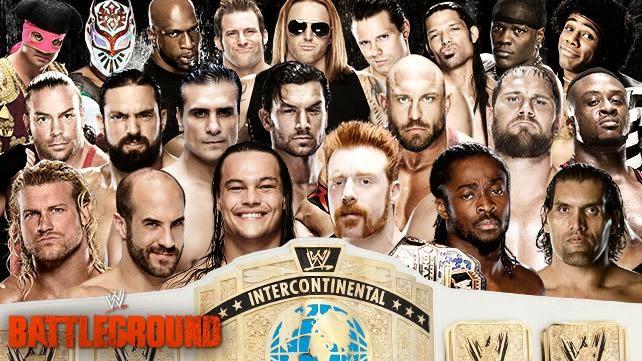 What's the deal with current champions getting hurt this year??  Poor Barrett.  He keeps getting hurt at the most inopportune times.  There are 22 guys in this thing so I'm not going to list them all, but the handful of dudes who have a shot at winning this are Sheamus, Cesaro, The Miz, Rob Van Dam, Alberto Del Rio, Dolph Ziggler, and Big E.  They're kinda going overboard with Battle Royals this year, but this should be fun.

Justin's pick:  Barrett is going to be there to present the belt to the winner, so presumably he'll be feuding with that person sooner than later.  With that in mind I'm going with Sheamus to win the match and finally unify the two midcard belts.
Dan's pick: I’m going with cheap heat and the MIZ, baby…to set up a unification match at Summer Slam between him & Sheamus. 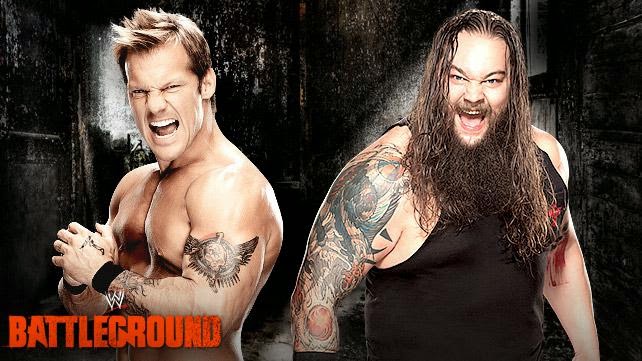 Oh man, this should be spectacular.  Wyatt needs a big win over someone who can give him a great match, and Jericho fits that bill perfectly.  Hopefully this feud will last a few months and help Wyatt reach that next level.

Justin's pick:  Wyatt needs to win.  Jericho's role in the company nowadays is coming back every so often to tear it up with rising stars he really likes, and putting them over big.  I also predict Dan's pants will grow very tight during Jericho's ring entrance.
Dan's pick: This could go either way, as I think they have to have Wyatt have a huge victory at Summer Slam…I guess Jericho could win here, but prob under not ideal circumstances. DQ or something. 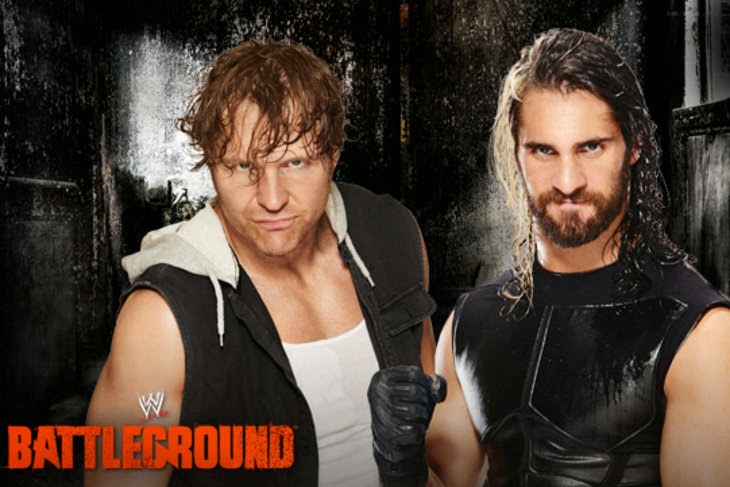 I can't wait to see this.  This match should absolutely steal the show.  Rollins is settling into his new singles heel role, and Ambrose is taking the company by storm as a rising babyface, very unexpectedly.  I honestly wasn't sure Dean would work as a good guy, but he's done a tremendous job of channeling guys like Roddy Piper and Brian Pillman; wrestlers who were dangerous and unpredictable but had a sense of honor that made them likable.  This should be BOSS.

Justin's pick:  I think Ambrose squeaks out with a win here.
Dan's pick: Gotta go with the Authority’s boy. 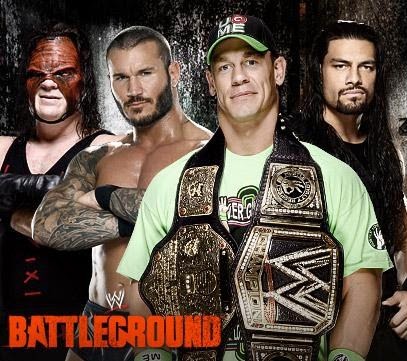 Sadly this is kind of the match I have the least interest in.  Three of the four guys have been around since at least 2002 (Kane since 1997 plus two years prior to that as other characters), and Reigns is unproven as a main event singles star.  Don't get me wrong, Reigns is gonna be huge next year, but he's not quite there yet.  I also don't understand storyline-wise why they'd put him in the match instead of say, Rollins.  If The Authority wants Cena to lose to one of their guys, why put Reigns in the match?  Anyway, this should be fine but I just don't care that much about it.  Cena will obviously be fighting Brock Lesnar at SummerSlam, either for the belt, or not, if Rollins cashes in.

Justin's pick:  John Cena retains and gets destroyed on Monday by a returning Brock Lesnar.  Ambrose somehow prevents Rollins from cashing in.
Dan's pick: Yea, Cena, all day, all night.

And there it is.  On paper this looks pretty damn good.  Hopefully it will live up to its potential.  There are definitely some young guys with serious momentum to fill the void left by Punk and the injured Daniel Bryan, so hopefully they'll get ample chances to shine.
Posted by Justin Enuffa Ballard at 12:20 PM