It's time for another review of a lesser-known cinematic gem from Michael Drinan.  Read on.....

I love female punk singers. I love documentaries.  When I heard there was a documentary about Kathleen Hanna being made, I almost lost my mind trying to find information about it.  Kathleen Hanna was a primary figure in the Riot Grrrl movement of the early 90s and the lead singer of the punk band Bikini Kill, kickstarting the feminist punk movement.  After Bikini Kill, she went on fronting the pop punk band Le Tigre.  She fought for women’s rights during the conservative Bush years and continues to be an outspoken feminist activist.  Let me introduce you to The Punk Singer. 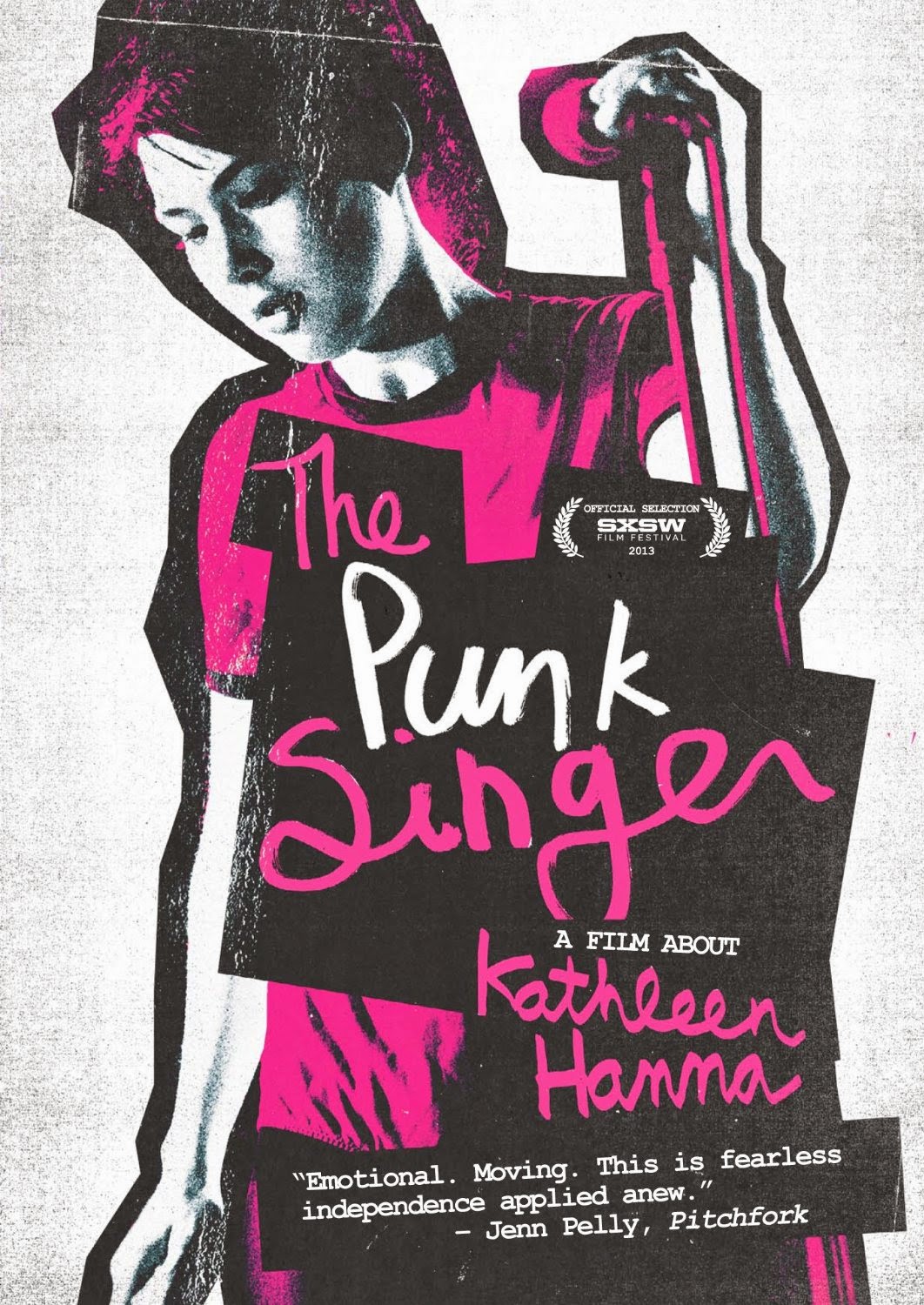 
My fascination with female punk singers culminated when I first heard Hanna’s vocals in Bikini Kill.  It demanded your attention and forced it from you.  Yeah, her vocals aren’t easy to listen to, they’re not supposed to be.  She’s pissed and has something to say.  What do you care?  That’s what punk rock is about, right?  Yeah, its supposed to make you uncomfortable.  Deal with it.  Her voice kicked open the door to punk rock’s Boys Only Club, pulled up a chair alongside Joey Ramone, Thurston Moore, Johnny Rotten and Henry Rollins and carved out a place for herself and any woman who wants to follow along in her footsteps.  If you disagree, then see this movie.

Check out the trailer for The Punk Singer!
Posted by Justin Enuffa Ballard at 9:18 AM

Email ThisBlogThis!Share to TwitterShare to FacebookShare to Pinterest
Labels: I'd Like to Introduce You To..., Movie Stuff, Music Stuff