Welcome to another round of official WWE PPV predictions here at Enuffa.com! 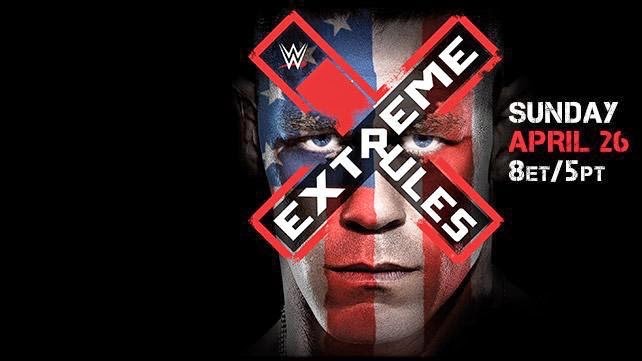 The WWE product was hot coming out of WrestleMania once again, with new heel Champion Seth Rollins pulling off "The heist of the century," Daniel Bryan and John Cena capturing the secondary belts, and Roman Reigns being positioned for a slow rebuild.  Things looked very promising immediately following 'Mania but as usual Creative has settled into the standard procedure of going through the motions.


Also Daniel Bryan will likely be unable to compete on Sunday, but there's been no official word yet.  Christ, this guy can't catch a break as a Champion. 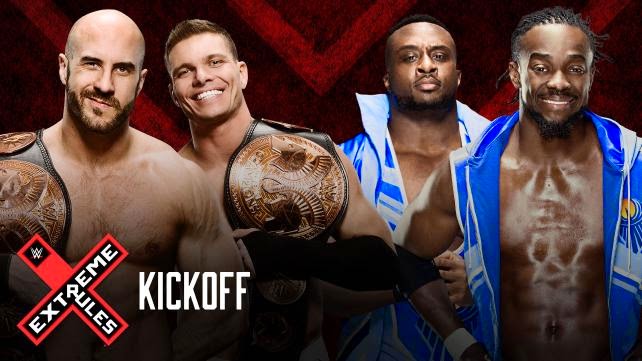 I was all pumped up for Cesaro/Kidd vs. Lucha Dragons and then they decided to turn the Champs babyface and have them fight the newly heel New Day.  Not that I'm complaining about Kofi/Big E/Woods going bad - they should've been villains from the start.  This should be a good match and it deserves to be on the main card.

Justin's pick: Cesaro/Kidd retain
Dan's pick: Team CK (Warning: These picks are gonna all be déjà vu like as this card is pretty telegraphed ahead of time) 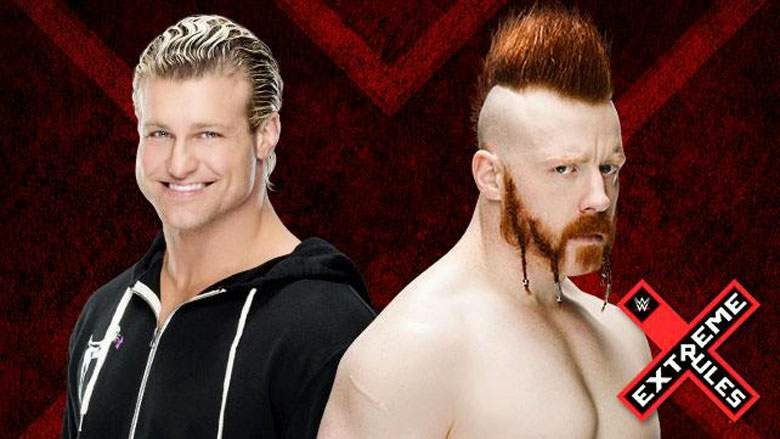 Glad to see they FINALLY turned Sheamus heel again.  He's much better in that role, and I'm hoping he'll get some good feuds out of this new bully persona.  This should be a really good match, but what the eff kinda gimmick is Kiss My Arse?  What year is this again?  Are we seriously gonna be subjected to one of these guys getting his face shoved into the other's buttcheeks?

Justin's pick: Sheamus just came back and Ziggler loses all the time.  Why should this be any different?
Dan's pick: Big red-headed Mohawked prick for the win 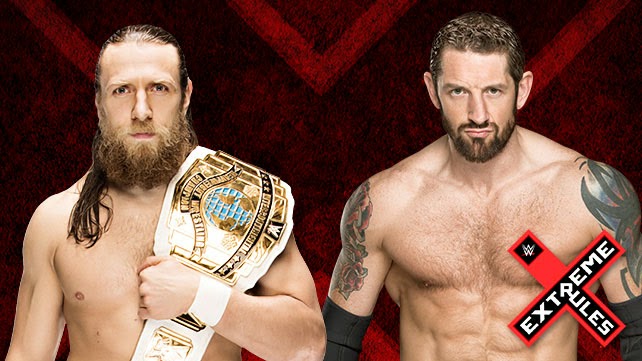 I really hope Bryan's healthy enough to wrestle because this is one of the two matches I was really looking forward to.  If he does have to take time off it's supposed to only be a month, so hopefully he won't have to relinquish yet another Title.  If the match happens and is given ample time it could steal the show.

Justin's pick: If Bryan wrestles, Bryan retains
Dan's pick: the one disagreement. I think Barret wins because Bryan's hurt and will hafta drop the belt. 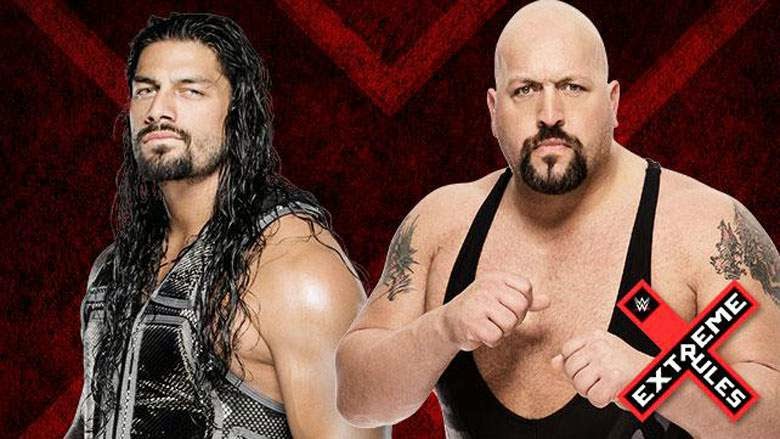 Show really needs to be moved into a bodyguard role.  He hasn't been relevant as an active wrestler in years, and his matches are rarely interesting anymore.  Reigns needs to be paired with a heel who can really work and make him look good, and who won't get cheered over him.  I'm not sure who fits that description but they better figure it out soon before Reigns becomes irrelevant too.  But apparently they've lined up Kane for him next.  Fuckin' hell. 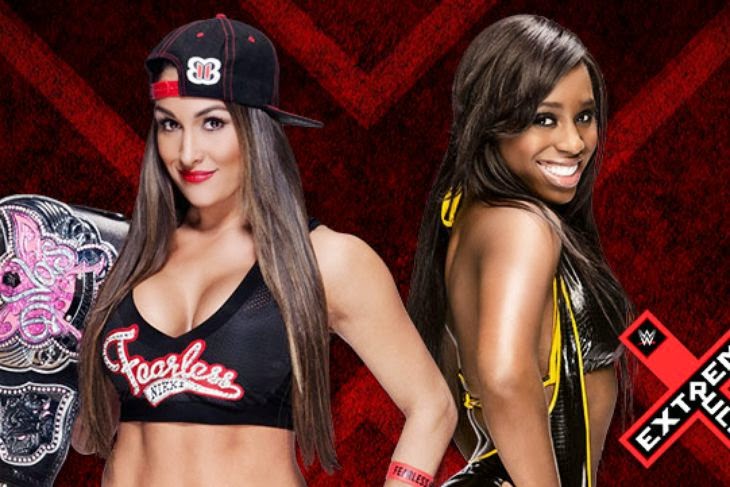 Umm, is this heel vs. heel then?  Paige was originally supposed to get this shot but she's off shooting a movie I guess.  Naomi can work a match though, so this should be decent if given time.  "If given time" are the three most important words in the Divas division.  They need to call up Charlotte from NXT stat. 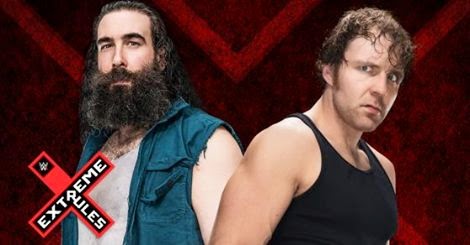 This should be a helluva fun match.  Both of these guys are excellent workers and possess an unpredictable style.  This could steal the show.

Justin's pick: Dean Ambrose has yet to win a singles PPV match since the Shield broke up, so he needs this win desperately.
Dan's pick: Lunatic Fringe needs the win, badly.  They have botched Dean's career ever since his PPV loss to Rollins and pointless Bray Wyatt feud. 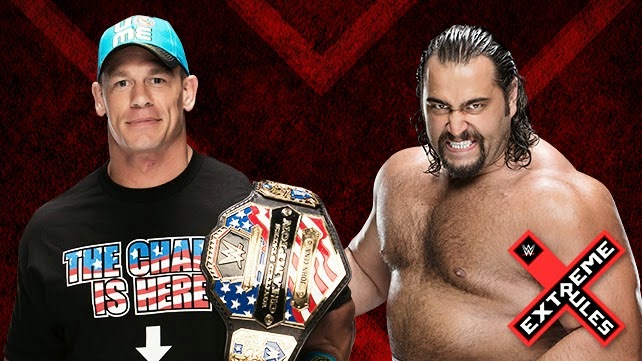 I always liked the idea of a chain match.  The most famous and violent one of course took place at Starrcade '83 between Roddy Piper and Greg Valentine.  Sadly WWE doesn't allow blood, so this won't be nearly that brutal.  But it should still be a cut above their decent but lackluster WrestleMania match. 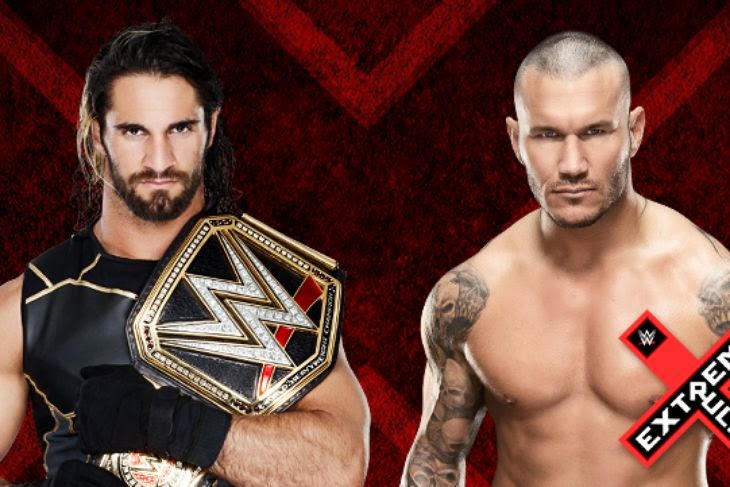 These two almost stole the show at WrestleMania and they'll get way more time here, so this should be a fine main event.  They've added Kane as the "gatekeeper," which obviously means he's gonna tease turning against Rollins only to screw Orton.  I just hope Kane's involvement doesn't take away from what should be an excellent match.

Also, the fact that WWE took away the Curb Stomp as Rollins' finisher pisses me off to no end.  He's never injured a soul with that move, so what's the reason?  And do we really need yet another guy with a DDT finisher?  The Curb Stomp fit Rollins' character perfectly and there is zero logic in taking it away from him.  If they're sticking to their guns here he's gonna need something a little better than the most generic-looking DDT/Facebuster of all time.  While we're at it let's go back to 1998 and ban the Stone Cold Stunner too.  WWE really could fuck up a ham sandwich, couldn't they?

Justin's pick: Rollins retains through nefarious means
Dan's pick: Rollins. I really hope they keep the Kane action to a minimum. He has no business being as important to this storyline as he currently is.


And there you have it.  Extreme Rules could be a solid show or it could be forgettable.  If Bryan is unable to wrestle that'll hurt a lot.  But we'll find out on Sunday I guess.  Thanks for reading - join us again next time here at Enuffa.com!
Posted by Justin Enuffa Ballard at 10:23 AM