Welcome to another edition of Top Ten Things, here at Enuffa.com, where I rattle off ten somethingorothers in some kind of order and explain why I chose said order. 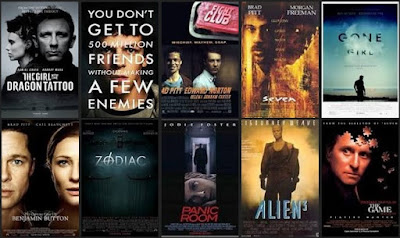 Today I'll be ranking the films of vaunted director David Fincher.  I've been following Mr. Fincher's career since the beginning, when he cut his feature film teeth with the third Alien film.  I was immediately struck by his distinctive visual style; even as a first-time director his films had a unique, noirish look that was bleak, harsh, and compositionally spectacular.  Fincher became one of Hollywood's hottest auteurs only a few years later, and now boasts one of the most intriguing filmographies in the business.  No matter what his films are about I'll always go out of my way to see them; two of the entries on this list remain among my all-time favorite movies.

So let's get started.  Here's how I'd rank the films of David Fincher.... 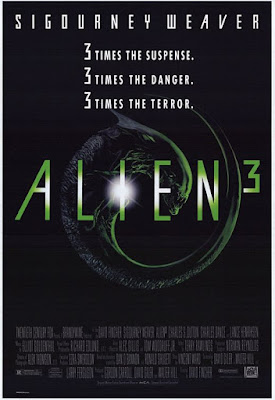 Anyone who knows me is aware I hate this film.  Hate it.  With the raging intensity of a thousand soccer riots.  No sequel has ever pissed me off as much as this one (as documented HERE).  But goddamn if this isn't a beautiful-looking film.  20th Century Fox clearly hired the visually gifted music video veteran Fincher to make the film they wanted to make, hoping he'd just "yes" them to death and they'd have another hit on their hands (Given that the wildly successful Alien and Aliens were both directed by strong-willed visionaries I'm not sure why the studio didn't want the same kinda thing this time).  But Fincher had his own ideas for the film, and it was a combative shoot from the get-go (It didn't help that the studio rushed the movie into production without a finished script), one that Fincher described as a miserable experience.  He has since disowned the movie, declining to take part in a Director's Cut for the Blu Ray release.  Regardless of its unimaginative storyline though, Alien 3 is a visually incredible horror film that demonstrated emphatically Fincher's singular gift for creating cinematically stunning, atmospheric films.


9. The Curious Case of Benjamin Button

Probably the most disappointing Fincher film besides Alien 3 was this strange, Forrest Gump-esque parable about a man who ages in reverse.  Brad Pitt plays the title character, born as a tiny, frail old man, who grows younger with age.  Button befriends a young girl and the two become soul mates of sorts, until eventually she becomes a matronly figure for him as a little boy.  The film is impressive technically, and boasts fine performances, but aside from the gimmickry of the story there isn't a lot to sink one's teeth into.  I never felt very emotionally engaged, and ultimately the movie felt like an exploration of the gimmick, rather than a story that really needed to be told.  Still, Fincher lent Benjamin Button his usual visual flair, making this worth a look. 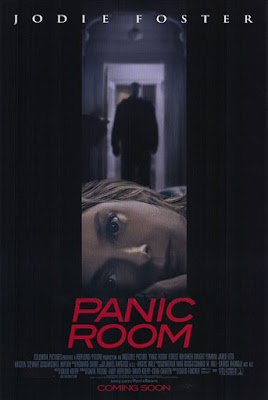 Fincher's most genre-specific movie was the Hitchcockian Panic Room, about a woman and her daughter being sieged in their own home by a gang of thieves.  This first-rate thriller is a classic cat-and-mouse game, but sets itself apart from lesser films by staying a step ahead of the audience's expectations and occasionally reversing the roles.  Jodie Foster and Forest Whitaker give strong, believable performances as the mother and the head thief, respectively, while Jared Leto and Dwight Yoakam have memorable supporting turns.  Also of note, this was one of Kristen Stewart's first roles, as Foster's precocious eleven-year-old daughter.  Panic Room doesn't have the lasting appeal of Fincher's better works, but it's most certainly a well-made example of suspense filmmaking that manages never to insult the audience's intelligence.  It's a smartly-written film for the initiated viewer.


7. The Girl With the Dragon Tattoo

One of several English-language remakes in recent years, this adaptation of the hit Swedish novel/film could be seen as fairly unnecessary, were it not so skillfully made.  The Fincher version is quite similar in tone and execution as its counterpart, but with a slightly weirder heroine, and of course that signature Fincher touch.  The chemistry between Rooney Mara as Lisbeth Salander and Daniel Craig as Mikael Blomkvist is palpable, much like in the original, and the story is taut and compelling.  Sadly though, the film didn't achieve the same success as the Swedish version, and the studio opted for a soft reboot based on a later Millennium series novel.  Still, this is a worthy remake, and another example of Fincher's strength as a director of thrillers. 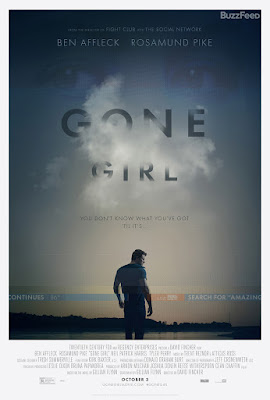 Fincher's 2014 adaptation of the pulpy Gillian Flynn novel stars Ben Affleck and Rosamund Pike as a couple whose marriage is on the rocks when the wife Amy suddenly disappears and the husband Nick becomes the prime suspect in her presumed murder.  As details of their disintegrating union come out, the public becomes more assured that Nick is the one responsible, while he has to convince the police and even his own sister of his innocence.  Meanwhile it turns out Amy faked the kidnapping as revenge for Nick's marital infidelity, and throughout the film's running time we learn how truly sociopathic she is.  Suffice it to say, Gone Girl is not a great date movie.  It is however quite compelling (if totally far-fetched), brilliantly acted (Rosamund Pike in particular gives a career performance), and as always stylishly directed by the abundantly skilled Fincher.  This is garish, page-turning suspense at its finest. 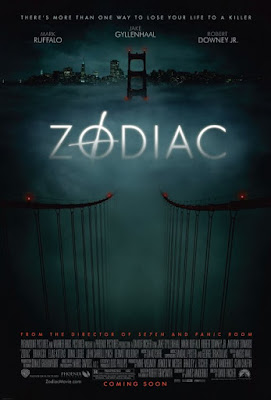 Fincher's most ambitious film was probably 2007's Zodiac, a docudrama about the infamous unsolved serial killer case from the 1960s & 70s.  Based on Robert Graysmith's nonfiction book of the same name, Zodiac depicts the events from Graysmith's point of view, chronicling his involvement in the investigation (despite being a newspaper cartoonist) and the effect his obsession had on his personal life.  The film's long running time and procedural style made for something of a hard sell, but since its release Zodiac has become a cult favorite and one of Fincher's most admired efforts, boasting excellent performances and painstaking attention to detail. 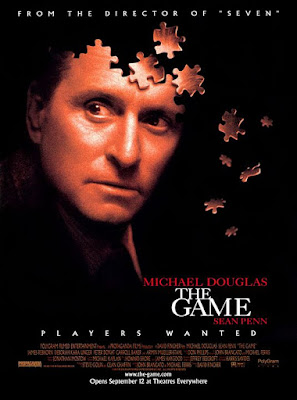 Fincher's 1997 thriller features Michael Douglas as the wealthy Nicholas Van Orton, a businessman whose life has fallen into joyless routine until his brother enrolls him in "the game," an unpredictable roleplaying scenario which may or may not be a ploy to steal Van Orton's fortune and leave him for dead.  Fincher packs the film with uncertainty and dread, as Van Orton finds himself persecuted from every direction, even by those he trusts.  The script offers countless unpredictable turns, keeping both Nicholas and the audience guessing until the last moment, while the cast delivers sturdy performances that make this labyrinthian thriller ring true. 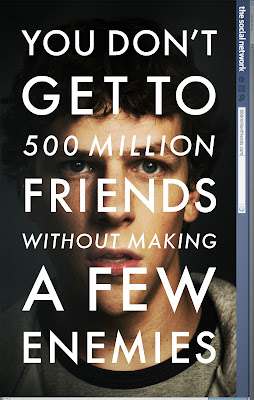 Leave it to Fincher and screenwriter Aaron Sorkin to take a movie about the creation of a social media website and turn it into a riveting dramatic thriller.  The (sorta) true story of the creation of Facebook and its founder Mark Zuckerberg's resulting legal troubles could've been a dull piece of techno-babble, but instead the filmmakers focused on Zuckerberg's personal relationships and his inability to relate to other people on a humanistic level.  Jesse Eisenberg plays Mark almost as an Asperger's sufferer; he approaches every situation analytically and speaks in the most blunt terms possible, almost as though sugarcoating would be a waste of energy.  This alienates almost all of his friends, and he finds himself embroiled in lawsuits, both from his roommate and FB co-founder Eduardo Saverin, and from the Wiklevoss twins, who claim he stole their idea.  The Social Network is presented as a tense, powerful, dialogue-driven pseudo-thriller, and the screenplay by the always excellent Sorkin moves along just fast enough to drive the story but not so fast we can't follow it.  In lesser hands this story would have focused too much on the technical aspects and lost the characters, but Fincher and co. know exactly how to hook the audience and never let go.

NOTE: It was extremely tough for me to rank these last two - they're two of my all-time favorite films and each is a fantastic illustration of David Fincher's considerable talent.  It's a case of #1 and #1A. 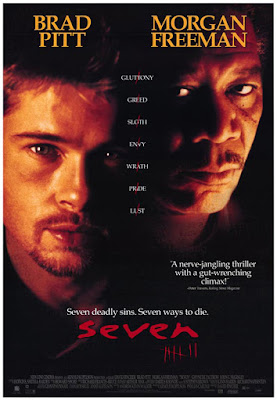 Fincher's second film is in my estimation one of the greatest suspense thrillers ever made, and it truly put him on the map as one of the great young directors of the time.  This unflinchingly austere shocker concerns a series of murders based on the Seven Deadly Sins, pitting a psychotic genius against the two detectives trying to stop him.  The filmmakers' ingenuity is incredible (not to mention revolting), as Andrew Kevin Walker's script invents unexpectedly grisly ways for the killer's victims to die, while making us care about the protagonists beyond their occupational role in the film.  Morgan Freeman as the aging, cynical veteran and Brad Pitt as the idealistic rookie have splendidly uneasy chemistry until their investigation brings them together.  And of course the surprise late-game introduction of Kevin Spacey as the killer is one of cinema's illustrious character reveals.  Se7en is as magnificent an example of its genre as just about any other thriller, aided by an airtight script and Fincher's desolate noir-influenced direction. 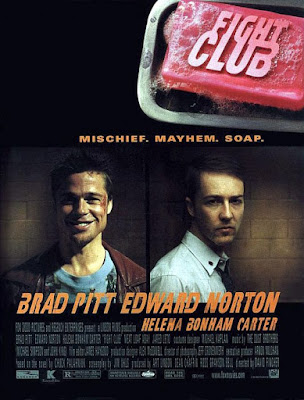 What puts Fincher's adaptation of the Chuck Palaniuk novel just a hair above Se7en is its visual originality, its numerous narrative layers, its social commentary, its gloriously excessive tone, and its impact on pop culture.  Fight Club is the story of an unnamed narrator's growing disillusionment with consumerism and modern living.  He seeks solace in support groups and eventually meets a mercurial free spirit named Tyler Durden, starts the titular Fight Club where men beat the shit out of each other to feel alive, and before he knows it he's started an anti-capitalist revolutionary group that's completely gotten away from him.  Edward Norton and Brad Pitt are perfectly cast as the two leads, building a totally convincing co-dependency until the third-act reveal that they are in fact the same person (one of the greatest plot twists in movie history).  Fight Club is subversive, outrageous, brutal, and hilarious, and for me it's the definitive David Fincher film, the one he'll be remembered for.

Posted by Justin Enuffa Ballard at 10:29 AM