Welcome to another Halloween-themed (but not really) Top Ten Things, here at Enuffa.com.  Instead of this column relating to Halloween and all things scary, instead it's October-centric.  Specifically I'll be counting down the top ten October PPV wrestling matches.

While pro wrestling's autumn season (falling as it does between the SummerSlam peak and the beginning of The Road to WrestleMania) has been pretty consistently known for B-level PPVs, shoddy writing, and rather stale characters, many of the October PPVs over the years have produced some excellent matches.  Here now are the ten greatest October PPV matches of all time. 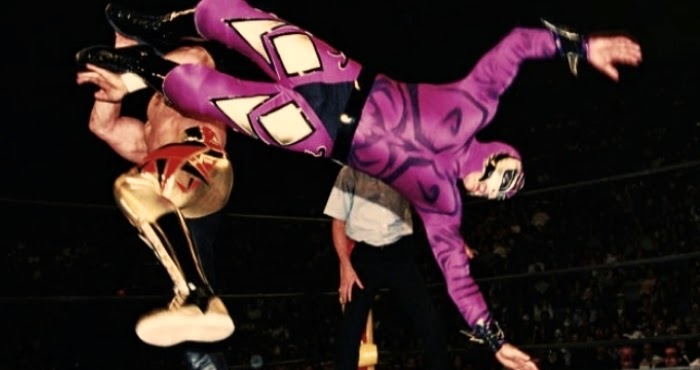 Quite possibly the greatest WCW Cruiserweight match of all time, Guerrero vs. Mysterio was voted WCW's Match of the Year and it's not hard to see why.  The action was breathtaking and impossibly fast.  Both men were in peak form and easily upstaged the rest of the WCW roster.  Mysterio won the Cruiserweight Title with a stunning top rope hurricanrana. 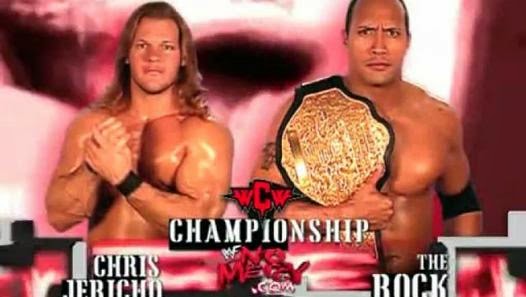 This was the match that elevated Chris Jericho to a main eventer.  For the previous two years he had struggled to rise past upper-midcard status, but on this night he bested The Rock for the WCW Title in a spectacular 24-minute war, turning heel in the process.  Sadly the company hotshotted the belt back to The Rock only two weeks later, but this match proved Jericho could hang with the WWF's top stars and deliver a classic main event. 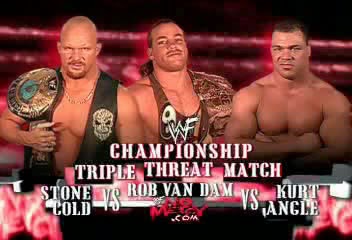 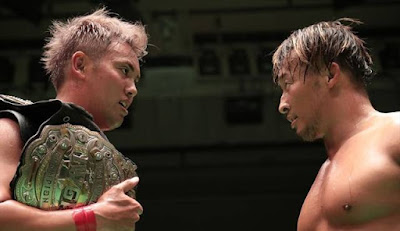 Another in a long line of marvelous "big time" matches for Okada, this one pitted the IWGP Champ against Pro Wrestling NOAH's longtime ace, and delivered on all levels.  This back-and-forth battle raged for 28 minutes and Marufuji nearly had Okada's number on several occasions with his precision head kicks, but Okada nailed a Rainmaker clothesline that knocked both guys down, and finally came back moments later with another Rainmaker, this time at full power.  An excellent showing by both wrestlers. 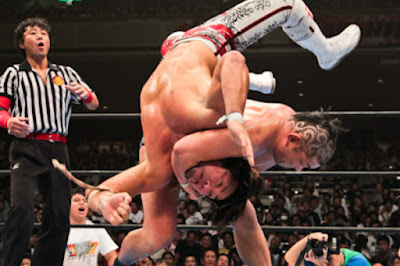 At the inaugural King of Pro-Wrestling PPV in 2012, IWGP Champ Hiroshi Tanahashi faced Minoru Suzuki in an epic 29-minute match with loads of psychology and nary a pin attempt until the very end.  Suzuki worked the bejeezus out of Tanahashi's arm while Tana worked Suzuki's leg using dragon screws and the cloverleaf.  Tanahashi finally took this down with two Hi-Fly Flows.  Just stupendous wrestling and psychology, and incidentally this bout was named Match of the Year by the Observer.

The predecessor to the TLC match, this was the first-ever tag team Ladder Match and featured some of the most incredibly audacious spots ever seen up to that point.  These four men went into the match as underdogs clawing for their place on the roster, and left as trend-setting cult heroes, having brutalized themselves and each other for the crowd's enjoyment.  This was just the beginning of one of the all-time great tag team rivalries. 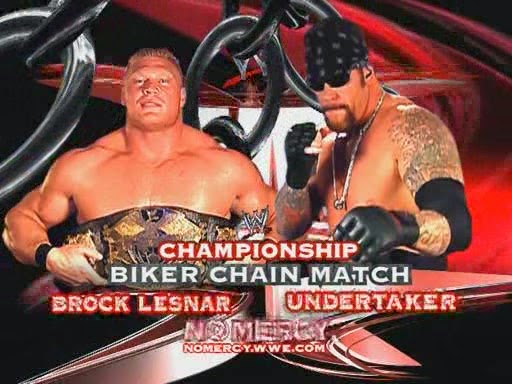 No Mercy 2002 included two of the five best matches of the year in my opinion.  The show's main event is one of the most brutal matches I've ever seen.  Without relying on high spots or gimmicks, Brock Lesnar and The Undertaker locked themselves in a cage and beat the snot out of each other.  This was the first good Hell in a Cell match where the combatants didn't escape the cage and wind up on top, but it didn't stop this from being one of the very best Cell matches of all time.  By the end Taker was gushing blood, and after having a Tombstone Piledriver reversed into an F5 (in a breathtaking display of power by Lesnar), The Dead Man fell to The Beast. 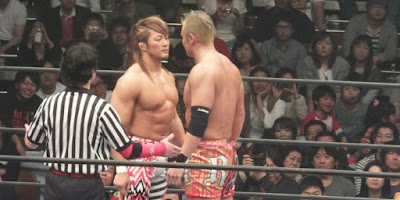 The two aces of New Japan clashed for the IWGP Title in this epic 35-minute war that topped all of their previous work.  In this match Tanahashi and Okada reversed roles, with Tanahashi playing the ruthless villain working Okada's arm unmercifully (thus negating most of Okada's offense) while Okada gallantly refused to surrender.  The crowd bought into every second; Tanahashi switched to heel tactics early, feigning a knee injury and then going for a quick rollup.  The fans did not appreciate the subterfuge at all, and Okada got the lion's share of the audience's sympathy from then on.  In terms of pure storytelling this ranks among their best matches together. 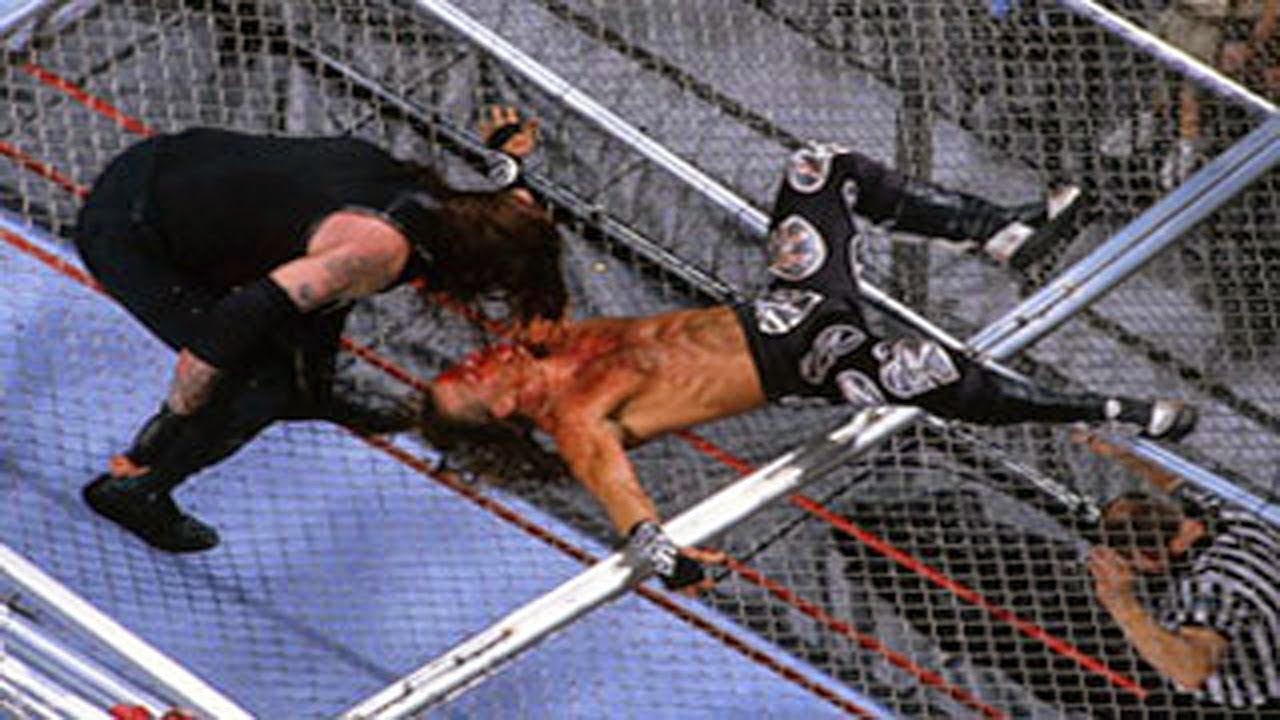 It was the match that redefined the Steel Cage as we know it, introduced the world to Kane, and embodied one of the best feuds of all time.  The first-ever Hell in a Cell match was an absolutely epic war.  The early minutes focused primarily on good traditional wrestling, while the second half became a cage-heavy bloodbath.  Shawn and Taker slugging it out on the roof of the cage was unlike anything ever seen in the industry.  Kane's interference costing Taker the match normally would knock the match quality down a peg, but the match was so good and Kane's introduction was so well-handled that it didn't matter.  To this day Shawn vs. Taker is still the greatest HIAC match in history (also the greatest October match), and I don't think it will ever be topped.


And there's my list.  Like I said, October PPVs have yielded some real classics, despite the fall generally being something of an off-season in wrestling.  Let me know your thoughts in the Comments section!

Posted by Justin Enuffa Ballard at 10:41 AM