Hello and welcome to a special Academy Awards edition of Top Ten Things, here at Enuffa.com! 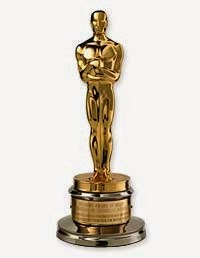 Today I'll be talking about some of the great acting award snubs in Oscar's long and glorious history.  Every year it seems there are at least one or two major films or performances that either go ignored by the Academy or lose to inferior competition.  I can think of several films now heralded as all-time classics that were shown little Oscar love back in the day - Citizen Kane, It's a Wonderful Life, and the original Star Wars for example.

Then there are the baffling upsets like Shakespeare in Love beating out Saving Private Ryan, Ordinary People being chosen over Raging Bull, Kramer vs. Kramer over Apocalypse Now, and of course Forrest Gump trouncing both Pulp Fiction and The Shawshank Redemption.

Additionally certain universally-acclaimed films over the years have simply been shut out of the proceedings.  Hoop Dreams for Best Documentary in 1994, The Lego Movie for Best Animated Feature in 2015, and for me, Boogie Nights for Best Picture in 1997.

But maybe the most common examples of the Academy failing to recognize deserving achievements fall into the acting categories.  So many great performances have gone unnoticed by the myopic Oscar over the decades.  I can name many more than ten, but this being a Top Ten Things column I've narrowed it down to what I feel are the ten most egregious snubs in Oscar history.

***Note*** Given how difficult it is to rank acting performances I'll be presenting these in chronological order. 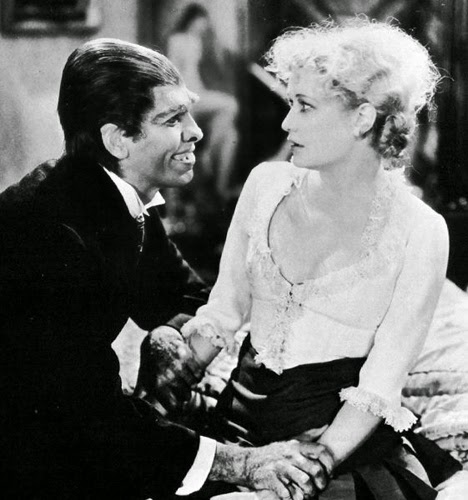 As fiery dance hall girl Ivy Pearson, Hopkins delivered a performance on par with her Oscar-winning co-star Frederic March.  Their onscreen chemistry was phenomenal and helped elevate this version of Stevenson's classic novella into much more than a typical 1930s monster movie.  Throughout the film Hopkins' character is horribly victimized by the sadistic, abusive Hyde, and she amazingly conveys Ivy's desperation and hopelessness.

Key Scene: Ivy visits Dr. Jekyll for help, unaware that he and Hyde are one and the same.  As she implores Jekyll to save her she erupts into tears while he looks on, overwhelmed by guilt at being the cause of her torment.  This is a heartbreaking scene. 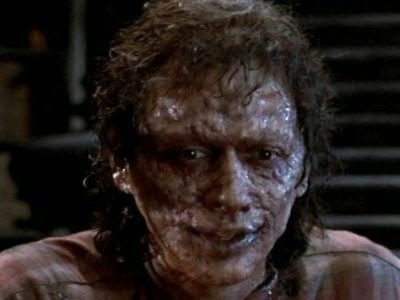 Another horror film that didn't require an Oscar-worthy performance per se, David Cronenberg's remake of The Fly is largely remembered for its gross-out makeup effects, as its protagonist Seth Brundle gradually deteriorates into a repulsive larva-man.  But underneath all that disgusting makeup is Jeff Goldblum, who went above and beyond to make Brundle into a three-dimensional character we simultaneously fear and pity.  The film is essentially an AIDS parable; Brundle's condition is presented as a cellular disease that both breaks down his body and strips him of his humanity.

Key Scene: Late in the film Brundle's ex-girlfriend Veronica (Geena Davis) visits his apartment one final time.  By this point Brundle has become a lumpy brown mass with insect mannerisms whose human side has almost totally receded.  He warns her to stay away, delivering a tragic monologue about the brutality of the insect brain. 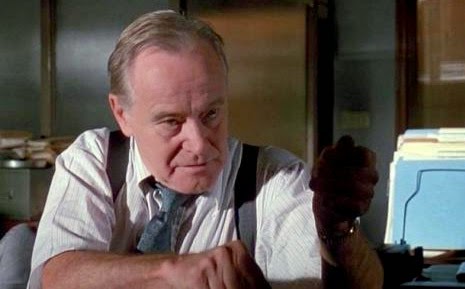 Unreal that this guy wasn't nominated.  In a Best Actor category featuring a journeyman Clint Eastwood turn (Unforgiven's a great film but Eastwood's onscreen work certainly isn't the highlight) and an award-winning Al Pacino caricature that qualified more as a Lifetime Achievement nod, Jack Lemmon's uncomfortable, desperate portrayal of declining salesman Shelly "The Machine" Levine absolutely deserved a nomination.  Lemmon is the glue that holds together this superb adaptation of David Mamet's play, and while this film features numerous virtuosic performances, Lemmon's is the standout.

Key Scene: Watch and cringe as Levine visits a prospective client in his home, and in growing despondency all but forces a real estate sale down the guy's throat before ultimately being rebuffed and forced to take that sad walk out into the pouring rain.

The Academy has been criminally unkind to Mr. Oldman over the years, only rewarding this amazing chameleon with one Oscar, after almost two decades of inexplicable snubs.  Perhaps Oldman's best performance was as the gleefully villainous DEA agent Norman Stansfield in The Professional.  Oldman's work in this movie absolutely qualifies as scenery-chewing and could most aptly be described as operatic.  Every moment he's onscreen one gets the sense that he's having the time of his life in this role.  This is one of the great villains in film history.

Key Scene: Early in the film Stansfield and his crew stage an impromptu raid on an apartment where their seized drugs are being stashed.  Stansfield delivers a speech about the merits of classical music, flies into a rage after being shot (only because his suit has been damaged), and chastises the old lady next door for interrupting him.  This entire sequence is absolute gold, and Oldman steals the film. 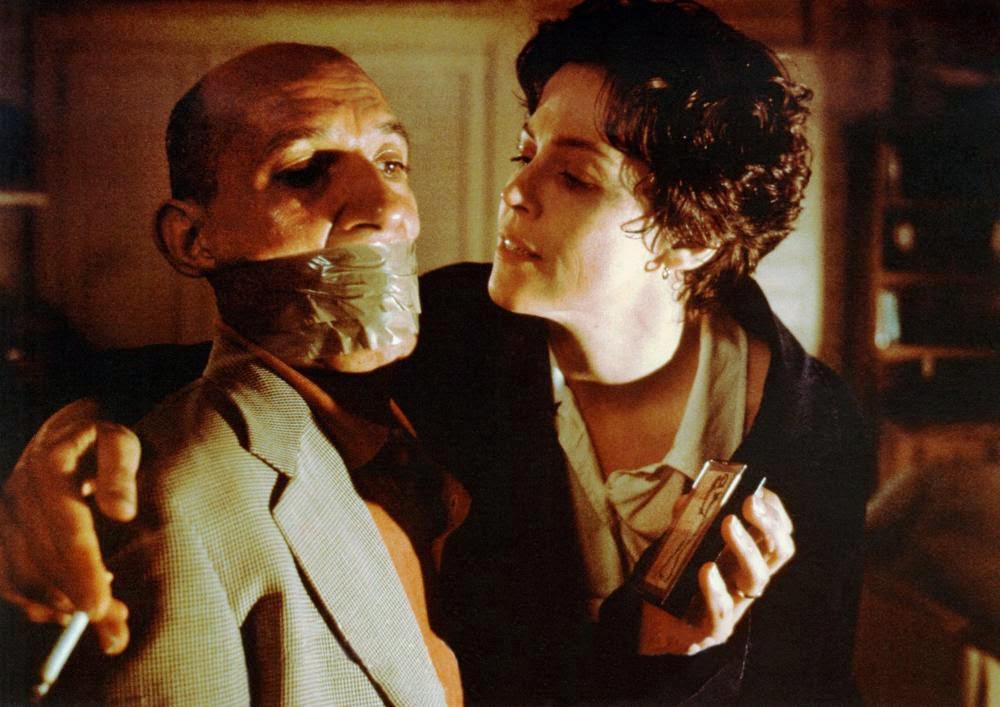 Roman Polanski's adaptation of the 1990 play tells the story of Paulina Escobar, a former political prisoner in South American during a fascist regime who was tortured and raped by the doctor assigned to her care.  One night her husband brings home a strange man whose voice she recognizes as the very same doctor, and she takes him hostage as punishment.  Weaver plays Paulina as a deeply damaged but idealistic woman, who has nearly come to grips with her past experiences before they're suddenly thrust back into her life.  She is seething with anger and resentment but also desperately wants to convince her skeptic husband she's correct about the identity of their visitor.  This is probably Weaver's finest work. 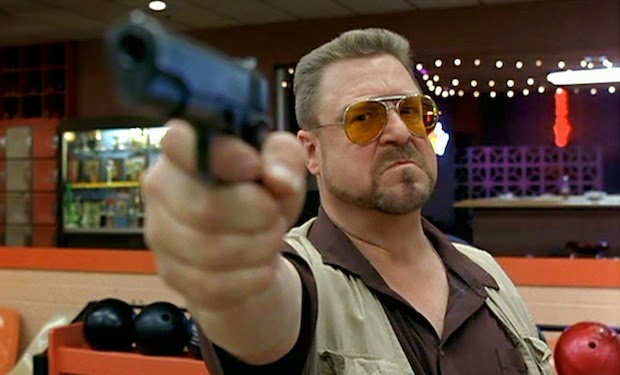 Walter Sobchak has become one of the most iconic comedy sidekicks of all-time, thanks in no small part to John Goodman's absolutely hysterical portrayal.  Goodman produces a showstopping high-wire act, bestowing the character with a manic derangement and providing some of the best-delivered swearing in cinema history.  In terms of comedic performances Goodman ranks right up there with Kevin Kline in A Fish Called Wanda.

Key Scene: The mortuary scene features Sobchak moving from melancholy to growing impatience to explosive rage in the span of about 90 seconds, and it's all brilliantly hilarious.

I consider Moore one of the best and under-Awarded actresses in Hollywood.  Few women in the industry can boast careers as diverse and adventurous as hers.  Moore was nominated for Best Supporting Actress for Boogie Nights but (shockingly) lost to Kim Basinger.  Her work in Magnolia was just as strong and deserved another nod.  As Linda, trophy wife of dying media mogul Earl Partridge (Jason Robards), Moore shows us a woman consumed with the guilt of marrying a man entirely for his money and routinely cheating on him, and only after he is diagnosed with terminal cancer discovering she truly loves him.  Linda is so crippled with regret she can't bear to accept whatever inheritance Earl is about to leave her.  In a relatively small amount of screen time Julianne Moore delivers one of the standout performances in a film packed with great acting.

Key Scene: Linda goes to see Earl's lawyer begging to be removed from the will.  His answers don't satisfy her at all, and she frantically starts berating him.  To this day I can't hear the phrase "shut the fuck up" without thinking of this scene. 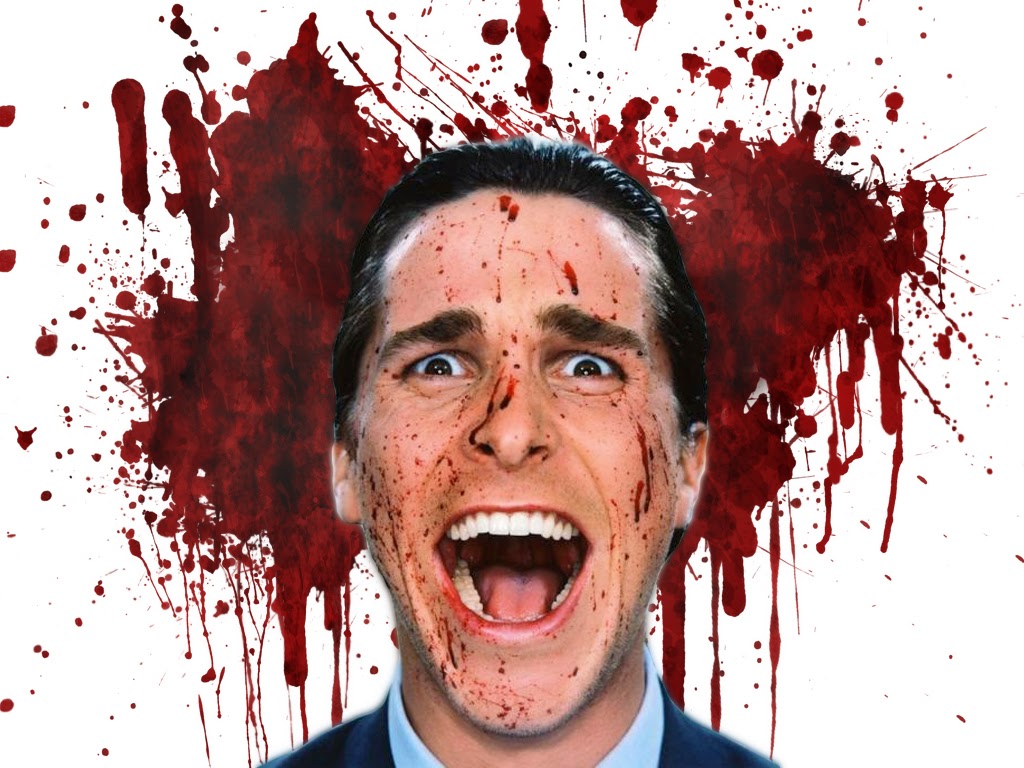 For fans of Mr. Bale like myself, this is the movie/performance that put him on the map.  In the vein of anti-heroes like Alex from A Clockwork Orange or Taxi Driver's Travis Bickle, Patrick Bateman is a loathsome character the audience should be unable to stomach for a full two hours.  But like Malcolm McDowell and Robert DeNiro, Christian Bale makes Bateman absolutely fascinating to watch and even makes us sympathize with him from time to time.  This is one of those characters I literally can't imagine being played by anyone else (and also one of the most eminently quotable).  That the Best Actor Award for 2000 went to Russell Crowe for portraying a glorified action figure while this performance was ignored by the Academy is truly mindboggling.

Key Scene: It's tough to choose just one defining moment, but the scene where Bateman plies Jared Leto with alcohol and gives a dissertation on the virtues of Huey Lewis and the News before swinging an axe into his face is both one of the funniest and most horrific. 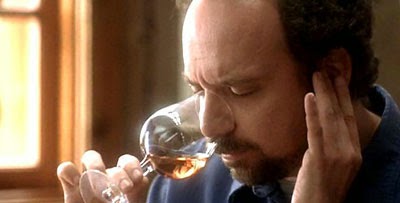 This might be the most heinous omission in Oscar history.  The critically-beloved Sideways earned nominations for Best Picture, Best Director, Best Supporting Actor, Best Supporting Actress, and Best Adapted Screenplay (which it won), but apparently someone forgot to inform the Academy that the best thing about this film (by FAR) was Paul Giamatti's pitch-perfect performance as Miles Raymond.  Whether it's the prideful way he instructs his friend Jack how to taste wine, his unwittingly self-reflective explanation of his love for Pinot Noir, or his frenzied attempt to get drunk at a tasting after learning his book's been rejected for publication, Giamatti carries the film on his shoulders and makes us completely identify with this deeply flawed and damaged character.  I'm still angry about this one.

Key Scene: Probably the aforementioned monologue Miles presents Maya (Virginia Madsen), describing his affinity for Pinot Noir.  It's clear to us (but not him) he's not really talking about the grape but about his own fragility and why it takes a special person with an unusual palette to appreciate him. 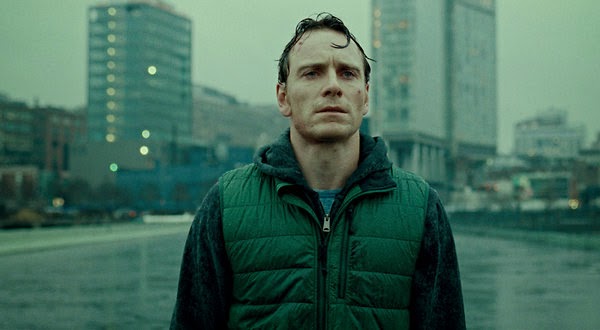 I consider Fassbender one of the most captivating actors working today.  He manages to completely embody every character and elicits the perfect audience response, no matter how uncomfortable the experience might be for us.  Case in point is his turn as sex addict Brandon Sullivan in Shame.  Fassbender plays Brandon as a man emotionally exhausted by his all-consuming need for sexual gratification, who has learned to live with this joyless existence until being visited by his sister.  Sissie's presence forces him against his will to reexamine his dysfunctional lifestyle, and this increasing anguish reaches a self-abusive fever pitch.  The way the story is presented, Brandon could just as easily be a drug addict and it would play out similarly.  This is the performance of Fassbender's career so far.

Key Scene: After verbally lashing out at Sissie, Brandon goes on an all-night sex bender culminating in a three-way with two prostitutes.  His facial expression as he climaxes conveys every defining emotion of this character without him having to say a single word.  It's an absolutely haunting scene.

Hey look, a bonus entry!  The 93rd ceremony was an unusual one indeed, restricted by COVID and split into two locations without a proper audience.  Not only that but the qualifying release window was extended to the end of February 2021 to accommodate more films.  One movie that went shockingly unrepresented was Spike Lee's exploitation war film Da 5 Bloods, about a crew of Vietnam vets who travel back to the scene of the....war, to retrieve a treasure they'd buried during the skirmish.  One member of the group has PTSD and becomes the film's de facto villain, while still remaining kind of tragically sympathetic.  This character provided a vehicle for the movie's standout performance, by veteran character actor Delroy Lindo.  Lindo is truly frightening as Paul, obsessed with finding the loot and also riddled with guilt that he may have accidentally shot his comrade in whose memory the treasure was buried.  I was more than a little shocked that Lindo wasn't acknowledged with an Oscar nod; this might be his best performance.
Key Scene: Paul's hallucination of his dead friend (Chadwick Boseman), wherein he finally grapples with the guilt he's been suppressing for decades.

Well that'll do it for this edition of Top Ten Things.  If you haven't seen some or all of these performances, seek them out immediately!  If there are some criminally snubbed acting accomplishments you'd like to add, let me know in the Comments section below, and follow us on Facebook, Twitter, MeWe and YouTube!