Welcome to another edition of Top Ten Things, here at Enuffa.com!  It's a list of ten things that stand aTOP all other things.  See? 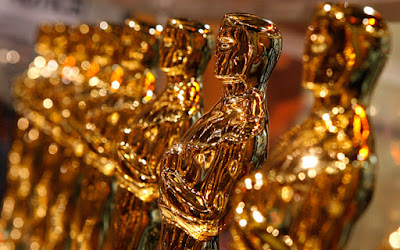 Well we are in the midst of movie awards season, which for me means a mad dash to catch up on all the Oscar bait I haven't seen yet.  Thus when the Golden Globes and Oscars roll around I'll be much more educated and opinionated about the winners and losers.  Over the years we've seen some pretty shocking winners; some pleasant surprises, some bile-churning outrages.  Very often it seems Mr. Oscar suffers from acute myopia, as literally dozens of Best Picture winners fail to make much of a lasting impression on the American lexicon, while many of the losers are universally lauded as masterworks for decades to come.  The same can be said of individual performances and the actors attached to them.  Sometimes an actor or actress can win the gold statue and go on to do literally nothing of note, while perpetually snubbed thespians continue to impress critically and commercially despite the lack of Academy love.

So let's take a look at the eleven most noteworthy upsets in Oscar history.  This list includes nominees for Best Picture, Director, and acting awards. 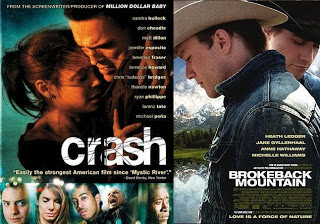 One of the most infamous recent shockers took place in 2006, as Paul Haggis's ensemble piece about racial tensions in America took home the gold despite the outpouring of support for Ang Lee's touching cowboy love story.  Almost immediately Crash suffered something of a backlash, and few people today recall it as an all-time classic, while Brokeback Mountain helped launch the serious acting careers of Jake Gyllenhaal, Anne Hathaway, and of course the late Heath Ledger.  For the record I enjoyed both films but I didn't consider Crash a multiple-time watch. 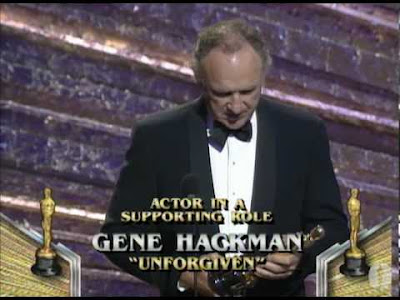 The 1993 ceremony saw a battle of heavyweights in the Best Supporting Actor category, as the respective villains of Clint Eastwood's understated Western and Rob Reiner's courtroom drama went head-to-head.  Hackman took the award but it's Nicholson's performance that is much more remembered (and quoted) 20-plus years later, as the iconic Col. Nathan Jessup.  Lines like "You can't handle the truth!" and "Are we clear??" "Crystal." are part of our vernacular, while Hackman's turn as Little Bill Daggett, though certainly quite skillful, was far less memorable. 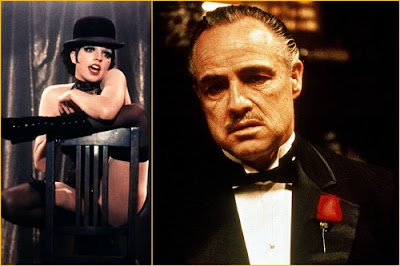 Speaking of memorable vs. not-so-much, in 1973 choreographer/musical theater director Bob Fosse won the Best Director award for Cabaret, despite Francis Ford Coppola seeming a shoe-in for his masterful work on The Godfather.  The epic mafia drama has since become an essential part of any cinephile's collection, while Cabaret is.....well, not so much. 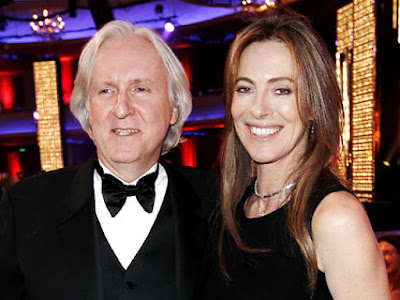 2009-10 was the year James Cameron's Avatar destroyed all box office records, much as his Titanic had done 12 years earlier.  After a very prosperous Golden Globes for Mr. Cameron, he seemed poised to take home the Best Director and Best Picture Oscars as well.  But as it turned out his ex-wife Kathryn Bigelow was the spoiler that night.  Her intimate wartime character study The Hurt Locker nabbed both awards, much to everyone's surprise (and to my relief if I'm being honest).  Oddly though, The Hurt Locker has somewhat faded from the public consciousness, while Avatar became relevant again (in a roundabout way) thanks to its massive box office take being eclipsed by The Force Awakens. 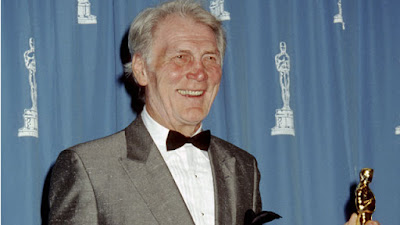 The Best Supporting Actor Oscar for 1991 went to a very unconventional nominee, Jack Palance, for his roughly seven-minute-total performance in City Slickers.  Jack played nails-tough boss rancher Curly opposite Billy Crystal's craven ad salesman, with uncomfortably hilarious results.  While Jack's scenes were highly entertaining, it's hard to make the case that his work outshone that of Harvey Keitel and Ben Kingsley in Bugsy, Michael Lerner in Barton Fink, and especially Tommy Lee Jones in JFK. 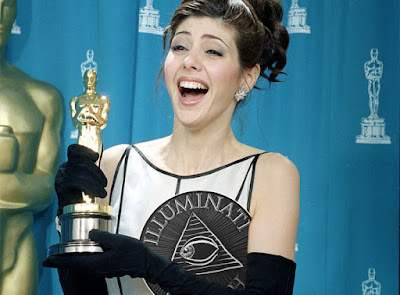 For the second year in a row a Best Supporting trophy went to a highly unexpected recipient for a comedic turn.  Marisa Tomei's performance in My Cousin Vinny was certainly significant to the film, and tremendously enjoyable, but it was a pretty strange choice for the win.  For years rumors persisted that presenter Jack Palance went into business for himself and read the wrong name.  Of course that could never happen; the Academy's higher-ups would instantly put the kibosh on such an event. 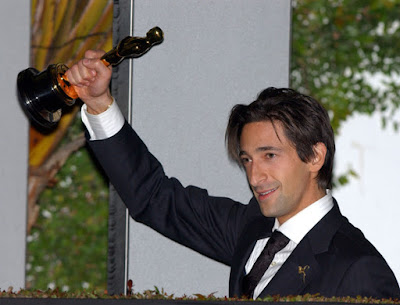 Probably the most shocking Best Actor upset occurred in 2003, when relative unknown Adrien Brody defeated four former Best Actor winners in Jack Nicholson (About Schmidt), Nicolas Cage (Adaptation), Michael Caine (The Quiet American), and especially Daniel Day-Lewis who, as Gangs of New York's Bill the Butcher, created one of the all-time great movie villains.  This remains Brody's only Oscar nomination to this day. 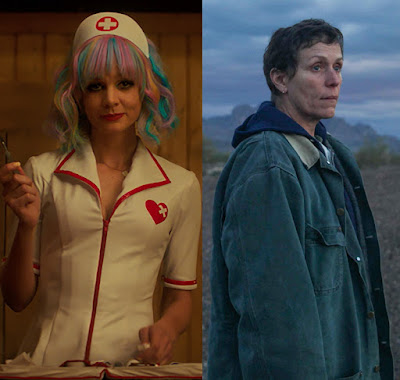 Look, Frances McDormand is one of the all-time greats.  Her performances in Fargo and Three Billboards garnered 100% deserved Best Actress trophies.  But from where I sit, her turn in Nomadland, while a fine performance, didn't hold a candle to Carey Mulligan's tour-de-force in Promising Young Woman.  In PYW's damaged protagonist Cassandra, Mulligan conveyed years of heartbroken anguish, buried white-hot rage, shame, and even a little longing for normalcy and affection she's not sure she deserves.  The film rests squarely on her shoulders and I can't picture anyone else playing the role of Cassie.  This was one of the great, commanding film performances and it deserved the statuette.
3. Gwyneth Paltrow (Shakespeare in Love) over Cate Blanchett (Elizabeth) 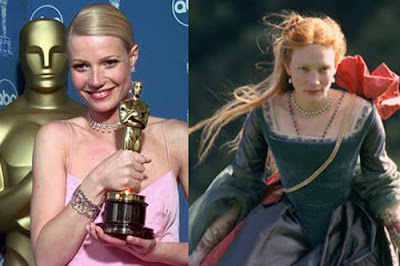 Now we reach the portion of the list where the results were truly baffling.  1999 saw Gwyneth Paltrow's performance in the period romantic comedy Shakespeare in Love defeat Cate Blanchett's career-making turn in Elizabeth.  I'm still scratching my head over this.  Paltrow was fine, but there's simply no comparison between her Viola and Cate's Queen Elizabeth.  It's not even close, Blanchett OWNED that Oscar.

2. How Green Was My Valley over Citizen Kane 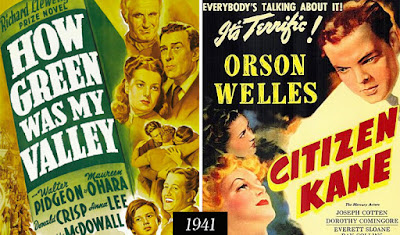 1942 was the year the Academy failed to recognize the eventual Greatest Film of All Time, according to consensus.  John Ford's mining community drama inexplicably took the Best Picture award, edging out Orson Welles' masterpiece, and cinephiles everywhere have been trying to make heads or tails out of it ever since.  It's possible Welles' status as a deeply polarizing figure at the time played into the Academy's decision, but regardless this seems the earliest clear example of Oscar's shortsightedness.  Kane will always be remembered as one of the greatest achievements in cinema history, while How Green Was My Valley is hardly remembered at all. 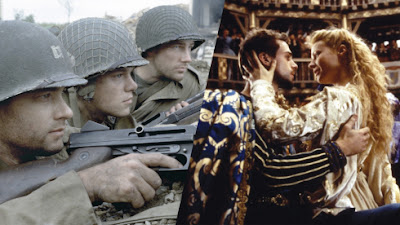 Here we are.  The most offensive upset in Oscar lore.  Steven Spielberg's game-changing World War II epic Saving Private Ryan was seemingly destined to follow in the footsteps of his Holocaust drama Schindler's List and take in a huge haul at the annual ceremony.  SPR was one of those important historical "event films" that achieved such realism it rendered all other war films obsolete.  Then along came the Twelfth Night/Romeo & Juliet mash-up Shakespeare in Love, which was full of lighthearted humor and romance, and for some reason the Academy went gaga for it.  Worst of all it was frequent Spielberg collaborator and action movie badass Harrison Ford who delivered the catastrophic news to everyone.  I felt so betrayed.  This one incident to me defines the phrase "robbed of an Oscar," as Saving Private Ryan was quite objectively the better film by a country mile.  Who even considers Shakespeare in Love a classic or important film 17 years later?  Does anyone ever pop this tripe into the DVD player nowadays?  Christ Oscar, get your head outta your ass!

And there you have it - my picks for the most shocking upsets at the Oscars.  Enjoy the rest of your movie awards season, and comment below with some of your picks!

Posted by Justin Enuffa Ballard at 9:11 AM