WWE Money in the Bank 2015 Predictions!!

Welcome to what has become a biweekly tradition at Enuffa.com, the WWE PPV Predictions column, where my associate Dan Moore and I break down WWE's upcoming "special events." 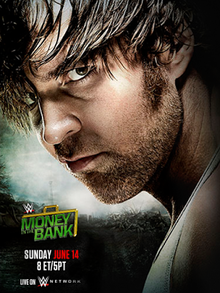 After a pretty great Elimination Chamber show, WWE has assembled another strong on-paper lineup, and while the build has been uneven as usual, I look forward to several of the bouts. 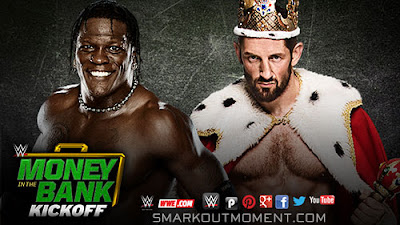 Jeezus, Barrett's in a career free-fall.  I don't understand a) why they can't just push the guy as a dominant midcard bully and b) why having anyone win the King of the Ring tourney ruins that person's life for at least six months.  Anyway, this feud's pretty pointless and these two have wrestled each other about a million times on free television, with Truth usually getting the upset win.

Justin's pick: Christ, give Barrett a win, will ya?
Dan's pick: POINTLESS. How do you make a half assed, on the fly KOTR tourney, pick a guy to win it & then just bury him? I don't get it. The Truth will set you free. 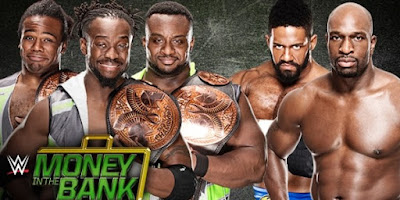 I found it odd that PTP was the last team eliminated in the Chamber two weeks ago, being that they just got back together and hadn't really been built up again.  That said, I'm glad Young and O'Neil are a team once again, since they're 2014 split was utterly useless for both guys.  This match should be solid. 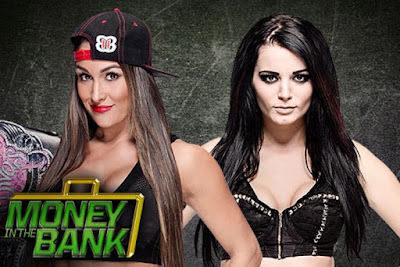 The Divas division is still a clustermess, with no clear moral alignment from anyone.  Are the Bellas heels or babyfaces?  Which one is Paige?  None of this shit makes any sense.  Is the entire division stuck in the "shades of gray" Attitude Era?

Justin's pick: Nikki retains, probably until she eclipses AJ Lee's record-breaking Title run.
Dan's pick: I think they'll have Nikki break the record. Just so Mrs. Punk is outta the record books. (BTW, they should really be making a bigger deal of Nikki's streak here, right? Make it sound like a big deal, get some intrigue & suspense into this thing) 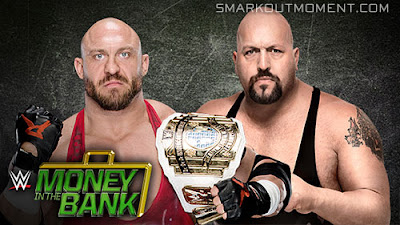 Really?  This is the best challenger you could come up with for Ryback?  You are aware Ryback is taking up Daniel Bryan's old job of restoring the IC Title to prominence and prestige, yes?  Fuck me..... 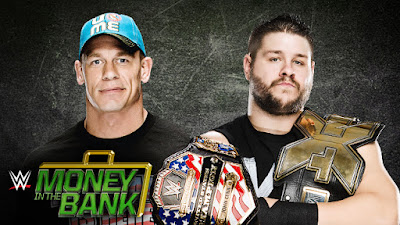 After a near show stealing match at EC, these two have the stiff challenge of topping themselves.  I think they can do so now that they'll be more comfortable with each other in the ring.  Owens has been booked superbly, so let's hope WWE doesn't screw this up.


Money in the Bank Ladder Match: Roman Reigns vs. Randy Orton vs. Dolph Ziggler vs. Sheamus vs. Kofi Kingston vs. Neville vs. Kane 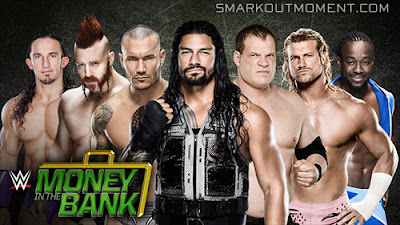 On paper this looks like a fine Ladder Match (though again I'm pretty burned out on this concept and it needs to be a once-a-year-at-most kinda thing.  I'm not sure why Kofi is suddenly being thrust into singles action when he's got a great three-man team going, but I'm sure he'll pull off some spectacular stunts, as will Neville.  What the flyin' hell is Kane doing in this match?  I guess if Kane were to win he could use that as something to hold over Rollins' head, which could be entertaining.  But fuck, man, the guy's almost 50 years old.  He needs to be phased out as an active competitor.

Justin's pick: Roman Reigns is the obvious choice, and Sheamus is the dark horse.  I guess Reigns presents more creative options than Sheamus, so I'll go with Rock's cousin.
Dan's pick: Yeah, the only entrants with a shot are Sheamus and RR. I prefer when a heel has the briefcase so he can score a title shot in nefarious ways, but I think Reigns takes it. 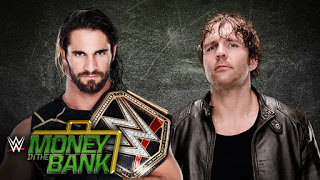 These two stole the show at Chamber and I fully expect them to do the same here.  I could watch Ambrose and Rollins pretend to beat each other up all day long.  Unlike the multi-man Ladder Match, I still really enjoy the one-on-one variety, as they can actually tell a story while taking sick bumps.  This should be great.

Justin's pick: Rollins retains and gets his strap back after Ambrose's theft of said item.
Dan's pick: Seth for the win here (though here's what I'd like to see: RR wins the briefcase. Seth & Dean go at it in a vicious brawl, with Ambrose coming out as champion, to be congratulated by his friend Roman...who promptly bashes Ambrose with said case, and pins him for the heel turn and the win. Sets up Reigns v Ambrose for the belt for summer slam, and Brock comes back as a good guy to get revenge on Rollins in the co-main event. BOOM - perfect booking)


That's certainly a popular scenario - a lot of folks are predicting exactly that.  I'd be okay with it, but I dunno how likely a Reigns heel turn is.


There's our MITB picks.  The show looks like another solid piece of bidness from WWE.  Let's hope it lives up to the promise.  See ya next time!
Posted by Justin Enuffa Ballard at 4:45 PM