And we're back for another set of official Enuffa.com WWE PPV Predictions!

This Sunday is the annual B-level PPV, Battleground, which this year is actually pretty stacked.  The 2013 and 2014 editions were widely considered the worst WWE shows of those respective years but with Brock Lesnar being included this time, there's a chance for the 2015 edition to be a solid outing.  The WWE product has been stagnant as ever of late, but there have been a few bright spots such as the US Title scene, the return of Brock Lesnar, and a smattering of NXT stars.  So there's certainly no shortage of talent on the roster, it's just up to Creative to properly use what they have, which they rarely ever do. 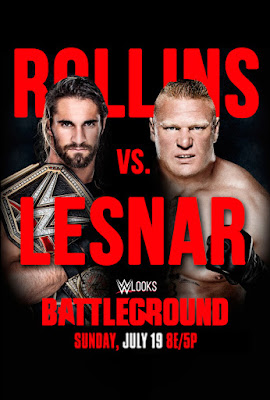 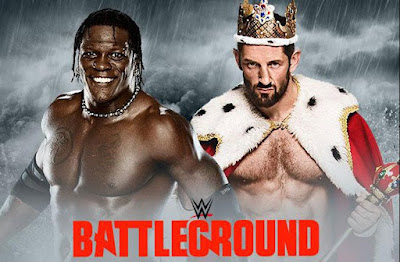 Jeezus H. Christ, can we put this feud to bed already?  No one cares, and you've succeeded in killing Barrett dead with the stupid King gimmick.  Don't bring back the KOTR tournament if winning it actually HURTS a guy's career.  Fortunately this match is for the Crown, so maybe Truth will relieve Barrett of that albatross and he can go back to delivering Bad News.


Justin's pick: Truth
Dan's pick: I have no interest in this. I hope Barrett wins. 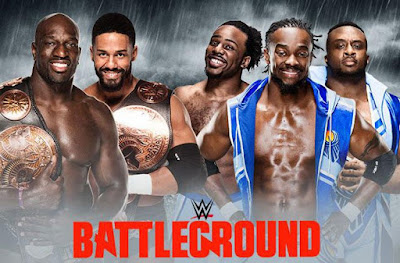 Not much going on in this feud but this should be a good match if given time.  Both teams can work and are able to connect with the crowd.  Giving the belts to PTP so abruptly seemed like a mistake given how red-hot The New Day were.  So I'm hoping Kofi, Big E and Xavier win back the straps.

Justin's pick: The New Day
Dan's pick: I agree it was a bad move taking the belts off New Day. But I still think PTP retain.


**Note: Ryback is off the show due to a staph infection, so I'm not sure what they'll do instead.  I hope it's not just Miz vs. Show.  Maybe add Ambrose to the match to determine a #1 Contender?**


Intercontinental Championship: Ryback vs. The Miz vs. The Big Show

Welp, Ryback's I-C Title run is hardly doing him or the belt any favors thus far.  Of course feuding with the two least-relevant heels on the roster doesn't help, nor does losing his first PPV Title defense by DQ.  This feud will hopefully end after BG so Ryback can move on to an actual contender. 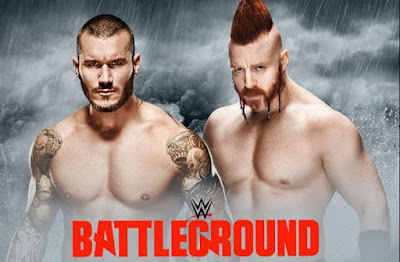 While the idea of this match doesn't exactly blow my skirt up, mostly because we've seen it so many times, this should be a decent outing.  Both guys are very strong workers and with Sheamus's new killer instinct hopefully we'll see a stiff fight.  I'm not sure where either guy is going right now, so picking a winner is tough.

Justin's pick: Sheamus is the Money in the Bank holder, thus statistically his chances aren't good.  Also Orton hasn't won a PPV match since WrestleMania.  So I'll go with the Viper.
Dan's pick: Yeah I gotta go with the Viper as well. They're kinda effin' with Sheamus holding the case. He hasn't looked to good on tv. 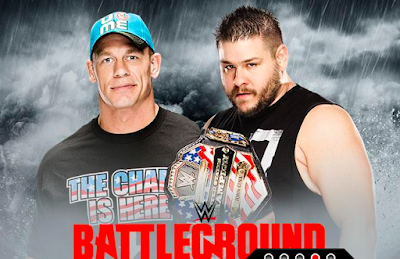 The US Title scene has been the one consistently good thing about the show, yielding two excellent Cena-Owens matches so far, plus two superb Cena-Cesaro matches.  I'd love to see Cesaro added to this feud at SummerSlam.  This match should be on par with the first two and will likely be a show stealer. 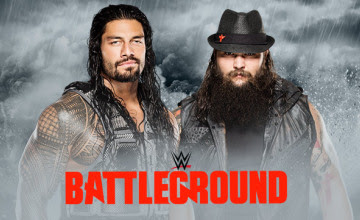 Sadly the bloom is rather off the rose for both of these guys right now.  Wyatt was built up for months just to be fed to the Undertaker and now seemingly has no purpose (which is why building 'Mania around part-timers is a terrible long-term strategy), and while Reigns has much more solid fan support than he did six months ago, he's been sorta floating aimlessly since 'Mania.  This should be a good match and hopefully at least one of these guys will be able to rebound going into SummerSlam.

Justin's pick: Reigns should win to move him back toward the WWE Title picture
Dan's pick: I think Bray takes this match. He wasn't won much at all lately. It'll make a rematch at SummerSlam much more likely. 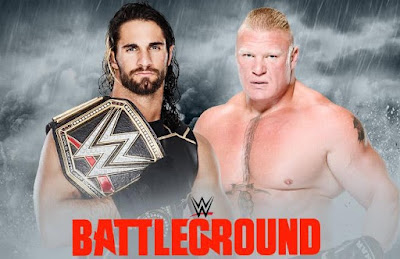 This should be a stupendous main event.  It's odd they didn't save Lesnar's return for SummerSlam, but I'm not complaining.  The Beast adds a sense of importance to any event for which he's booked, and with an amazing worker like Rollins to play off of, we could conceivably be seeing a MOTY contender.  On the minus side though, they're still wasting everyone's time with a Rollins-Kane feud.  Utterly pointless.  Why is the near-50 Kane still involved in a feud with the WWE Champion?

Justin's pick: I have to think there's a screwy ending where Rollins loses by DQ to retain the belt.  None of his cronies will be around to bail him out, so I have to think he takes the easy way out and lives to fight at SummerSlam.
Dan's pick: I gotta agree. I think they'll make it some sort of extreme rematch for the belt at SS. Unless something screwy happens, like Brock wins, then Sheamus cashes in? Hmmm...nah, Rollins wins.


Well that's all we got today.  Battleground 2015 should certainly be an improvement over its predecessors.  Enjoy everyone!
Posted by Justin Enuffa Ballard at 4:04 PM