Welcome to another song-related Top Ten Things, here at Enuffa.com!

I went to not one but two concerts last week, the second of which was the legendary Billy Joel!  So why not do a list of his greatest compositions? 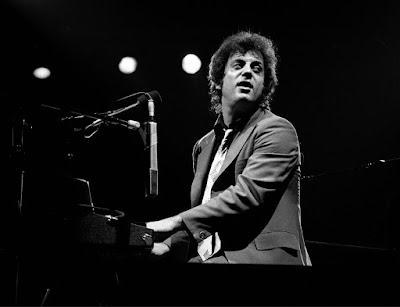 I first became aware of Billy Joel at age seven or eight, around the time of An Innocent Man, Joel's 1983 homage to the music of the 1950s and 60s, with which he had grown up.  Each song is a pastiche of a particular artist or style from that era, and even as a young boy Joel's songs immediately stood out from other early 80s radio fare.  Though I couldn't have put it into words at the time, I was drawn in right away by Joel's relatable, working-class approach to songwriting; these were instantly memorable tunes with universal lyrical themes and more often than not a rock-solid groove (Billy's longtime drummer Liberty Devitto was a monster behind the kit).  Over my subsequent childhood and adolescent years I was exposed to many more of Billy's hits, and by the time his final pop album came out in 1993 he'd racked up no fewer than 25 timeless radio standards, no small feat for a 12-album career.

Joel's discography has covered so many genres and influences (probably the most prevalent of which is The Beatles; Joel has cited them as a major inspiration on many occasions and to this day incorporates a few of their songs into his live set), giving each album its own sound and feel, and demonstrating his consummate skill in crafting robust pop-rock songs that the radio simply adores.  His live performances over the years have been wildly energetic and entertaining, but he also shows genuine humility onstage and gives each of his backup musicians ample moments to shine.

Joel decided to stop making pop-rock albums at the age of 44, after River of Dreams, but his expansive catalog of evergreen songs continues to inspire and delight new generations.

Billy's satirical take on the cynicism of the music industry and the fickleness of its audience has a peppy, upbeat sound but lyrical content bordering on resentment, with lines like "It was a beautiful song, but it ran too long/If you're gonna have a hit, you gotta make it fit/So they cut it down to 3:05."  "The Entertainer" chronicled Billy's refusal to simply churn out homogenized product to stay atop the charts, and his desire to always push himself artistically.

One of Joel's working-class anthems, "Movin' Out" explores the struggles of the New York 9-to-5 crowd, spending all their energy to achieve a higher status in life rather than attaining happiness.  In the end material wealth is not a substitute for inner contentment.  "If that's movin' up, then I'm movin' out."

I first became aware of this song as the intro theme to the Tom Hanks/Peter Scolari sitcom Bosom Buddies, but its late 70s keyboard groove still gets the ol' toes tappin'.  "My Life" is an ode to individuality, doing things your own way regardless what others think.  Another easily relatable song from Mr. Joel.

Joel's seven-minute opus from The Nylon Curtain is a tribute to the soldiers of Vietnam, its lyrics covering the details of what it was like for them, their sacrifice, their fears, their comraderie, rather than taking a stance on the war itself.  It is a poignant consideration of the Vietnam experience and a touching acknowledgement to all soldiers, living and dead.

HM: We Didn't Start the Fire

Maybe the ultimate guilty pleasure song, this iconic list song chronicling major news events throughout Joel's 40 years up to that point is undeniably catchy but also undeniably silly.  Joel himself has never been all that proud of it from a musical standpoint ("The melody is like a dentist's drill"), but it put him right back into heavy radio and MTV rotation after The Bridge's somewhat lackluster reception.  Also I can't hear this song anymore without thinking of this: 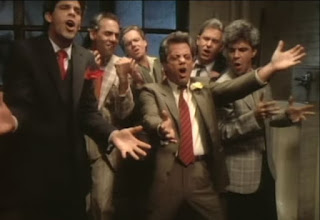 Probably the greatest achievement from An Innocent Man is this lighthearted a cappella tribute to doo wop, done in the style of Frankie Lymon.  Joel recorded every vocal track himself, an impressive feat, and the melody is instantly infectious.  This was the song that, for me as a child, solidified Joel as a truly accomplished musician.

9. The River of Dreams 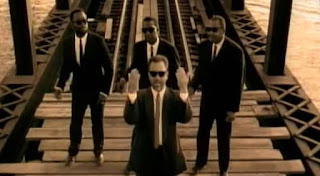 The first single off his final album, this title track is done in the style of gospel music, with a sprawling backing band and no fewer than six backup vocalists.  The song's lyrics ponder the idea of spirituality and the afterlife, with an airy, dreamlike tone.  "The River of Dreams" is unlike any other Billy Joel song and would be right at home on Paul Simon's Graceland album.

8. Only the Good Die Young 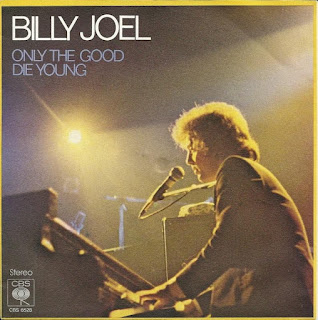 Joel's most controversial song, about a high school crush of his, sparked outrage from Catholic groups for its apparently anti-religious stance.  Joel was simply writing about a girl he wanted to hook up with, who refused his advances due to her strict Catholic upbringing.  The controversy made it an enormous hit, however, and it helped propel the album The Stranger to #2 on the Billboard charts.  My favorite line from this song is "I'd rather laugh with the sinners than cry with the saints/The sinners are much more fun."  Amen to that... 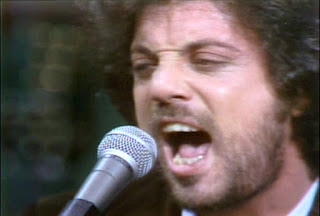 This two-part song from Turnstiles features an incredible machine-gun piano intro before transitioning into one of Joel's more introspectively mature lyrics, lamenting the futility of youthful rebellion for its own sake.  It can be interpreted that Joel is singing about himself at a younger age, having since mellowed and adopted a more positive outlook.  The main groove of this song would reappear in a later, even better one... 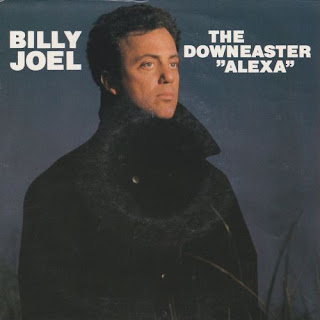 This heart-wrenching ode to struggling Long Island fishermen features a listless, syncopated feel that perfectly evokes being in a lonely boat, drifting along in choppy, unforgiving waters.  The lyrics bemoan the dying fishing industry in the area due to industrial overfishing and environmental restrictions.  The narrator has sold his house and left his family behind, putting all his eggs in the fishing basket, but grows increasingly despondent with the results.  The song's poignant futility is summed up in the final couplet, "There ain't much future for a man who works the sea/But there ain't no island left for Islanders like me." 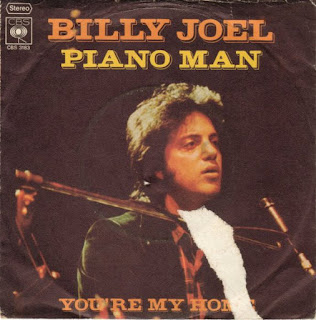 Probably Joel's most iconic tune, or at least the one he's best remembered for, is the title track off his second album.  This bittersweet, Dylanesque waltz recounts Joel's days as a bar musician, rattling off interactions he had with various patrons and bartenders.  It captures perfectly the working musician's melancholy desperation of late nights spent playing in dive bars dreaming of success and stardom (I've been there too), or the loneliness of the aging barfly ("It's sad and it's sweet, and I knew it complete/When I wore a younger man's clothes").  It's quite something to hear a stadium of 40,000 people singing along to this tune.  Also I can't listen to it without simultaneously hearing in my head Weird Al's parody "Ode to a Superhero." 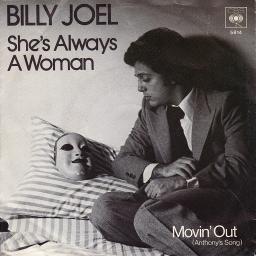 A tear-jerkingly gorgeous love song written for Joel's first wife, "She's Always a Woman' discusses her virtues and faults with equal reverence.  Elizabeth Weber was Joel's business manager for a time, helping to get his career on track after some bad early deals, but had a reputation for being a demanding, no-nonsense negotiator.  To Billy though, whatever his business associates thought of Elizabeth, she was "always a woman."  You can cry now. 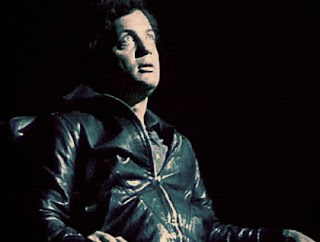 One of the first Billy Joel songs I heard as a kid was this ominous synth-driven song inspired by a bout of writer's block.  His secretary told him he looked like he was "under a lot of pressure" and suggested a song about that.  The result was a fantastic new wave-y rumination on working-class stress. 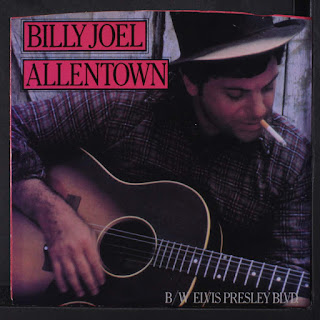 Another blue-collar anthem, "Allentown" laments the decline of the Pennsylvania steel industry in the late 70s/early 80s, while praising the grit and determination of its workers.  Technically the steel mills were located in Bethlehem, but Allentown obviously proved a catchier title and was an easier word to rhyme with.  For years this was my favorite Joel song; it's a damn-near perfect radio single, with a purpose.

1. Scenes from an Italian Restaurant 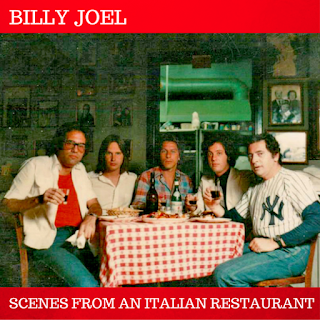 But Billy Joel's masterpiece is this Abbey Road-inspired multi-part opus, about friends (or perhaps former lovers) meeting for dinner and reminiscing about old times.  Over its seven-and-a-half minutes the song shifts styles, tempos and feels, going from a strings-heavy piano ballad to a Dixieland pastiche, before reaching the meat of the song, an upbeat pop-rock piece with a beat that echoes "Angry Young Man."  The lyrics switch to third-person and recall high school sweethearts Brenda and Eddie, who got married too young and divorced too early, much to their classmates' chagrin.  I defy anyone who knows this song to hear it without tapping along to those verse cymbal crashes.  "Italian Restaurant" is an ambitious, amazing compositional achievement from one of the great American songwriters, and remains Billy Joel's finest work.

Posted by Justin Enuffa Ballard at 9:58 AM