Oh right, there's a WWE PPV this weekend....  Nothing like a major event with only a week's build.  WWE has put about as much effort into this show as I put into these columns predicting their stuff.  So I guess, let's pick some winners?

This here is one half-assed lineup.  Six matches as of this moment, very little star power, a bunch of talents treading water until the proper 'Mania build starts.  These Saudi shows are really fucking everything up.  Christ, let's get this over with.


US Championship: Andrade vs. Humberto Carrillo 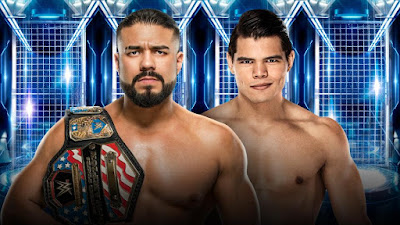 These two have had some solid matches in the past, so this could actually be good.  I'm guessing the plan for 'Mania is a four-way with these two plus Rey Mysterio and Angel Garza.  A blistering match here could help people give a shit about this title again.

Pick: I'll go with Humberto to win it? 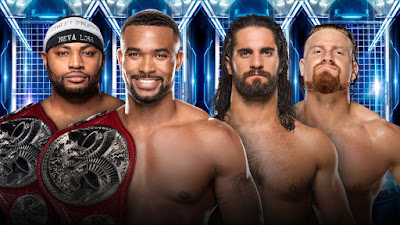 The Viking Raiders kinda got fucked out of a nice long dominant title run.  Now they are an afterthought.  Rollins and Murphy didn't really need to win these belts when they did; instead the VR and AOP should've had a hard-hitting monster feud.  So now it's Seth & Buddy against the upstart team who beat them on RAW, Street Profits.  This match should be fine, but it's just keeping Seth busy till he fights Kevin Owens next month.  Obviously the Profits are keeping the belts for now. 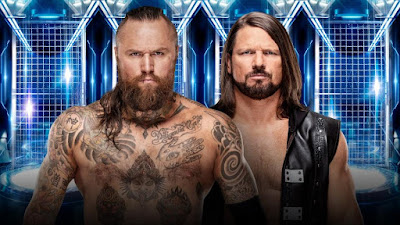 This on paper is a fantastic matchup.  But since AJ is just getting warmed up for the soul-crushing task of carrying Undertaker to a good WrestleMania match in 2020, Black is simply fodder for him at this point.  I suppose Taker could show up and distract AJ, allowing Black to win, but then where does Black go from there?  He's got no program booked for 'Mania.  Because god forbid they use the biggest show of the year to get rising stars over.  And if AJ loses here, why again should I care about him fighting Mark next month?  I'd much rather see Styles vs. Black at WrestleMania, wouldn't you?

Pick: I could easily see Black getting a surprise win off a Taker distraction 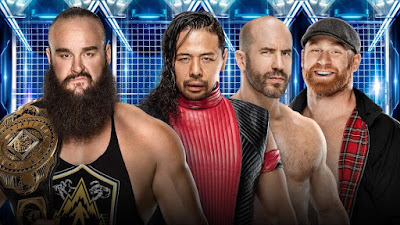 Are there three more wasted talents in WWE right now than Nak, Sami and Cesaro?  Christ.  They're really gonna do it aren't they?  They're really gonna have Braun plow through all three of them.  Wouldn't want to keep Nakamura strong so you can finally book him against Daniel Bryan on the biggest show of the year, right?  It's only a dream match the two of them have wanted for years.  Speaking of, is Bryan really being booked against Drew Gulak of all people for 'Mania?  Like, Gulak is talented and all, but wouldn't a match against Nakamura be a helluva lot more fitting of WrestleMania?  Anyway, this feud is dumb and does nothing for any of the heels.  What does Braun do after this, fight Sheamus at 'Mania, while these three are stuffed into the battle royal?  Fuck my life.... 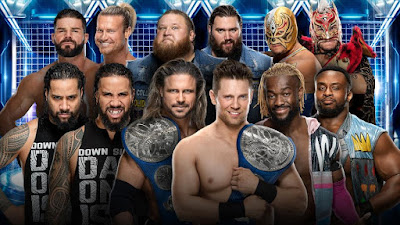 This match should be fun as there's plenty of talent, but it also feels totally thrown together.  LHP and Heavy Machinery can't be seen as serious contenders, so that eliminates them.  Also Miz and Morrison just won the belts last week.  So there seems to be little suspense about whether they'll escape with the titles.  And any multi-team match at 'Mania would be anticlimactic after this.  Not much point really, other than to have an entertaining shmozz.

Pick: Miz & Morrison retain.  And hopefully lose that stupid song they made up.  That sucks. 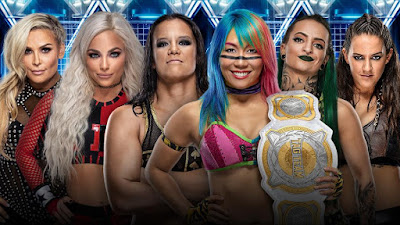 Another Chamber match that should be fun, but there's only one person winning this.  Not that I'm complaining about that aspect, she completely deserves to win.  Baszler kinda got screwed out of winning the Royal Rumble so they could set up Charlotte to challenge Rhea Ripley (again, no complaints about that), so now it's time to make Shayna the top contender for Becky Lynch.  Between Baszler, Asuka and Nattie there's some good talent in this match.  The former Riott Squad could be hit or miss, and none of them are over right now.  But whatever, I'm just here to see Shayna murder people.

Pick: Shayna obviously takes it down


So that's your half-assed lineup.  I imagine one or two more matches will be added on Smackdown but this is what we have to work with at the moment.  Could be a reasonably entertaining PPV, but coming after the fantastic AEW Revolution this will feel like a step back.