NXT TakeOver 31 (Are they really just numbering them now? Lame.) is this Sunday, and it actually looks like a really strong lineup. 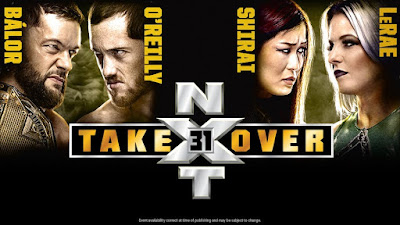 WWE's only good brand is back and they've got a slate of five hot matches for us to peruse.  It's shows like this that make me consider resubscribing to the Network, at least temporarily.  Hmmmmmm....
Anyway let's take a look.
NXT Cruiserweight Championship: Santos Escobar vs. Isaiah "Swerve" Scott 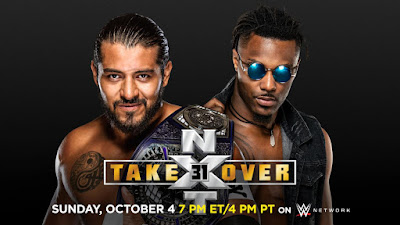 Ok, I know zilch about either of these guys and I haven't watched NXT since they annexed the Cruiserweight Title (though I agree with it; that belt got zero respect on the main roster).  But it's two cruiserweights on NXT, so it oughta be good.  Since I'm flying blind on this one I'll just go with the champ to retain.
Pick: Escobar retains
Kushida vs. Velveteen Dream 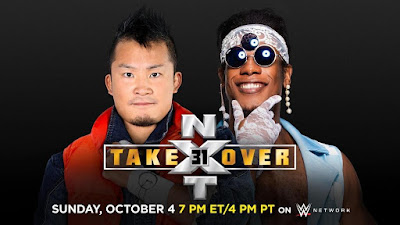 On paper this is a helluva match.  I'm glad Kush is finally getting something to do in this company; he's been there a year and a half and this is his first TakeOver.  That's mental.  Kushida is an amazing talent who, I grant you, Vince wouldn't take a second look at on the main roster, but he should've been utilized right away on NXT.  Anyway I'm hoping this is the beginning of a push for him and not just a one-off.
Pick: Kushida
NXT North American Championship: Damian Priest vs. Johnny Gargano 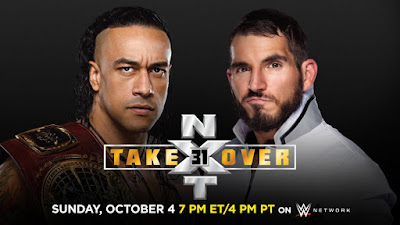 Another damn good on-paper matchup.  Gargano is Mr. NXT and I kinda hope he never gets called up.  He's had more show stealing TakeOver matches than anyone.  I've only seen Priest wrestle a couple times; he's certainly got potential.  Gargano will undoubtedly make him look like a million bucks.
Pick: Priest just won this belt at the last TakeOver so he'll retain
NXT Women's Championship: Io Shirai vs. Candice LeRae 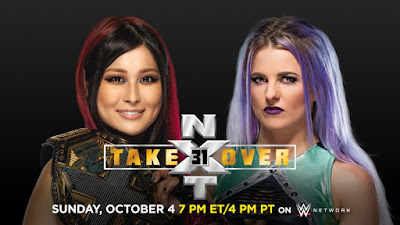 In 2019 Io turned on her best friend Candice and they had a solid TakeOver match.  Now the roles are reversed and this match should leave that one in the dust.  Io is another super valuable NXT talent who I kinda hope never goes to the main roster (just look how badly they used Kairi).  Io should retain here and eventually have a long-awaited singles match with Rhea Ripley (seriously, where the hell is Rhea??).
Pick: Io retains
NXT Championship: Finn Balor vs. Kyle O'Reilly 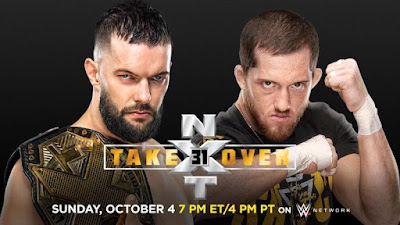 Holy shit do I like this pairing.  Kyle is an incredible worker, maybe the best technical wrestler in the whole company.  Finn going back to NXT was the best thing for him, short of leaving altogether.  It baffles me that Vince saw so much in Finn four years ago that he made him the first Universal Champion, and then basically did nothing with him for three years following that.  How short can a person's attention span be?
Pick: Finn should retain but this'll be incredible
There's your picks - short and to the point.  I'm torn on whether to pay the 10 bucks to see this show.  If any WWE lineup this year could convince me, it's this one.
Thanks for reading - subscribe to our mailing list, and follow us on Twitter, MeWe, Mix, Facebook and YouTube!
Posted by Justin Enuffa Ballard at 9:20 AM