This Saturday brings a double-shot of wrestling goodness, as not only is AEW Full Gear happening, but also NJPW Power Struggle!

It's an abbreviated lineup this year, with only six matches on the card, but some of these bouts have the potential to be great.  Moreover we'll get a clearer picture of the impending WrestleKingdom 15 lineup coming out of this show.  So let's get started....
King of Pro Wrestling Trophy No Corner Pads Match: Toru Yano vs. Zack Sabre Jr. 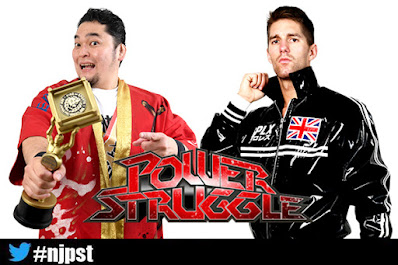 This KOPW trophy is a pretty goofy idea if I'm being honest.  It's like those WWE Championship Scramble matches but stretched out all year.  Whoever ends up with the trophy on December 31st each year is the KOPW Champion for that year.  Given how silly that is, it's fitting then that Toru Yano is the 2020 champion.  But Zack Sabre is challenging for said trophy for some reason, despite being an actual title holder along with Taichi.  This will be the usual Yano stuff, now with no turnbuckle pads.  I guess there isn't much point to have this match if the trophy isn't going to change hands once or twice before year's end, so I'll go with ZSJ.
Pick: ZSJ wins the trophy and loses it back later
Kazuchika Okada vs. Great-O-Khan 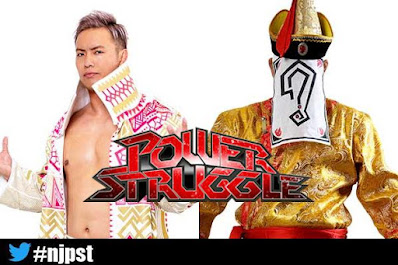 Okada's looking for some revenge after being screwed out of the G1 Final spot, and Will Ospreay's sidekick is The Rainmaker's first obstacle on the way to the inevitable Dome showdown.  I know nothing about O-Khan's in-ring ability but as a dojo graduate I'm sure he'll do fine here.  It seems counterintuitive to have him lose his first major bout, but it is against Okada after all, and Okada losing to Ospreay's right-hand man wouldn't be much of a way to build to Okada-Ospreay.  So we'll give Kazuchika the duke.
Pick: Okada
NEVER Openweight Championship: Minoru Suzuki vs. Shingo Takagi 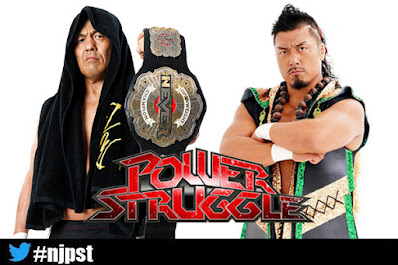 This one is likely to steal the show.  They had a helluva G1 contest and they always match up well together.  Takagi should win back the NEVER Title and defend it at the Dome.  Not much else to say; this one will be a fabulous fight.
Pick: Takagi
US Title Shot Briefcase: Kenta vs. Hiroshi Tanahashi 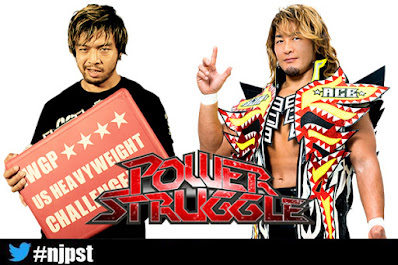 Another G1 rematch.  Tana defeated Kenta in the tourney and now challenges for the briefcase guaranteeing Kenta a US Title match (presumably against Jon Moxley at the Dome).  As I recall their G1 outing was a strong bout, so I expect the same here.  Kenta beating back the Ace's challenge will be a nice boost for him and I assume he'll win the US Title since Mox is barely ever around.
Pick: Kenta
#1 Contender's Briefcase: Kota Ibushi vs. Jay White 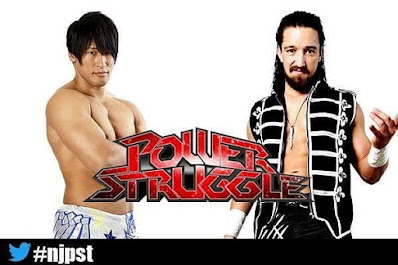 Another G1 rematch and another potential show stealer.  Ibushi and White have had very good matches together and this should be swell.  I'm super stoked Ibushi is getting another Dome main event, and optimistic than he'll finally win the big one.  This is his last obstacle on the way.
Pick: Ibushi
IWGP & Intercontinental Championship: Tetsuya Naito vs. Evil 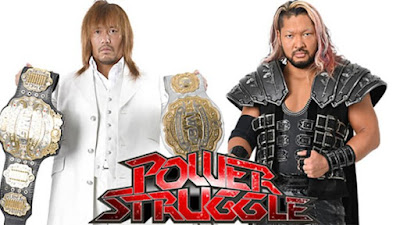 We've seen this match too many times now and it's never been a classic unfortunately.  I'd have liked Sanada to get this shot instead.  But what are you gonna do?  Naito is obviously retaining and I'm curious what Evil's role will be at WK15.  I'm just hoping they put together a match that they're both capable of so it feels like a worthy main event.  Also, when are they splitting these belts up again?  January?
Pick: Naito retains
Well it's a succinct six-bout lineup but it should be a solid PPV.  I'm definitely looking forward to the NEVER match and the Ibushi match, and anticipating the full WrestleKingdom lineup when it's announced.
Thanks for reading - subscribe to our mailing list, and follow us on Twitter, MeWe, Mix, Facebook and YouTube!
Posted by Justin Enuffa Ballard at 2:18 PM