Well I may have cut the WWE Network cord back in April, but this Sunday is the one PPV of the year that actually tempts me to tune in, WWE Survivor Series! 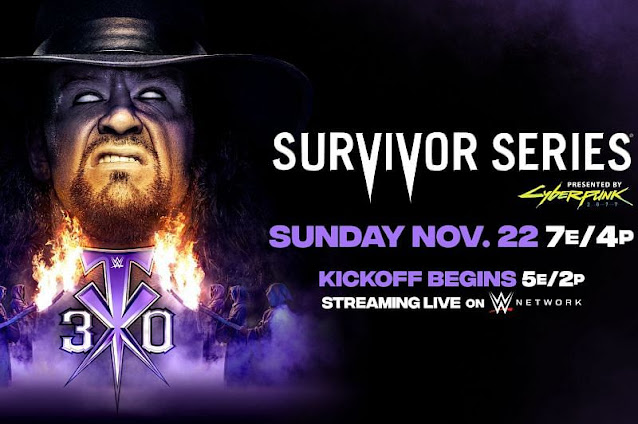 If you've been reading my stuff at all over the last almost-seven years (Jesus, I need a life), you probably know that I have a soft spot for WWE's second-oldest PPV event.  Ever since the company announced in October of 1987 that their new supercard would feature teams of five going to war in elimination matches, I've been fascinated with the possibilities inherent in this format.  The first two Survivor Series events rank among my all-time favorite PPVs, and while sadly most editions since haven't even come close to being as good (2016 and 2018 got the job done), whenever there's a lineup featuring multiple elimination tag matches my ears perk up.
That said, it's high time WWE loses the Raw vs. Smackdown rivalry, at least for the elimination matches themselves.  While I do enjoy the champion vs. champion concept, which gives us the chance to see big matches we might not otherwise get, assembling teams of heels and faces bound by brand loyalty is and has always been utterly phony.  Does anyone watching actually buy the brand rivalry nonsense?  Why would good guys and bad guys set aside their differences simply because they're on the same show, especially when next year they may not be?  It makes no sense.  Instead how about if the babyfaces from both brands group together to stop their mutual enemies?  Wouldn't that be a much more compelling story?
Anyway, as has been the case the last four years, the 2020 Survivor Series looks plenty strong on paper.  The men's elimination match and the women's champions match in particular have the potential to be pretty great.  We'll see if they deliver.
This being The Undertaker's 30th anniversary with the company, they'll have some kind of special tribute to him, which will probably take up way too much time and end with someone attacking him and starting a new feud.  It is once again telling that the poster for this event features the 55-year-old semi-retired Undertaker (a pic from ten years ago, mind you) and not any of the current stars.....
US Champion vs. Intercontinental Champion: Bobby Lashley vs. Sami Zayn 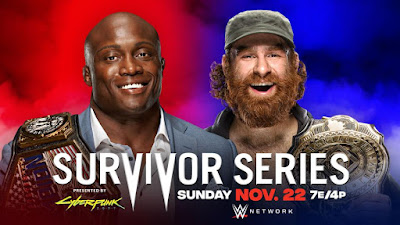 One match that has very little potential is this one.  I don't know why they took the belt off Sami months ago only to put it back on him the moment he returned from self-quarantine.  I like Sami a lot but he hasn't been presented strong at all.  There's zero chance he beats Lashley here either.  This will be a short near-squash.
Pick: Lashley
Tag Team Champions: New Day vs. Street Profits 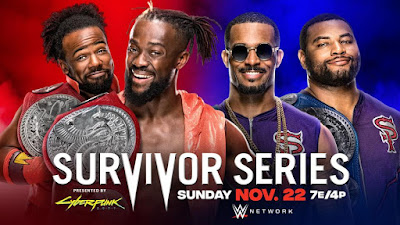 This one actually could be really good, with all the athleticism involved.  I honestly have no idea who wins this, but the smart move at this point would be to give Street Profits a win over the legendary New Day, in order to get them over.  New Day doesn't at all need this win.
Pick: Profits
Women's Elimination Match: Shayna Baszler/Nia Jax/Lana/Lacey Evans/Peyton Royce vs. Bianca Belair/Ruby Riott/Liv Morgan/TBD 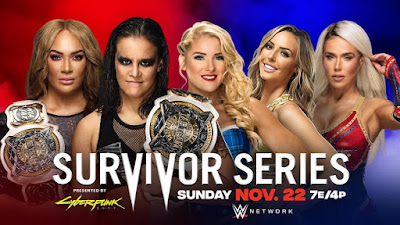 I'm sure we'll find out on Smackdown tomorrow who the last two members of Team Smackdown are.  I assume one of them will be Bayley?  This is why Smackdown on Friday night is stupid; PPV lineups don't get finalized until two days before, if even then.  Anyway, Team RAW is absolutely abysmal.  The only truly good talent on that team is Shayna.  WWE's women's division is struggling these days, what with the absence of Becky and Charlotte, and seemingly no effort by the company to really elevate anyone new.  Belair needs to be the star of this match so she can be presented as a top contender.  Also I hate to say this because I don't trust the main roster to sit the right way on a toilet seat, but Rhea Ripley should probably be called up.  I will legitimately never understand how they fucked up her push.  They had a sure thing with her and as soon as she lost to Charlotte at WrestleMania for no reason, her push was completely derailed.  It's disgraceful.  But I digress.  Bianca and co. need to win this.
Pick: Team Smackdown
Men's Elimination Match: AJ Styles/Keith Lee/Sheamus/Braun Strowman/Matt Riddle vs. Kevin Owens/Jey Uso/Seth Rollins/Baron Corbin/TBD 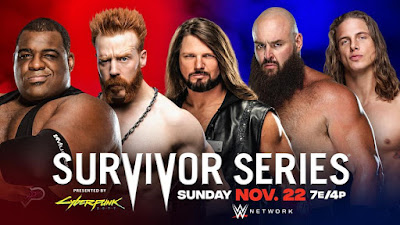 Now this has real potential.  Tons of strong talent here, which means half of it will probably be gone in the first five minutes.  Can someone explain why Matt Riddle no longer has a first name?  Can this company FOR ONCE not needlessly fuck something up?  Jesus.  I sincerely hope the "TBD" ends up being Daniel Bryan, whose presence would make this match that much better.  All signs point to Bryan retiring soon; it would be nice if they would maybe treat him like he means something to them.  Imagine how much he could've accomplished had he left WWE two years ago?  Anyway, the main story in this match has been Team RAW's inability to get along, so they're probably winning the match.  I imagine it's AJ and Lee (wait, AJ Lee??) who end up surviving.
Pick: Team RAW
Women's Champions: Asuka vs. Sasha Banks 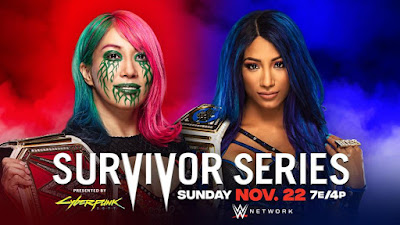 If this match doesn't end up the best non-elimination match I'll be shocked.  Both women are great, this match deserves 20 minutes, just let 'em go bonkers.  Bayley could figure into the finish, giving one of them a tainted win and thus protecting the loser.  Is Asuka even feuding with anyone right now?  It's too bad they treated Kairi Sane so shabbily; an Asuka-Sane feud could've been amazing.  Anyway I'll go with Sasha to eke out a win.
Pick: Sasha
WWE vs. Universal Champion: Drew McIntyre vs. Roman Reigns 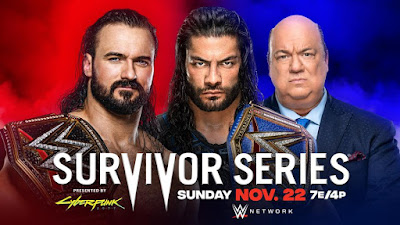 Well for the third time out of the last four years, the WWE Title changed hands days before Survivor Series, thus altering one of the main events.  Drew vs. Roman is certainly more interesting than Orton vs. Roman, though the latter has been a much better in-ring match in the past.  Remember Drew vs. Roman from WrestleMania 35?  Yeesh.  This time though the roles are reversed and Roman is a much more compelling character.  So maybe we'll get something good.  'Course this scenario begs the question, why the fuck did they put the belt on Orton at all??
Pick: I'll go with Roman to steal a win.
So yeah, Survivor Series once again looks to be a good show on paper.  As dumb as the interbrand feud nonsense is, at least it all but guarantees us a solid Survivor Series every year.
Thanks for reading - subscribe to our mailing list, and follow us on Twitter, MeWe, Mix, Facebook and YouTube!
Posted by Justin Enuffa Ballard at 10:06 AM