At long last NJPW's Wrestle Grand Slam at the Tokyo Dome is taking place.  Originally scheduled for May 29th, the event was postponed due to COVID and is nigh upon us this coming Sunday. 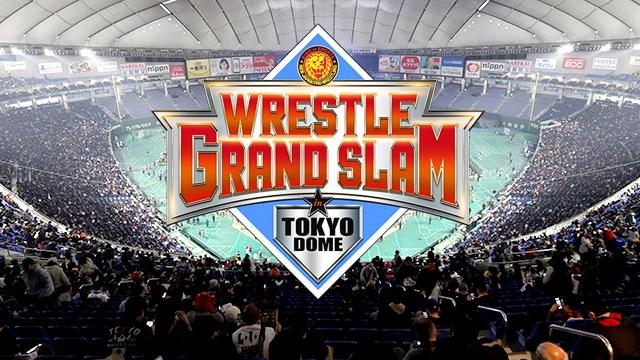 I deeply question the wisdom of booking a mid-year show at the Dome, given the continuing COVID issues Japan is facing, as well as the box office issues New Japan is facing, but the lineup looks pretty freakin' strong, abbreviated though it may be.  We have four big title matches, a special singles match and a pre-show Rumble.  Let's get to it...
Pre-show Ranbo for the KOPW Championship: Toru Yano vs. TBA 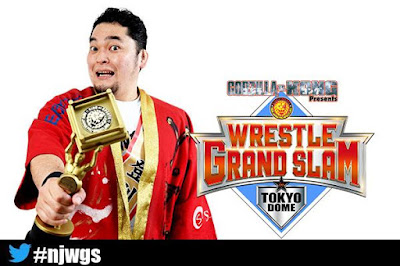 The Rumbles in New Japan are always pretty silly and this should be no exception.  I don't like the KOPW Title at all as it's only a few steps above WWE's 24/7 Championship.  Toru Yano is New Japan's R-Truth essentially; this comedy title doesn't really work for anyone but him.  To that end I expect he'll retain here.
Pick: Toru retains
IWGP Jr. Heavyweight Tag Team Championship: Taiji Ishimori & El Phantasmo vs. Ryusuke Taguchi & Rocky Romero 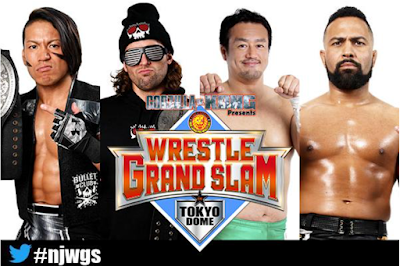 I like the championship combination of Ishimori/ELP and think they should keep these belts in a stranglehold for the better part of the next year.  They can both challenge for the singles Jr. Title during that time as well, but let's give these Jr. Tag belts some credibility again by having a really strong tandem keep them.  Meanwhile, let's try and rebuild the division for Chrissake.  Anyway, this match should be a lot of fun, as Taguchi and Romero are quite capable workers but can also bring a light comedic element.  In the end though, this match is about making the champs look good.
Pick: Bullet Club retains
IWGP Jr. Heavyweight Championship: El Desperado vs. Robbie Eagles 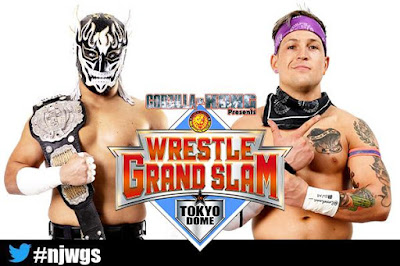 Neither of these guys is a tip-top Jr. Heavyweight player, but this match could be pretty low-key awesome.  Desperado has proven a solid placeholder while Hiromu recovers from his injury.  It's high time this company did some hardcore Jr. Heavyweight recruiting though; the division is thin as a crepe.
Pick: Desperado retains
Kazuchika Okada vs. Jeff Cobb 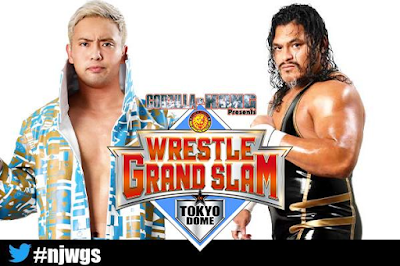 This will be a helluva match.  Interestingly, Okada and Ibushi are swapping Dominion 2021 opponents on this show.  Cobb has delivered some incredible showings this year and with Will Ospreay on the shelf he's got loads of room to become a major player.  I think it would make sense for Cobb to get a big win here and be next in line to challenge for the big belt.  There's another stadium show coming up soon, after all.
Pick: Cobb pulls off the impossible
IWGP Tag Team Championship: Tetsuya Naito & Sanada vs. Zack Sabre Jr. & Taichi 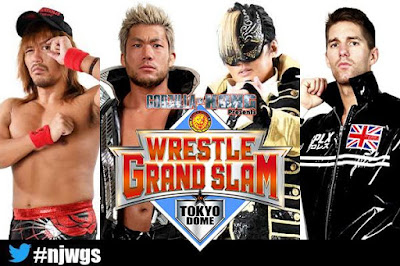 I love that Naito and Sanada are the tag champs (Damn, I still need to watch the bout where they won).  This division desperately needed a shakeup, and both guys needed something new to do.  It fits perfectly.  I hope they get to keep the straps for a little while; dropping them back to Tekkers here would be a wasted opportunity to build up the titles.  This should be a pretty great tag match though.  Zack and Sanada in particular work incredibly well together.
Pick: I'll go with the champs to retain
IWGP World Championship: Shingo Takagi vs. Kota Ibushi 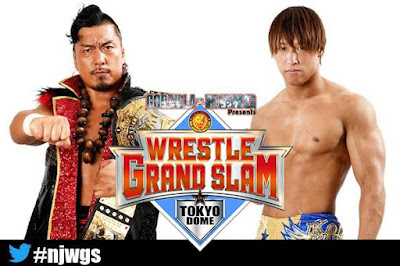 The company's two MVPs of 2021 clashing for its top prize?  Sign me up.  This'll be unbelievably great.  Shingo is absolutely ON FIRE and Ibushi is more or less incapable of anything below awesome.  Given the five-match lineup I see this going 35-40 minutes easily.  Sit back and watch the two best active guys on the roster right now deliver another five-star classic.  Shingo has to retain - there have been way too many title changes this year.
Pick: Shingo keeps the belt on his way to facing Jeff Cobb
I'm so torn on these five and six-match cards; on one hand I'm used to NJPW doing these epic 9-bout shows, but on the other, a lineup like this leaves no room for filler.  This could end up being the PPV of the Year.
Thanks for reading - subscribe to our mailing list, and follow us on Twitter, MeWe, Mix, Facebook and YouTube!
Posted by Justin Enuffa Ballard at 9:56 AM