It's Wednesday and you know what that means.... 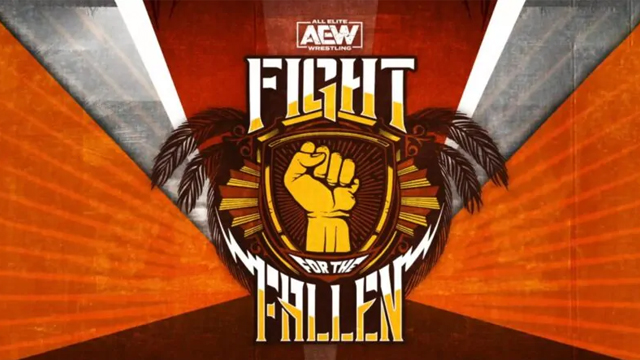 AEW's Fight for the Fallen 2022 is upon us, and we've got a helluva little Dynamite lineup this week, with an AEW Title match, a Women's Title match, an FTW Title match, and the in-ring return of BRYAN DANIELSON!  Oh man.....oh mama.....
Handicap Match: Swerve Strickland vs. Tony Nese & Mark Sterling 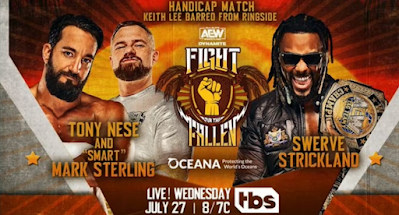 As a non-fan of handicap matches I'm not expecting greatness here, but maybe it will lead to a Strickland-Nese singles match, and maybe Nese will find a tag partner to challenge the champs.  Either of those would be solid.
Pick: I gotta think Sterling eats the pin here
Sammy Guevara vs. Dante Martin 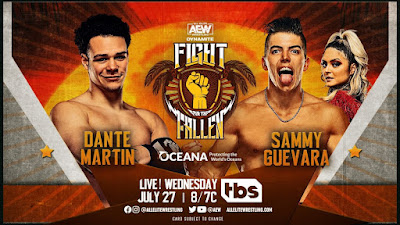 This should be a wild one.  Both guys are aerial wizards and Sammy is straight-up insane with his risk-taking.  We'll see all kinds of airborne wackiness and hopefully no one gets hurt.
Pick: I think Sammy wins
FTW Championship: Ricky Starks vs. Danhausen 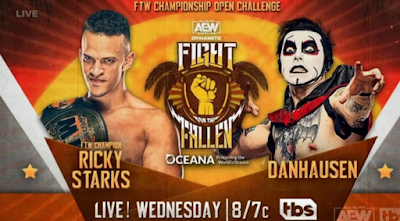 This is clearly being done to set up Starks vs. Hook, which will put Taz right in the middle of the feud.  Taz's protege vs. Taz's son.  I don't see this going long at all, as Danhausen usually just gets squashed in his matches.  Starks will make short work of him, get on the mic and issue another open challenge, and Hook will appear.
Pick: Starks
AEW Women's Championship: Thunder Rosa vs. Miyu Yamashita 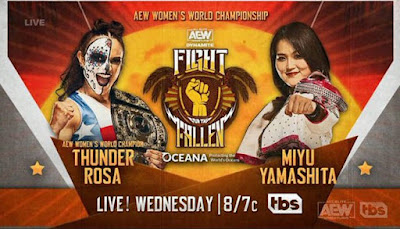 I don't know anything about Yamashita other than she's a Tokyo Joshi Pro veteran and she holds a non-title win over Rosa.  This should be a fine contest and Rosa will get her win back.  Britt Baker and/or Jamie Hayter may make an appearance to further their tag feud with Thunder Storm.
Pick: Rosa retains
Bryan Danielson vs. Daniel Garcia 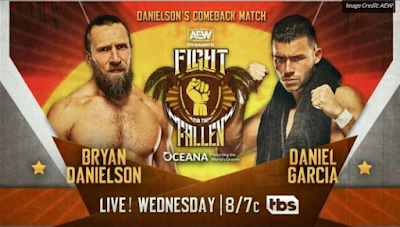 This should be off-the-charts awesome.  Two of the best technicians in the business head-to-head.  And with All Out five-or-so weeks away, hopefully we'll hear from one Zack Sabre Jr. sooner rather than later about that match he was supposed to have with Danielson.  Welcome back, Bryan!
Pick: Danielson
AEW Championship: Jon Moxley vs. Rush 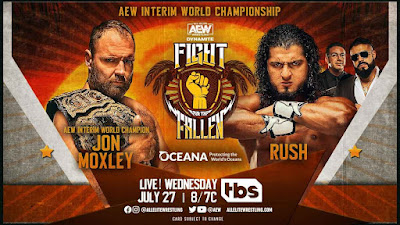 Rush knocked it out of the park against his brother Dragon Lee last weekend (seriously, seek out that match if you haven't yet) and is now getting a crack at the Interim Champion.  This will be an interesting clash of styles - the bruiser against the lucha.  Should be a pretty great main event.  Rush won't win the title obviously, but he'll look very strong in a loss.  Not sure when Mr. Punk will be back, but hopefully his match against Moxley will be able to happen at All Out.
Pick: Mox retains
It's a fairly loaded show tonight and with one of the three injured top stars returning, business should pick up in a big way for AEW.
Thanks for reading - subscribe to our mailing list, and follow us on Twitter, MeWe, Facebook and YouTube!
Posted by Justin Enuffa Ballard at 11:30 AM