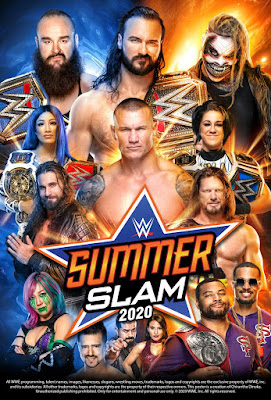 This Sunday is SummerSlam, apparently.  The third biggest show of the year.  And this is the lineup?  Okie dokie then.  Once again loads of top-notch stars are absent from the card.  Second SummerSlam in a row with no Daniel Bryan, by the way.  Super.  Also no AJ, no Owens, no Cesaro/Nakamura, no Shayna.  I know I need to quit trying to assign logic to WWE but I can't help it.  Anyway, this will be the first PPV under the ThunderDome format, where fans are virtually in attendance on LCD screens.  Yeah, that'll fix everything.  When is this company going to figure out that gimmicks and cosmetic changes aren't what will make the product good again?  Christ... 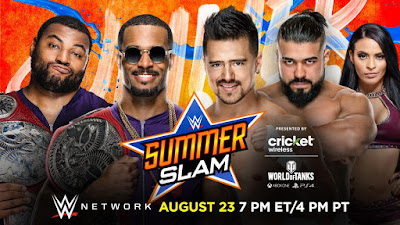 This should be a solid match with a lot of athleticism, thus the opening slot would be a good fit for it.  Not much more to say about it than that really.  In a better company a match like this could steal the show, but it won't get enough time to do that.

US Championship: Apollo Crews vs. MVP 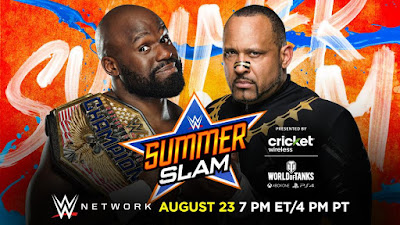 Here's a question, why the FUCK is MVP contending for a championship on a PPV in 2020?  Bruce Pritchard sucks as a lead creative guy in this day and age.  Stop pushing guys from your last stint with the company and create *new* stars.  Hasn't Crews already beaten MVP a bunch of times already? 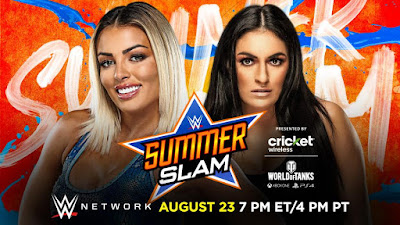 I guess neither woman wanted to have her head shaved so they changed the stip for this one?  So now one of them will have to "leave" the company, which means we'll see her again in three months.  I'm gonna guess Deville is the one taking time off after her harrowing experience with a crazed fan.  People = shit, as the Slipknot song goes.  I dunno how good this match will be, I never saw all that much in-ring potential in Rose. 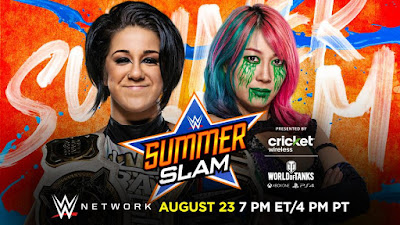 Bayley lost a Beat the Clock challenge so she has to fight Asuka first.  Which I suppose means that Asuka wins here?  Doesn't make much sense for her to lose the first match going into the second, but maybe she comes up short against Bayley to add drama to the second match.  I dunno.  Maybe Bayley retains by crook and tries to help Sasha in her title defense but it backfires.  I guess we'll go with that. 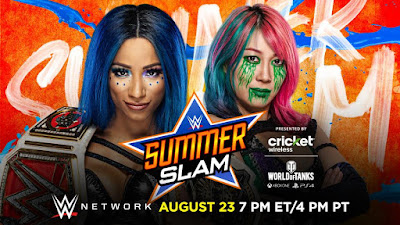 So what sucks about this scenario is it's entirely possible Asuka just kinda backdoors her way to winning this one and she becomes an afterthought, while the real story is Bayley vs. Sasha.  But that seems the most likely turn of events. 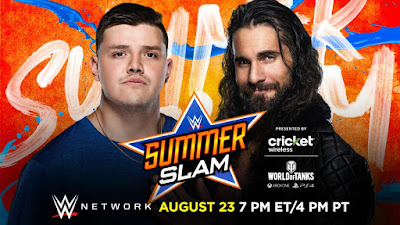 So the kid from the ladder match fifteen years ago is now fighting one of the top heels in the company.  Can Dom even wrestle?  I know he's been training but is he any good yet?  Is this gonna be stupid?  Also I think Rey's contract is already up, so Dom is a surrogate for a guy who officially isn't even in the company right now.  The world makes no sense.

Pick: I gotta hope Seth doesn't have to job to a rookie.  Dom may become a fine wrestler someday but going over Seth Rollins at this point doesn't make sense. 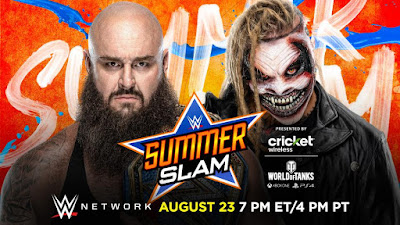 So here's where they finally put things right visa vie Bray Wyatt and his title run being cut short by weekend warrior Bill Goldberg.  I have to think The Fiend gets his gold back.  Not that this character lends itself at all to good wrestling matches.  And that's why he probably should never have been put in the title picture last year.  But whatever.  The Universal Title is the opposite of a "workhorse" belt. 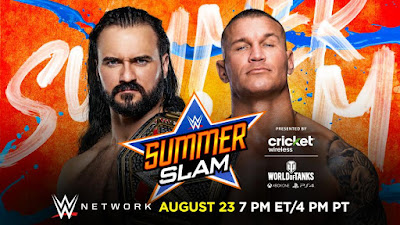 I'm reading that Orton is doing some of the best work he's done in years, and that's all fine and good, but in 2020 I don't care about Randy Orton as a championship guy.  Hell, I didn't care about him as a championship guy in 2017.  Course that was some of his worst career work.  But Jesus H. Christ, why are we still pushing OVW Class of 2002 guys in 2020?  Why we're on the subject, why is Jeff Hardy the Intercontinental Champion in 2020?  Fuck Bruce.  This match should be solid, I just don't care much about it.


Yeah, this is a pretty fuckin' thin lineup for SummerSlam.  It's alright though, AEW All out is in two weeks....

Posted by Justin Enuffa Ballard at 11:56 AM