AEW All Out 2020 Preview & Predictions

Alright, back to predicting wrestling shows I actually care about.  Let's talk about AEW All Out! 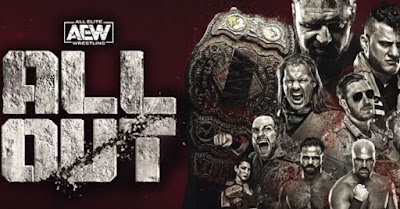 This Saturday is the second annual All Out event (hard to believe it's been two years since the original All In, which was the first non-WWE event in 20 years to sell over 10,000 tickets and set this whole AEW thing in motion).  Once again AEW has assembled a very promising lineup with a good mix of established former WWE and NJPW stars and homegrown talent.  Correct me if I'm wrong but I think this is the first AEW PPV to feature a homegrown guy in the World Title match, and they picked a great talent with which to start that trend.  Anyway, let's look at the lineup... 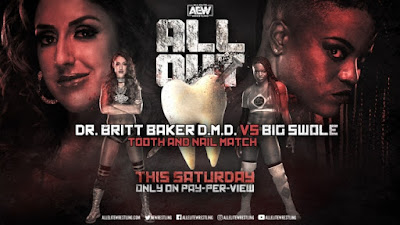 Britt is finally returning to the ring after several months on the sidelines.  But she was hardly idle, beautifully developing her new heel persona along the way.  That's how you handle an injury, folks.  She and Swole have been itching to fight for months and it's actually strange this is on the pre-show for that reason.  The match is called a Tooth and Nail match.  No idea what that means, but I'm assuming some kind of no holds barred situation.  Since Baker is the one they've been building up this whole time she's gotta be the winner. 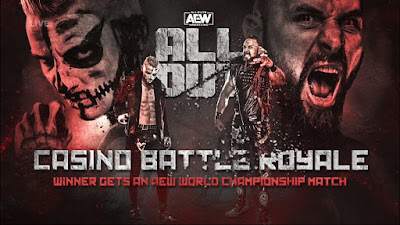 The winner as usual gets a future World Title match, which of course eliminates over half the participants.  And of course we have four mystery combatants, which means one of those folks is almost certainly winning the whole thing.  But for a moment let's leave the TBDs out and look at who we do know is in it.  Right off the bat we can disregard Ricky Starks, The Butcher, The Blade, Eddie Kingston, Shawn Spears, Billy and Austin Gunn, Santana, Ortiz, Chuck Taylor and Trent.  So that leaves six of the known names.  I'd say Pentagon and Fenix probably won't win either but they could be longshots.  So that leaves Darby Allin, Lance Archer, Jake Hager, and Brian Cage.  Allin and Cage both got title shots recently so they're out I think, which leaves Archer and Hager.  I could see either of them winning and getting a crack at Moxley; I think Archer would give him a better match, like the one they had at WrestleKingdom.  So if it's one of the 17 names we already know, I'll go with Archer.  But ultimately it's always a safe bet to go with a surprise entrant.

Pick: One of the TBDs, or Lance Archer 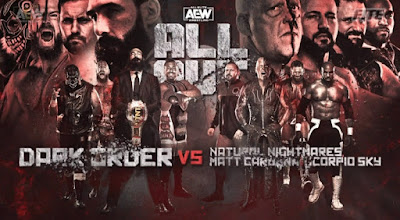 This will almost certainly be the weakest match on the show.  I like Brodie Lee and Stu Grayson but the Dark Order gimmick is still cheesy to me.  Still, having Lee maul Cody to win the TNT belt was a good move and establishes him as a monster, after he came up short against Moxley.  This match is simply another chapter in showing off Lee's dominance, so it probably won't go very long. 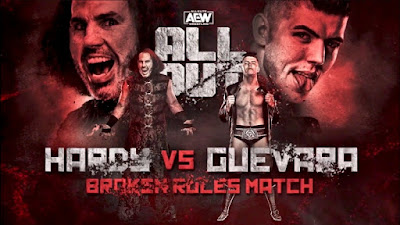 So if Matt loses he has to leave AEW.  Does that mean the man has to leave or the "broken" character has to leave?  Will that be the loophole?  The smart move here is for Sammy, the young homegrown talent, to win this match.  Having Matt win here is counterproductive.  But then it is Matt's match, so it's hard to say.  I think I'll go with the move that makes the most sense though - Sammy should win this feud if they want to build him up for the future.

The Young Bucks vs. Jurassic Express 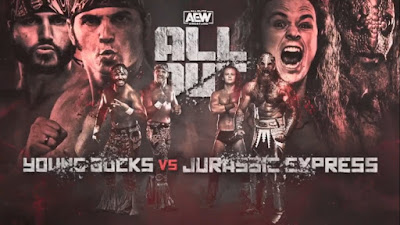 I can't wait to see this.  One of two tag matches that could potentially steal the show, I assume this will set up one of these teams as the top contenders.  I'd say it's a lock that we'll get The Bucks vs. FTR at Full Gear in November, but that's three months away.  So I'll go with Jurassic Express to steal a win here and get a title shot on Dynamite, while the Bucks regroup and build for a huge showdown with their new enemies. 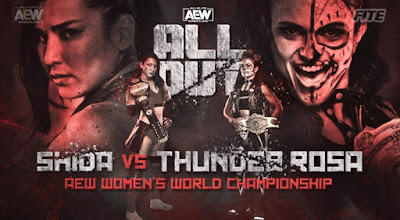 Well for this show they've imported an international indies star as a title challenger.  The women's division is the one facet of AEW's game that still needs significant improvement.  Shida as the champion was step 1, now let's stack this division so she has a host of worthy challengers (What's going on with Tessa?).  But this should be a fine match if Rosa is as accomplished as I'm hearing.  Let's get her a contract while we're at it. 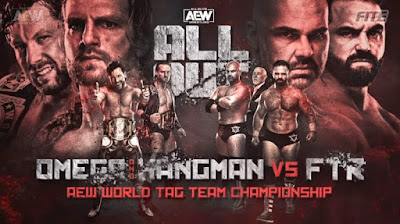 This match will steal the show.  No question about it.  Omega & Page have already had one of the greatest tag matches of all time with the Bucks, and I think they'll do it again here.  FTR is such a fantastic duo and yet another talent WWE missed the boat on.  Tag team wrestling is alive and thriving in AEW, one of the main reasons this product is such a delight.  I think Omega and Page have reached the end of the line as a tag team though.  They've had the belts since January and it's time to pull the trigger on the slow burn that is their inevitable feud.  With Tully by their side, Cash and Dax will be AEW's new custodians of tag team wrestling, just as they should've been in WWE. 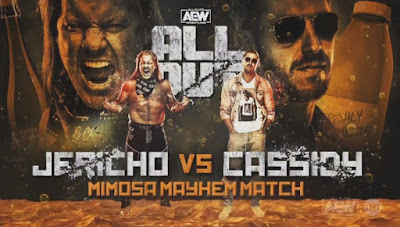 Man, if this were any other company this gimmick match would come off as idiotic.  But it's Chris Jericho, a master of comedic heel antics, against Orange Cassidy, possessing of one of the most creative character gimmicks in years.  I think this will be loads of fun.  The rules are pinfall, submission or throwing your opponent in a tank of mimosa.  Obviously the match will end via the latter method.  As with Matt vs. Sammy, I think the productive move here is to continue to elevate Cassidy by putting him over, particuarly since Jericho won't be hurt in losing via dunkage. 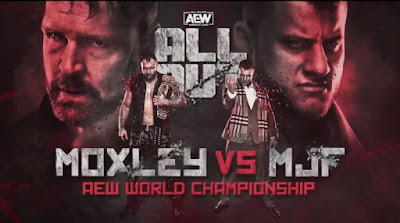 I'm torn on this one.  On one hand, Moxley's only had the title about six months and I said when he won it that he should keep it for a year.  On the other, MJF is the fucking balls.  One of the greatest talkers in the business right now, and he can back it up in the ring; he's only 24 years old and already a basically complete wrestler.  His "MJF 2020" approach to this feud has been creative and fun, and having him as the champion would lend itself to some amazing promos.  But ultimately I think Moxley will retain; it's only been six months, plus MJF and Wardlow have to feud eventually, which will keep Max busy for a while.  But he should absolutely win the title at some point in the future, perhaps in 2021.


Damn, this is a strong lineup.  Two top-level singles matches, two potential ****+ tag matches, a very promising women's match, and some fun gimmick stuff.  All Out should be a helluva show.

Posted by Justin Enuffa Ballard at 9:56 AM