Welcome to another installment of Awesomely Shitty Movies here at Enuffa.com, where I cut open a piece of Hollywood schlock and see if I can figure out what went wrong, or what they were thinking, or what the point of the movie was, or what have you.  Today's subject is the final film in Universal's Frankenstein series (before Abbott & Costello got involved that is), House of Dracula! 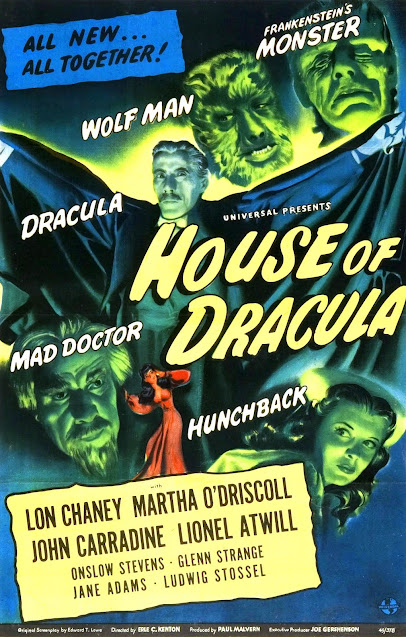