This Saturday night, WWE once again goes EXTREME!  Or at least as extreme as they can within the parameters of TV-PG viewing.  Generally speaking I consider this one of WWE's gimmick PPVs that should probably be done away with, alongside Hell in a Cell and Elimination Chamber.  Bloodless "extreme" matches up and down the card are kind of a contradiction. 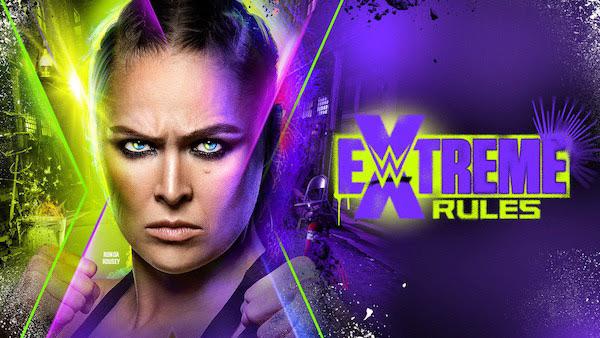 Anyway, this is another six-match lineup so the show will likely be another fairly lean one in the three-hour neighborhood.  Man, if this company would just can all the stupid video packages their PPV events would be a breeze to sit through.  No Roman on this show, gotta save him for Blood Money-- er, Crown Jewel.  But this lineup looks pretty good.  Let's take a dive....
Good Old Fashioned Donnybrook: The Brawling Brutes vs. Imperium 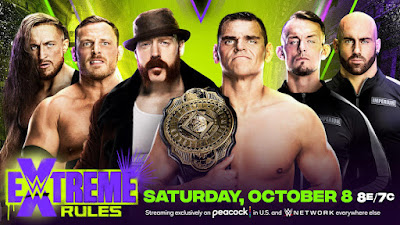 Sheamus and Gunther absolutely stole the show back in Cardiff (some would say they even stole the weekend), so this should be a fun six-man.  What this gimmick means I'm sure I dunno, I guess probably just Tornado Tag rules and no disqualification?  Sheamus and Gunther have an Intercontinental Title rematch the night before, which seems kinda backwards.  I'm guessing Sheamus wins the rematch?  If that's the case I expect Imperium to win here, 50-50 booking and all that.
Pick: Imperium
Strap Match: Drew McIntyre vs. Karrion Kross 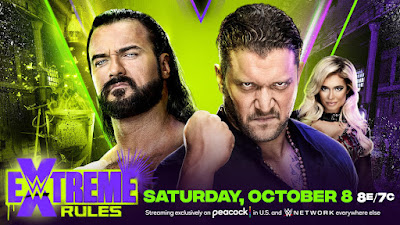 Guys, I've said this before, but I really don't see what the big deal is with Karrion Kross.  To me he reeks of "generic sorta-big dude" and there's nothing at all special about him.  When he got the big NXT push a couple years ago I didn't see it, when he got called up and was promptly and absolutely sabotaged I said "Eh, no big loss anyway."  Maybe someone can help me understand it.  That said, this should be fine, as Drew is a helluva worker.  Sadly Drew is also probably gonna take a loss here.  Remember when Drew was booked as an unstoppable monster babyface?  Guy loses all the time on PPV now.  Incidentally I'm not big on strap matches when they do the four corners rule.
Pick: Kross
Ladder Match: RAW Women's Championship: Bianca Belair vs. Bayley 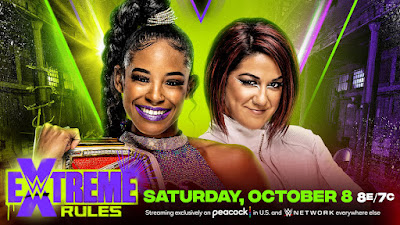 This should be one of the better bouts on the show.  Belair is great, Bayley is a damn fine worker.  It's possible Bayley wins the title here as the ladder match will allow for interference.  Clearly both trios will get involved and there will be a pier-six brawl late in the match.  Vegas odds have Belair as the slight favorite but it kinda makes sense for Bayley to capture the title if the idea is to extend this feud.
Pick: I'll go with the title change, as a no DQ format protects Belair in a loss.
I Quit Match: Edge vs. Finn Balor 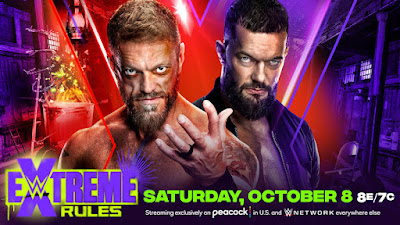 I feel like it's been ages since WWE did one of these matches.  The last one I can remember off the top of my head was the Cena-Orton one in 2009 (technically named a Breaking Point match to go with the PPV name), which I actually enjoyed quite a lot.  Those two worked a very smart PG match that still felt brutal and story-heavy.  If Edge and Finn can do something along those lines this should be very good.  I think Edge probably wins this but I think that's the wrong move if your alleged plan is to push Finn.  But maybe they're keeping Edge strong for his likely retirement match at WrestleMania?
Pick: Edge
Fight Pit: Matt Riddle vs. Seth Rollins 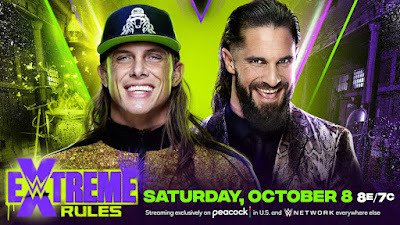 These two had a pretty damn good match at the Castle and this MMA-influenced format should lend itself to both creating something unique and showcasing Riddle as a legit tough guy.  Not sure exactly what the rules are for this but I imagine we'll see some cool grappling and a lot of striking.  This could possibly steal the show.  It's definitely Riddle's type of match and thus should be Riddle's to win or lose.
Pick: Riddle
Smackdown Women's Championship: Liv Morgan vs. Ronda Rousey 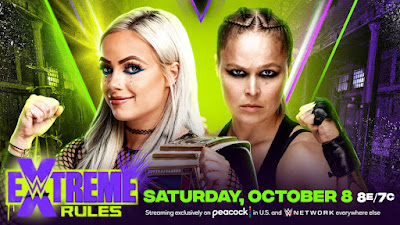 No idea if this will actually headline the show but since Rousey is on the poster we'll go with this as the main event.  I have enjoyed what I've seen of Liv as champion and would love to see her keep the title for a while longer, but alas I think Rousey almost certainly regains it here.  Liv's match last month with Shayna was actually a lot of fun so I hope she and Ronda can do something similarly credible.  I'm still hoping we get a Ronda vs. Shayna match in the future; it's ridiculous that hasn't happened yet.
Pick: Ronda
There's your lineup.  Not too shabby, and if WWE can speed up the pacing of this show we could be in and out of it in under 180 minutes without anything being shortchanged.  WWE's goal for these B-PPVs should be to make them feel like NXT Takeover specials.  Wrestling-heavy but without overstaying their welcome.  Hopefully Uncle Paul finds that balance.
Thanks for reading - subscribe to our mailing list, and follow us on Twitter, MeWe, Facebook and YouTube!
Posted by Justin Enuffa Ballard at 9:35 AM