It's that time again folks, as Enuffa.com presents another second-round bracket in the Wrestling March Madness tournament!

The Bischoff second-round is in the books, as:

Here's the next bracket: 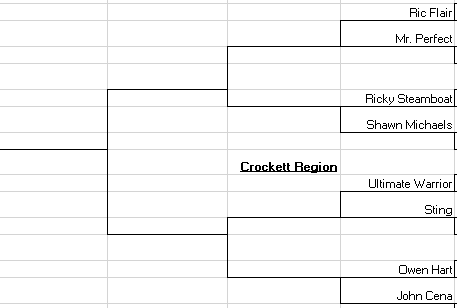 Get out there and rock the vote!  Comment below, and check back Wednesday for the final Round 2 bracket!
Posted by Justin Enuffa Ballard at 12:41 PM