And we're down to 16 magnificent wrestling superstars!  Welcome back to Enuffa.com's Wrestling March Madness tournament!

Before we move on, let's look at the Round 2 results from the Heyman Region:


Alright let's take a look at the remaining brackets.  I give you the 2015 Sweet Sixteen: 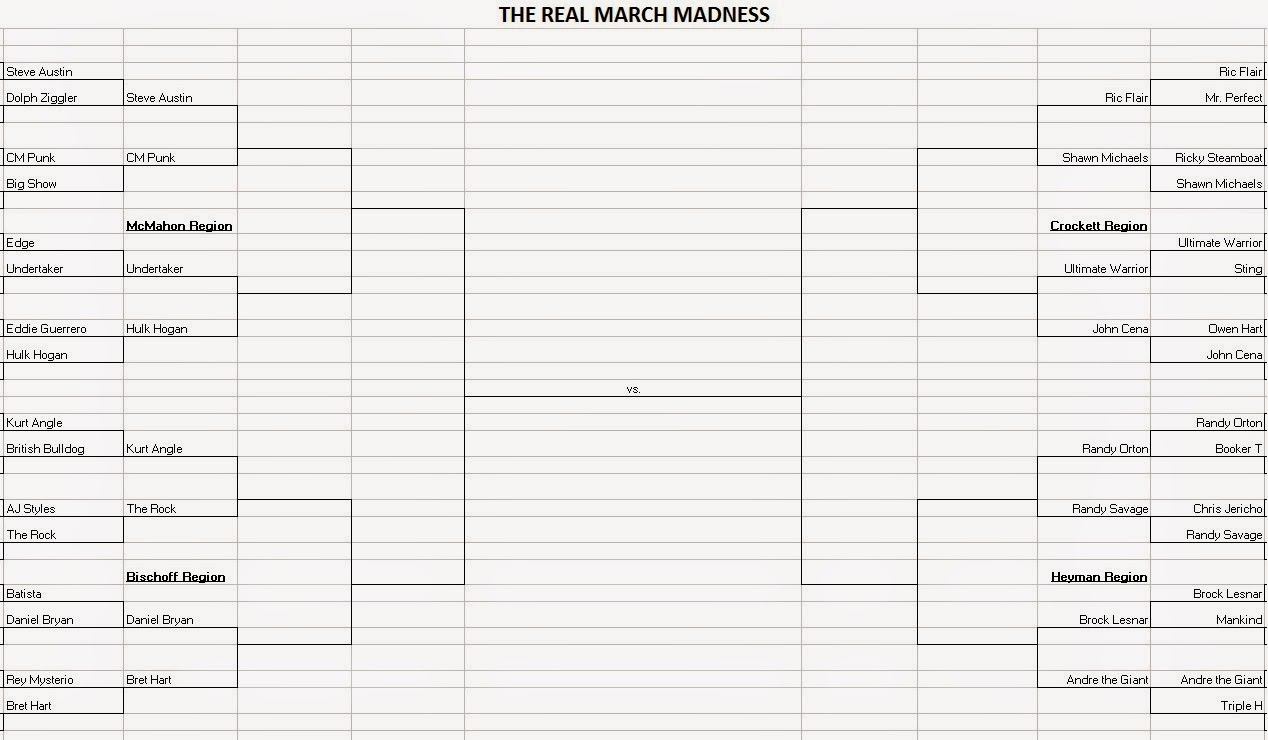 You know what to do - vote below in the Comments section and check back on Monday for the Elite Eight!

Posted by Justin Enuffa Ballard at 9:40 AM