Well it's that time again - closing out Round 2 of the Enuffa.com Wrestling March Madness tournament!

First the results from the Crockett Region:

Now let's take a look at the Heyman bracket: 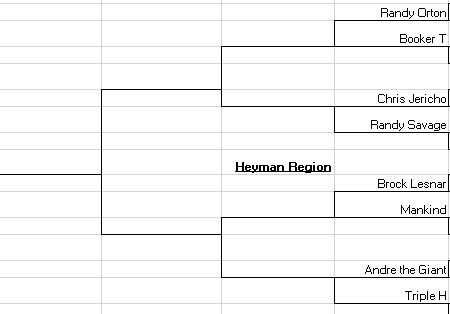 You know the deal - vote in the Comments section below!  Check back on Thursday for the Sweet Sixteen round!
Posted by Justin Enuffa Ballard at 12:41 PM