Welcome back to Enuffa.com, and another edition of New Japan PPV Predictions!  This week we get a double-dose of NJPW awesomeness, following up on the excellent G1 Climax.  It's NJPW Destruction, a two-part PPV taking place in Okayama and Kobe.  The key matchups are spread out between the two shows and the cards are filled out by the usual tag team bouts involving feuding stars.

For this column I'll only be predicting the really important matches, which ends up being four from each show.  So let's get to it... 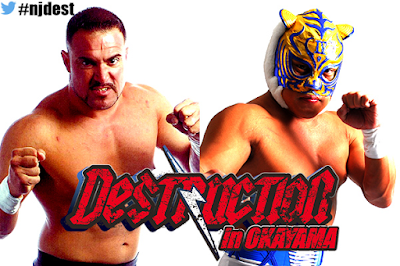 This is a tough one for me to call as I haven't been keeping up on NWA current events, but being a title match I figured I'd include it and more or less flip a coin.  Steve Anthony beat the legendary Jushin Thunder Liger for the Title back in April, so I could easily see Liger's fellow countryman Tiger Mask avenging the loss and capturing said belt.  And I like Tiger Mask a lot, so I'll be rooting for him anyway. 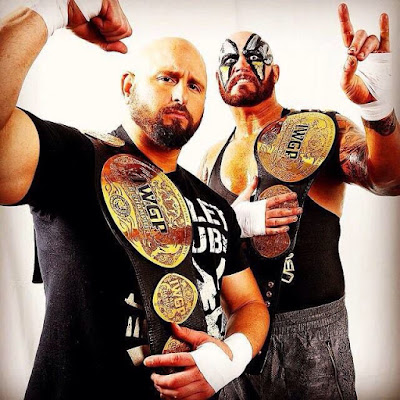 Anderson & Gallows are back to being the centerpiece of the rather thin tag division.  I hope New Japan can get a hold of some more permanent teams to round out the ranks, as the tag team scene continues to be the one weak part of the card.  It's essentially been Doc & Karl vs. a revolving door of imported tandems and makeshift duos.  This match should be decent, as Tencozy can both bring it when motivated.  I don't see the Bullet Club dropping the belts so soon after regaining them at Dominion. 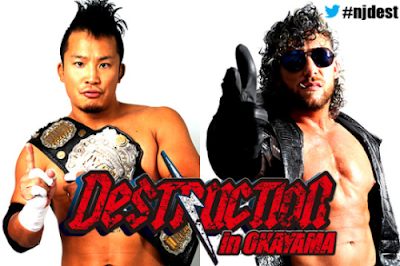 It's a return match from their awesome Dominion contest that saw Kushida defy the odds and capture the Title.  Both of these guys are much more than typical cruiserweight spotfest wrestlers; they pick their spots and work a psychologically grounded style to make every match meaningful.  This one should be just as good as their previous match.  Kushida's only had this belt for a couple months so I think he'll retain here and Omega will feud with someone else for a while.  Matt Sydal perhaps? 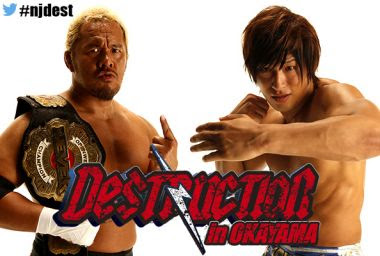 I'm incredibly excited about this one.  Ibushi has been quite possibly the MVP of New Japan this year, delivering more MOTY contenders than anyone on the roster.  His transition from Jr. Heavyweight to full-fledged upper card name is going swimmingly, and I see this as his first taste of heavyweight gold.  The NEVER Title has been the object of quite a few show stealers over the past couple years, and this will be no different.  Look for Makabe to bully the hell out of his smaller opponent, but Ibushi will gut it out like always and capture the gold. 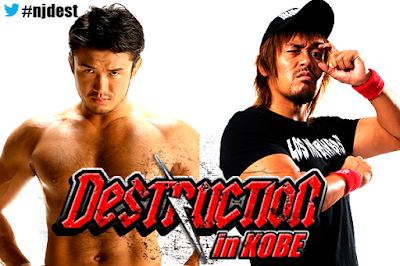 I love this matchup.  Naito's been turning in the best character work of his career as the douchebag heel who stopped caring what anyone thinks.  He had a pretty impressive showing at G1 and I could see him becoming a top contender for either of the two big Championships in 2016.  Shibata has become one of my favorite guys to watch.  Just an unbelievably tough son of a bitch with a massive chip on his shoulder.  Look for Naito's antics to repeatedly piss off Shibata, allowing Naito to get a surprise win once inside his opponent's head. 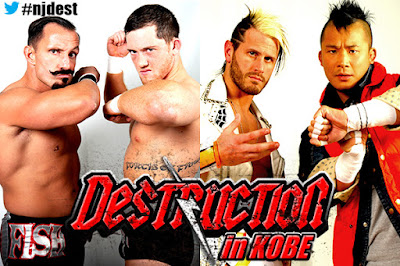 Unlike its Heavyweight counterpart, the Jr. HW Tag division in New Japan is pretty healthy right now, with multiple imports from ROH spending a lot of time in New Japan.  Bobby Fish and Kyle O'Reilly captured the belts from perennial Champs The Young Bucks back in July and will now face the reunited Time Splitters.  This should be a fantastic display of tag team wrestling and a feather in the caps of Fish & O'Reilly.  I'm going with reDRagon to retain. 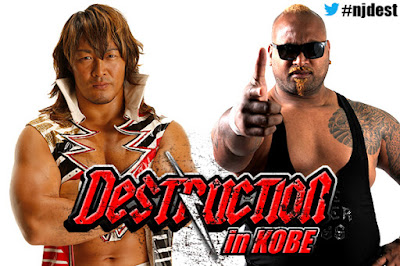 Last month Tanahashi bested longtime rival Shinsuke Nakamura to win G1, setting up a rematch from WrestleKingdom 9 with Okada.  However the rules of G1 state that the tournament winner must grant a shot at the Challenge Right Certificate to each wrestler who beat him during the tourney.  Thus Tanahashi will face Fale at Destruction.  If Fale wins, he gets to be in the main event of WK10.  There's no way in hell that will happen, but Tanahashi should certainly be able to get a good match out of his huge opponent. 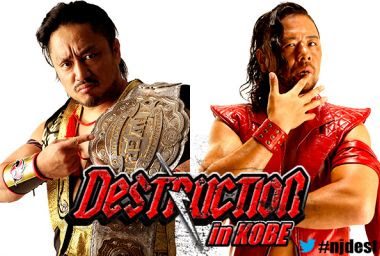 Goto has defeated Nakamura twice on PPV in I-C Title matches, but Nakamura won their G1 tournament match together, thus earning one more opportunity at the belt he's made so valuable.  These two always have good to excellent matches together, and I see this one stealing the show.  Since Nakamura, heavily favored to win G1, came up short I can't see him dropping a third consecutive Title match to Goto.  I think Nak wins back the belt and goes on to defend against AJ Styles at WK10.  Then next year he can make another run at the big belt.


Those are the picks.  I did quite well predicting Dominion, going 8/9, so hopefully I'm not far off the mark here.  Regardless I feel like it's been ages since G1 ended, so I'm itching to see more New Japan action!  Enjoy the shows!
Posted by Justin Enuffa Ballard at 12:48 PM