Yesterday, the NFL's PR firm, otherwise known as ESPN, released its latest smear campaign against the New England Patriots, the reigning Super Bowl Champions. After the NFL and Der Fuhrer Goodell got embarrassed by a federal judge in court last week over the Deflategate nonsense, ESPNFL decided to drop an article rehashing the almost decade-old Spygate controversy. Below is all the new info included in the article: 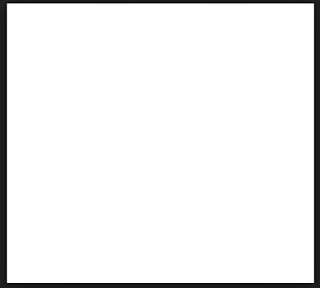 The whole thing is essentially, "Anonymous source says 'We always thought something was going on but we can't prove it.'"  Since when is that reporting? There are no actual facts in the entire 10,000+ words. And the "reporters" responsible for this are getting all kinds of praise for this garbage article. We're officially in Bizarro World.

It states the Patriots taped 40 games from 2000-07. It strangely leaves out the fact that taping from an area other than the sidelines was legal til '07. The Pats were punished for taping in non-designated area. In fact, it's still legal to record the other teams from around the stadium as long as it's not the same game day. So I honestly don't even know what the point of this is, other than ESPN saying "Hey, the Pats got caught doing something years ago." They were successful beating NFL in court last week, so the NFL smeared them with this article to remind American citizens the Pats are the cheatingingst cheating cheaters that ever lived.


One of the "revelations" (or as the layman calls them, unfounded rumors) in that yellow journalism piece is that evidently the Pats sent a low-level employee to sneak into the opposition's locker room and steal plays from them. The idea that the Pats had some clandestine member of their staff stealing playbooks is almost as funny as the idea that all these other teams knew this and just went "Gosh, they did it again! Oh well!"  Why would everyone allow the Pats to steal playbooks repeatedly instead of, ya know, taping them in the act? Reverse the Spygate, dummies!


Amazingly you never hear Giants players complain about "alleged" cheating by the Patriots. Guess that's the one team they didn't cheat against huh? Makes sense. The two games you'd think these awful cheating folk from New England would do their cheatingest best to cheat at would be the GOD DAMN SUPER BOWL but nope, they were only honest for those two, according to other fanbases. Got it.

And oddly, ESPN dropped this smear job a half hour before Rog showed up on their airwaves. Strange timing, eh? This rubbed my good friend and new Enuffa contributor Brandon Cuddemi completely wrong. He had this to say, after the steam stopped piling out of his ears":

ESPN couldn't be more loathsome. Their joke of a radio show, Mike & Mike, which is pretty much just 4 hours of advertisements, had Goodell on this yesterday morning. No hard questions. With all the crap Deflategate has been, wouldn't you pepper him with tough questions, like:

-Whats with all the false leaks?
-Why are you going so hard for squishy footballs?
-Why did you originally call it an "independent" investigation, only to say it didn't have to be one months later?
-Are personal vendettas fueling things in the NFL league office?
-How can you justify the entire role in Deflategate with the lack of fairness or any kind of proper due process?

But no, none of those questions. And on the same day, ESPN is leading with a SPYGATE investigation. Complete joke. Its all over their website. Clearly just trying to drag the Pats through the mud again. I'm not sure I've ever seen such a blatant sham organization.


Some key quotes from the ESPN piece:

"The practice of decoding signals was universal in football -- a single stolen signal can change a game -- with advance scouts jotting down notes, then matching the signal to the play. The Patriots created a novel spying system that made the decoding more dependable."

-Oh, so the Pats just were better at a thing everyone did...what?

"A former member of the NFL competition committee says the committee spent much of 2001-06 "discussing ways in which the Patriots cheated," even if nothing could be proved."

-So an unnamed source - which they almost all are in this thing - says they looked into pats cheating for 5 years. And that never made it out to anyone? Riiiiight. Oh, and Spygate was never reported until 2007, so there's that.

"It reached a level of paranoia in which conspiracy theories ran wild and nothing -- the notion of bugging locker rooms or of Brady having a second frequency in his helmet to help decipher the defense -- was out of the realm of possibility."

-So myths equivalent to UFOs, the Loch Ness, and Big foot became possible.

"There were regular rumors that the Patriots had taped the Rams' walk-through practice before Super Bowl XXXVI in February 2002, one of the greatest upsets in NFL history, a game won by the Patriots 20-17 on a last-second Adam Vinatieri field goal."

-Proven false, and reiterated as false like 1000 times at this point. Does the article say that? No. Instead it gets away with it by calling it "the rumor that Pats had taped the Rams..."

"The Panthers now believe that their practices had been taped by the Patriots before Super Bowl XXXVIII in 2004. 'Our players came in after that first half and said it was like [the Patriots] were in our huddle,' a Panthers source says. During halftime.....New England led 14-10 ....Carolina's offensive coordinator, Dan Henning, changed game plans because of worries the Patriots had too close a read on Carolina's schemes. And, in the second half, the Panthers moved the ball at will before losing 32-29 on a last-second field goal. 'Do I have any tape to prove they cheated?' this source says. 'No. But I'm convinced they did it.'"

-Umm, #1 They knew your plays so well they were up by 4 at halftime. And after you changed everything up, you outscored them 19-18?  #2 Of course you have no proof. Its all sour grapes from losing.

It goes on and on but you get the point. Teams like the Steelers and Eagles make accusations. You know, because there's no way they could have just lost on their own validity.

I couldn't agree more, Brando. The whole thing is sour grapes, with nary an actual piece of evidence in the article. Unless another team besides the Giants beats the Patriots in a Super Bowl, I'd say then whining will remain status quo. Until then, the fans in New England can continue to enjoy the parties and parades, and laugh all the way to Foxborough.
Posted by Justin Enuffa Ballard at 10:15 AM