While Justin and I were reviewing the new Metallica album, the question of where it ranked in the band’s catalog was an obvious one. After reading Justin’s rankings, I knew I needed to list my preferred order of their works because...well, why should he have all the fun, right (Like it’s his site or something)?  So, without further ado...here is my ranking of Metallica’s albums. 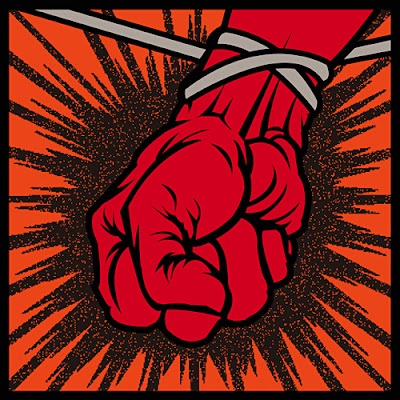 I think the notorious snare drum could be the only reason anybody needs to put this album at the bottom of the list, but nevertheless there are more reasons. The riffs were generic and uninteresting and at times it seemed as if James and Kirk’s guitars were competing for space, muddying up the playing. The absence of Kirk’s guitar solos hurt, causing the majority of the songs to be boring, especially with the long track times. Add all of that up and it’s easily their weakest album. As much as people hate this record (and boy do they hate this record), I don’t hate it as much. I really like the first four tracks and I love the anger that comes across in James’ vocals. Overall, the music did embody the turmoil the band was going through at the time and, like Justin said, was an album the band needed to make. 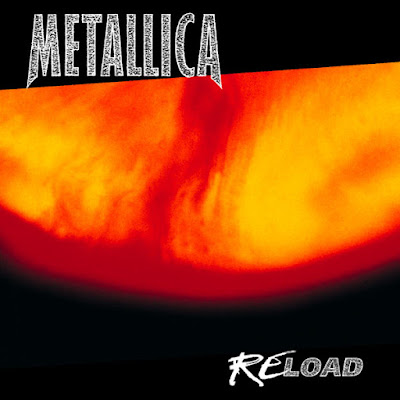 The sister album to Load had a lot of really good songs, excellent playing and saw the band experiment a little further than on previous albums inhabiting a more mature-sounding style. Even though it was meant to be paired with Load, overall it has a different vibe than its companion. Some songs have a more country-blues influence and a lot of the songs, like “Slither”, “Bad Seed” and “Devil’s Dance”, carry some pretty heavy grooves in the riffs. The album does have some weak spots and quite a few songs feel as if they’re imitations or reflections of songs off of Load. Justin mentioned “Fixxxer” is “Outlaw Torn 2” and I would also add that “Better Than You” is a poor man’s “King Nothing” and “Prince Charming” imitates “Wasting My Hate”. None of that ruins the album for me per se, but it’s very obvious and makes the album as a whole weaker. 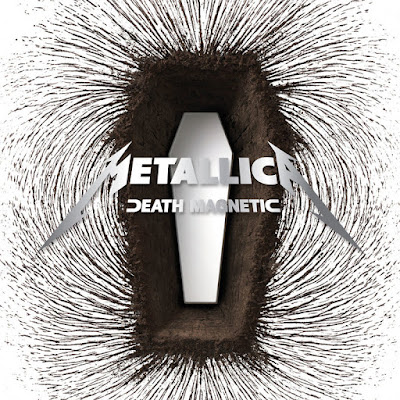 The band’s return-to-form album was a very welcome thing to hear for me and other fans as they tried to pick themselves up from the misstep of St. Anger. The album showcased that the band still had the ability to speed things up and kick some ass. Even though master producer Rick Rubin fucked up the production on this album, the feeling and message was still there and clear. The band was a unit again and they sounded better than ever. However, I felt the album catered to the “I like old Metallica” crybabies by not just returning to their thrash sound but also including an instrumental track, the first since “Orion” off of Master of Puppets (JB Note: If you don't count "To Live Is to Die" as an instrumental.  I do, Mike doesn't.). The inclusion of a third “Unforgiven” song was unbearable to me (I cringed at “Unforgiven 2” on ReLoad only to vomit with this third and hopefully final installment). It’s a very strong album with tons of energy, memorable riffs with fluid tempo changes and was definitely their best thrash effort since ...And Justice For All. 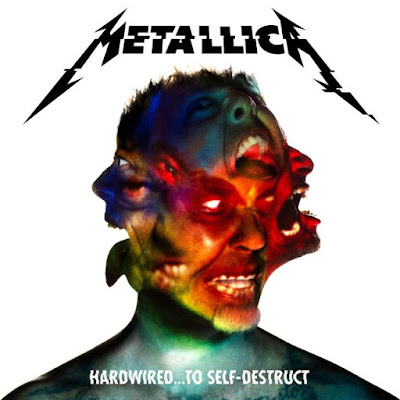 The band’s newest album picks up where Death Magnetic left off and expands on it by infusing a wider range of sounds and styles that encompasses all eras of the band, as well as being a better sounding record than its predecessor. The album kicks off with the title track that for me is their best album opener since “Fuel”. Each song contains little musical nooks and crannies that make me wonder where it will eventually lead, and I find myself rarely disappointed in the result, although this does tend to make a few of the tracks feel a little bloated and over-thought. Some of James’ lyrics are a little trite and the band does tend to play on some general thrash cliches but all of that is easy to push aside and appreciate the album. True, the band does play it safe on this one causing it to sound like your run of the mill “Metallica album." However, I am looking forward to hearing these songs live. 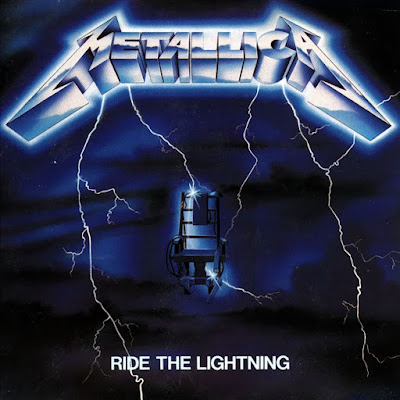 My favorite thing about the band’s second album was the immediate shift in the band’s philosophy. They weren’t going to solely rely on the speed metal of their debut album. Instead, the band experimented with instrumentation, mixing slower tempos with more complex songwriting and using a variety of harmonies and melodies. The songs tackled more mature subject matter than on their debut and included the band’s first ballad, the haunting “Fade To Black”. There was raw aggressive energy in songs like “Trapped Under Ice” and “Creeping Death” before ushering us into “The Call of Ktulu”, a sprawling instrumental with Cliff Burton’s bass anchoring the track. If Kill ‘em All became the standard of thrash metal, Lightning helped the band push the bar a little higher. 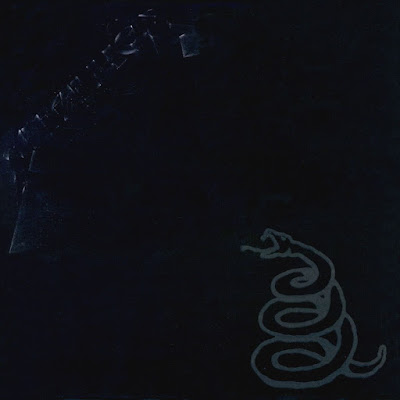 The album that introduced me to Metallica would also be their most divisive album of their career. Due to the complexity and length of the songs off of ...And Justice For All, the band shifted in an entirely new direction, writing shorter, simpler songs with slower tempos. This caused their fanbase to split: those who preferred the thrash metal speed of “old Metallica” or those who preferred the mainstream arena rock of the “Black Album”. The muscular crunch of “Sad But True” and “Of Wolf and Man” showed Metallica might’ve ditched the speed but never gave up their heaviness, while James’ vocals were more vibrant and melodic. The band showed a wider versatility with songs like “The Unforgiven” and “Nothing Else Matters” while still kicking out the rock numbers of “Wherever I May Roam” and “Holier Than Thou”. Metallica shrugged off accusations of selling out with a "take it or fuck off" attitude, which caused twelve-year-old Mike to become an obsessed, lifelong Metallica fan. It was the album that sent Metallica into a stature all their own and made it clear to everyone that they will do whatever they want. 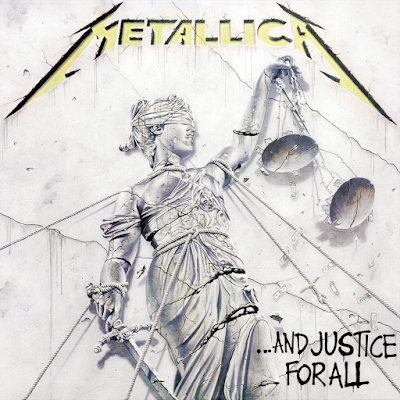 The band’s fourth album is the most thematically contentious album in their catalog and James’ vocals have never sounded more direct, angry and filled with disgust. The overall sound of the album is pretty barren, reflecting of the general theme of the American Dream being beaten down by political corruption, war and environmental disregard. I love the guitar playing on this album, really memorable riffs and great leads. Even though Newsted’s bass playing is nowhere to be found it doesn’t hurt the album, in my opinion, just makes the band a bunch of dicks. When I first heard the blazing speed of album closer “Dyers Eve” I was sold as a fan. It was just unreal how fast they were playing while still being so melodic. It also bears my favorite Metallica album cover. The image is so striking and vivid, with Lady Justice tied up, blindfolded, her one breast bare with her scales overflowing with money. Metallica really had things to say on this album and they made it ring crystal clear. 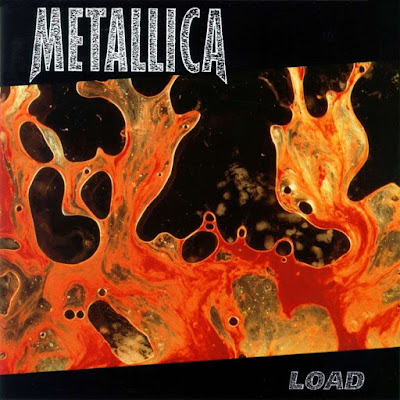 In my opinion, Load is the most underappreciated and misunderstood album in the band’s catalog. It showed the band doubling down on their new sound and style while also changing their look. What resulted was an album of newfound musical discovery at a time when the metal resurgence was tired and played out. Metallica still played with a purpose while infusing their sound with a variety of styles. The bluesy groove of “2 x 4” remains one my favorite riffs off the album. My favorite song from this release has always been “Bleeding Me;" this song contains some of the best lyrics James has ever written and the performances are so fucking good, from Lars’ drumming to Kirk’s solo, the force behind that song has never faded. The quirky, bluesy riff of “Ronnie” was a little off-putting when I first heard it, however it didn’t take long to become a favorite of mine with lyrics that dripped with vibrant imagery. The heartfelt soul of “Mama Said” continued to add a new dimension to the band’s body of work. “The Black Album” gets a lot of attention, and for good reason, but I’ll always maintain Load is the better, stronger album front to back. 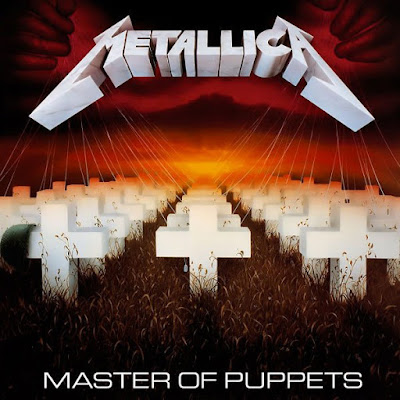 Justin stated that this album might as well have been 1A and I will echo that sentiment. It’s really difficult to parse between this and my top selection. Highly regarded as Metallica’s masterpiece, the band’s third album is a downright force, with there not being a bad track to be found. The band steps on the listener’s throat with the opener “Battery” and never lets up until the wrecking ball of “Damage Inc.” has subsided. It’s a well balanced, incredibly consistent work with the title track being the centerpiece. Each band member is on point with their respective performances. James’ vocals have never sounded better and Kirk’s leads have never been so intimidating. Cliff’s influence and performance on this album vaulted him into iconic status, even before his tragic death while touring for this album. You’d be hard-pressed to hear a more perfect metal album. 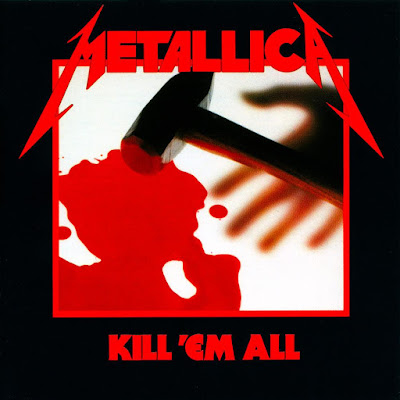 This thrash classic is still my favorite Metallica album and the one that I return to often. I love the raw, frenetic punk energy mixed with the ferocious power of metal, even if the themes of the songs overindulge in classic metal cliches. I still find myself humming the melodies in my head. Its influence within the metal genre is immeasurable and one of the few records that DARED to include a bass solo. The fade-up into the first track “Hit The Lights” still pumps me up with every listen. The lightning strike guitar playing in “Metal Militia” and the great guitar riff of “The Four Horsemen” still impress the hell out of me. The album is a grand introduction for a band that knowingly and forcefully backs it up.

Well everybody, that’s my list and I’m sticking to it!
Posted by Justin Enuffa Ballard at 11:39 AM