Look, we all heard it yesterday after the Patriots dismantled the STLA Rams. “Tom Brady has now surpassed all other quarterbacks in NFL history with his 201st win”. He’s the winningest of all time. He’s got four Super Bowl rings, on his way to a possible fifth. He keeps breaking records and in his 39th year of life, his excellence shows no signs of slowing down. He is truly the GOAT. 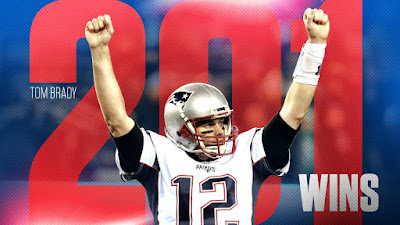 Yeah, great, grand. But let’s be honest. Let’s be realistic. How many does he actually have? None. That’s right ZERO. As we all know, the Lord and Emperor Roger Goodell, who I trust implicitly, told me that science does NOT exist in the small town of Foxboro, Massachusetts. Which totally makes sense. So when Tom SHADY was found to have paid off multiple ball boys AND Mother Nature by deflating footballs in the hallways and pisshouses of Gillette Stadium, all his wins are vacated.

It stands to reason to me and any other real fan of honest-to-goodness no-cheating football that TB12 has exactly NO REAL WINS. No, that’s correct. Saint Roger of House Goodell let me know that he viciously abused footballs so I discern he’s done this his whole, gross, cheating career. So he has ZERO victories leading up to this year. Sure, after he was found to be the cheatingist cheater in CheaterLand, the balls were under lock & key like nothing we’ve ever seen before. But you just know Brady, with his gorgeous eyes and cleft chin, got to them somehow. He HAD to. How else would you explain his insanely good stats this year and last?

Hard work? Practice? Talent? No way. AIR IN FOOTBALLS. And clearly being that he was suspended this year, none of his wins this year count either. How can wins count the same year you’ve been suspended, DUH!

I refuse to believe that anything other than some sort of witchcraft has helped him "win" all these games. It’s just not possible. So bow down to him if you want, bow to him. Bow to the King of Slime, the King of Filth, the King of Putrescence. Boo. Boo. Rubbish. Filth. Slime. Muck. Boo. Boo. Boo. 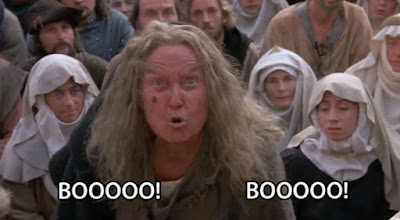