Welcome to another edition of Top Ten Things, here at Enuffa.com, where I count down the ten things at the top of the mountain (get it?).... 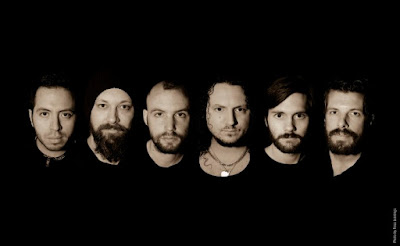 Today I'll be talking about the ten finest compositions by British prog-metal masters Haken!  I discovered Haken only recently, after seeing in a Newbury Comics newsletter than their newest album Vector was set to be released.  I looked 'em up and read all about their brand of progressive rock, not to mention all the accolades their albums have gotten, and gave them a listen.  I was hooked immediately, and have spent the last few months immersed in their catalog.  Haken's music somehow grabs the listener instantly with stunningly crafted songs, but also rewards multiple spins with loads of ear candy, unusual influences, odd time signatures, and dense vocal harmonies.  This six-piece is unquestionably the real deal, and one of the most exciting bands of any genre that I've encountered in years.  Where I find many prog bands too eager to dazzle at the expense of good old-fashioned songwriting, Haken's songs are rock-solid first and technically marvelous second.  Their music is instantly addictive but simultaneously reveals new layers with each listen.  I can't recommend them enough.  Click HERE for my full review of The Mountain....

Here are my ten Haken favorites.... 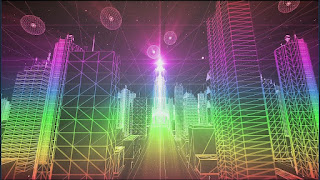 One of Haken's most uplifting songs, "Earthrise" starts out with a sycopated verse and builds to a soaring, harmonized chorus (one of their most instantly hooky), eventually returning to a modulated version of said chorus toward the end of the tune.  Like "Insomnia," my only gripe with this song is that it's too short.  This is a chorus that could be repeated on a loop without getting old.  This is one of the standouts from the Affinity album. 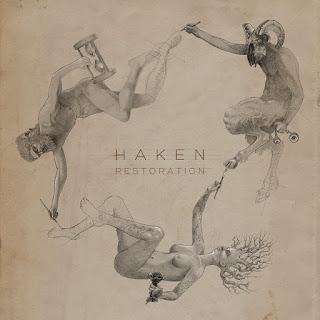 The 19-minute epic from Haken's Restoration EP, "Crystallised" kicks off with a bouncy 7/8 jazz fusion verse that opens up into a wondrous rock chorus.  Right away the song sticks with you (as do so many of Haken's tracks), but the bridge takes it to another level with an a capella counterpoint piece that builds into full minstrel-inspired segment.  It's unlike anything else in their catalog and immediately captures your attention.  The song finds its way back to the chorus and then to a climactic, multi-layered outro about accepting change and moving on.  This section reminds me of some of Dream Theater's long-form tunes and is yet another instantly memorable hook in a song full of them.  This is one of Haken's great marathon tracks. 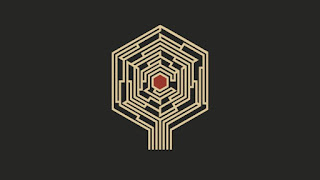 The extravagant centerpiece of Affinity is this near-sixteen-minute epic, featuring a guest death vocal by Einar Solberg of Leprous.  The greatest strength of "The Architect" is its ever-changing Fear Factory-esque chorus hook over a jackhammering syncopated guitar riff.  At the end of the song this chorus is brought back over a totally different riff and in a different time signature, but the melody is so strong you almost don't notice the change at first.  "The Architect" is one of many Haken epics whose running time flies by. 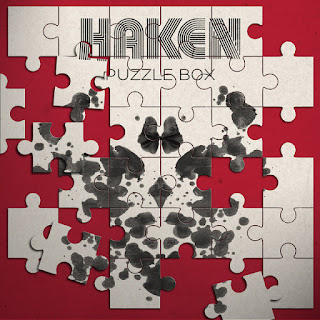 The second single from Haken's latest album Vector, "Puzzle Box" jumps right into the meat of the song, with a mournful, hook-laden verse-chorus structure that gets the tune moving quickly.  But then the track takes an unusual turn with Zappa-style keyboard breaks, a sparse, layered vocals-driven section, and a ballistic metal attack, before arriving at the sublime climax of the song.  Using a variation on the main riff, the guitars introduce a new chord progression, over which Ross's dense vocal layers lament "How can truth set us free when lies are all we have/How can time heal us when our days are running out?"  This is one of my favorite parts of any Haken song, and they could repeat it ad nauseum without it ever getting old.

6. Falling Back to Earth 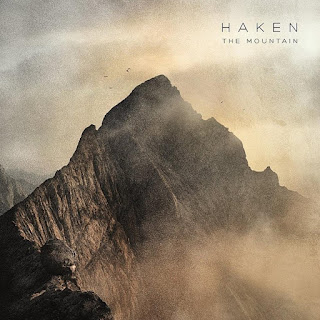 If the first half of The Mountain is full of hope an optimism, "Falling Back to Earth" is the turning point when the album snaps back to harsh reality; the song is even divided into two parts, Rise and Fall.  A pulsating, syncopated feel carries us through the threatening verses before the song opens up into a majestic 5/4 chorus, later giving way to a soulful, emotive bridge section.  "Falling Back to Earth" is the lynchpin of The Mountain and probably evokes the album's cover imagery more than any other track. 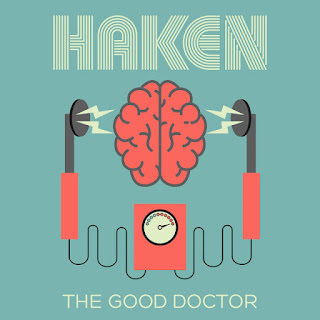 The first Haken song I ever heard, and the first single from their fifth album, "The Good Doctor" almost feels like a band known for epic-length songs saying "Oh, you wanna hear a radio single?  Chew on this."  This song has no fat on it, yet still contains enough proggy instrumental chops to please the diehard fans, not to mention a chill-inducing chorus hook.  It also happens to be one of the band's heaviest songs to date, with brutal percussive guitar riffs and driving beats.  This song is almost a microcosm of what makes Haken great, and is thus the perfect teaser for new fans.  If you need to introduce a friend to Haken but aren't sure if they'll be willing to sit through a 9-minute track, play them "The Good Doctor."  "Electricity is the prescription he needs..." 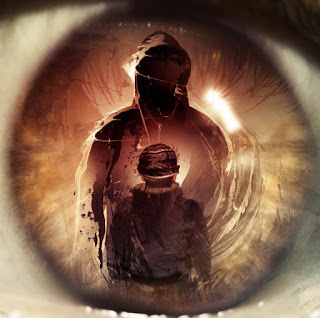 My only complaint about "Insomnia" is that there isn't enough of it.  Probably the grabbiest track on the Visions album, this jazz fusion-infused tune includes one of the best and most memorable chorus hooks Haken has ever written.  The first time I listened to this song I got chills and couldn't help grinning.  It's one of those songs you don't want to end, and I wish they repeated this chorus half a dozen times to close out the track.  Whenever I can't fall asleep at night, this chorus now takes over my brain.  "Dying to get back to sleep again/I lie in my bed but I've seen the end/My days are numbered, in death I discover/Insomnia/Insomnia" 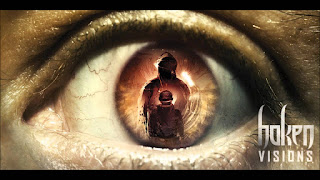 What a grandiose, magnificent song this is.  The closing title track from their second album, "Visions" runs a sprawling 22 minutes and feels like 12.  With an instantly memorable chorus hook that goes through various incarnations, dazzlingly intricate instrumental breaks, influences ranging from straight-up metal to Danny Elfman, and a slow-building poetic finale, "Visions" is one of the greatest large-scope rock songs I've ever heard.  Lofty and weighty without feeling overindulgent, this is how you do a prog-rock opus. 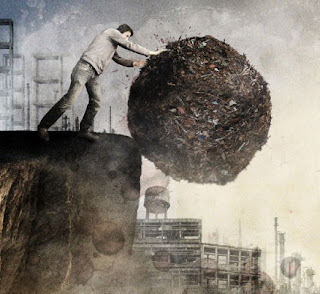 The nine-minute closing track of Haken's best album (IMO), The Mountain, "Somebody" is a melancholy hymn of regret, with a passionate, pleading chorus hook and a decidedly somber sound.  No chunky djent guitar riffs on this one, just clean, arpeggiated, weeping chords that eventually give way to Hans Zimmer-esque horns in the song's climactic final chorus.  This tune sums up the band's third album about scaling dizzying heights and reaching for one's dreams before having it all come crashing down.  In the end the record's tone is one of defeat and disappointment, captured tragically and beautifully in this song. 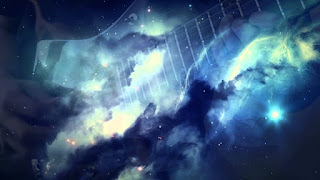 For me Haken's single greatest song is the penultimate track on The Mountain.  With an Eastern flair, this track builds from a variation on the 5/4 chorus hook, taking on a Tool-esque quality.  Jennings' vocals start low and subdued, and the song quickly builds to an explosive chorus.  After two verse-chorus sections there's a dazzling syncopated instrumental break that alternates between 7 and 8, and the bridge section dials down the energy before ramping back up for the final chorus.  The song then closes with a fantastic, soaring outro melody, thus concluding the band's masterpiece.

That's my Haken top ten list - if you haven't check out this band yet, what are you waiting for?  Their music will haunt you.  Thanks for reading - join us on Facebook, Twitter and YouTube!