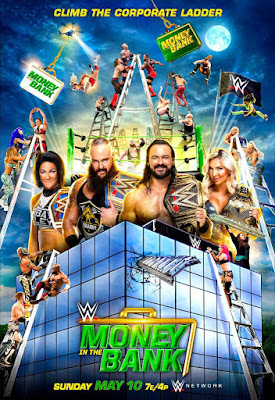 Well I did it, I cut the WWE Network cord after WrestleMania.  WWE's product has simply strayed so far from what I enjoy in a wrestling show, AEW is providing a much more fun North American alternative, and now with the lockdown continuing it seems we'll be treated to even more pre-taped "movie" matches like Taker vs. AJ.  So why am I still doing WWE predictions, you ask?  Good question.  Force of habit maybe?  I dunno.  I won't be watching Money in the Bank, but I'll try to pick some winners anyway, just to prove to myself I'm still accurate about 70% of the time.  So let's do this... 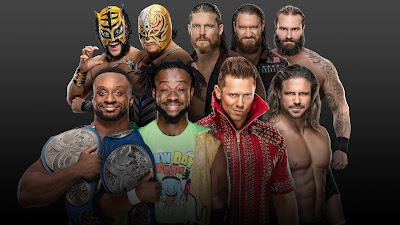 Why in the hell did they put the belts right back on New Day?  What was the point of Miz & Morrison's one-month reign?  Christ.  Anyway, this reeks of "filler match," so I don't think the titles are changing again already. 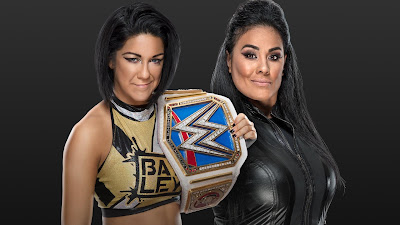 Uhh, Tamina?  Really?  Aren't these two both heels?  I know you wanna save Bayley vs. Sasha (for fuck's sake, FINALLY) for a bigger show like SummerSlam (especially when Boston is Sasha's hometown) but was Tamina the only other available challenger?  I don't have much hope for this one.

Pick: Bayley has to retain until the Sasha match happens 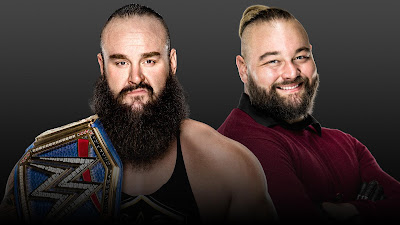 Yeesh, this isn't gonna be much of a match at all.  I'm still flabbergasted that they spent all that time building up Wyatt, only to have him lose in embarrassing fashion to Goldberg, all so Goldberg could lose to Roman, who then dropped off the WrestleMania card, forcing Goldberg to lose a stinker of a match to Braun.  What a shit show.  So now Wyatt is right back to challenging for the belt instead of in the midst of a six-month reign.  This could go either way, but I'll pick Braun to retain since he just won it, and since it looks like Bray won't be The Fiend this time around. 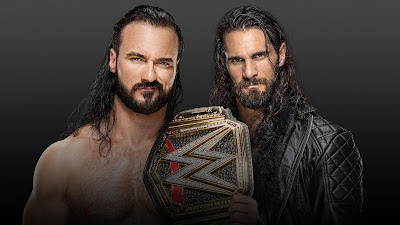 This match has the best potential of anything on the card, even if Seth getting a title shot makes zero sense after losing to Kevin Owens last month.  Vince, why are you the way that you are?  Anywho, Drew needs some really great title defenses under his belt to establish himself as a worthy champ, and Seth is as good a candidate for that as any.  I'm still so disappointed with that Drew vs. Brock match.  Zero imagination put into that.  Just pitiful.  This should be a whole lot better.  Drew obviously ain't losing yet.


Women's Money in the Bank match: Asuka vs. Shayna Baszler vs. Nia Jax vs. Dana Brooke vs. Lacey Evans vs. Carmella 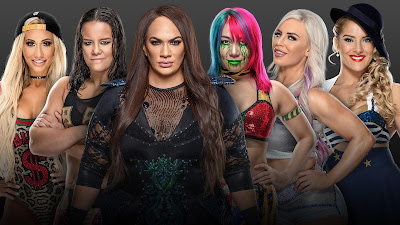 This year since there's no crowd, they're holding both MITB matches at WWE Headquarters and having wrestlers climb up to the top of a fucking building.  Super, so it'll be shot like another bad action movie.  What's the over-under on someone falling off the roof (kayfabe) and magically returning to action in a matter of weeks?  This match has three and only three potential winners.  Asuka, who is apparently back to singles action since Kairi Sane is likely not long for WWE.  Nia Jax, who just returned from a year layoff and already damn near crippled Kairi with sloppy ring work.  And of course Shayna Baszler, robbed of what should've been a monstrous WrestleMania win to end Becky Lynch's one-year title reign.  There's only one correct winner, and it's Shayna.  Give her the briefcase, let her destroy everyone, have her challenge Becky up front at SummerSlam, and have her win the goddamn belt this time.


Men's Money in the Bank match: AJ Styles vs. Daniel Bryan vs. Aleister Black vs. King Corbin vs. Rey Mysterio vs. Otis 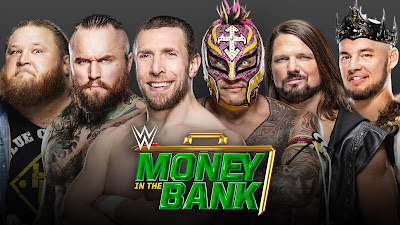 This match also only has three potential winners.  Aleister Black, an up-and-comer who handily defeated Bobby Lashley at 'Mania.  Daniel Bryan who remains over and viable as a top guy no matter how many times they screw him over creatively (Is there a Bryan vs. Nakamura feud ANYWHERE in our future?).  And AJ Styles, who after putting over the 55-year-old Undertaker for the second time is clearly owed something.  I'd be okay with any of these three winning, but AJ has to be the favorite.  And he deserves it for putting up with that Boneyard Match puppet show.  Why is Otis in this match?


Only six matches as of now.  Hopefully they won't make the ladder matches obscenely long like Edge vs. Orton was.  The show has potential.  Somebody let me know if it's any good.