And we're back with another edition of Top Ten Things, here at Enuffa.com!

Today I'll be talking about what are in my estimation the ten best songs by the greatest metal band of all time, Metallica!  For those of you who are new to the site, my associate Dan Moore and I argued at great length about Metallica's recent works HERE, but we both agreed that in the pantheon of face-melting, gut-pummeling, earhole-drilling heavy music, Metallica stand head, shoulders, knees and toes above the rest.  From their searing debut Kill 'Em All to their mainstream rock megahit Metallica (otherwise known as The Black Album), to their misguided, psychotherapy-infused St. Anger and subsequent return to shred-worthy form, the epic Death Magnetic, Metallica have crafted a masterful body of work consisting of nine (soon to be ten) distinctive studio albums that span three decades. 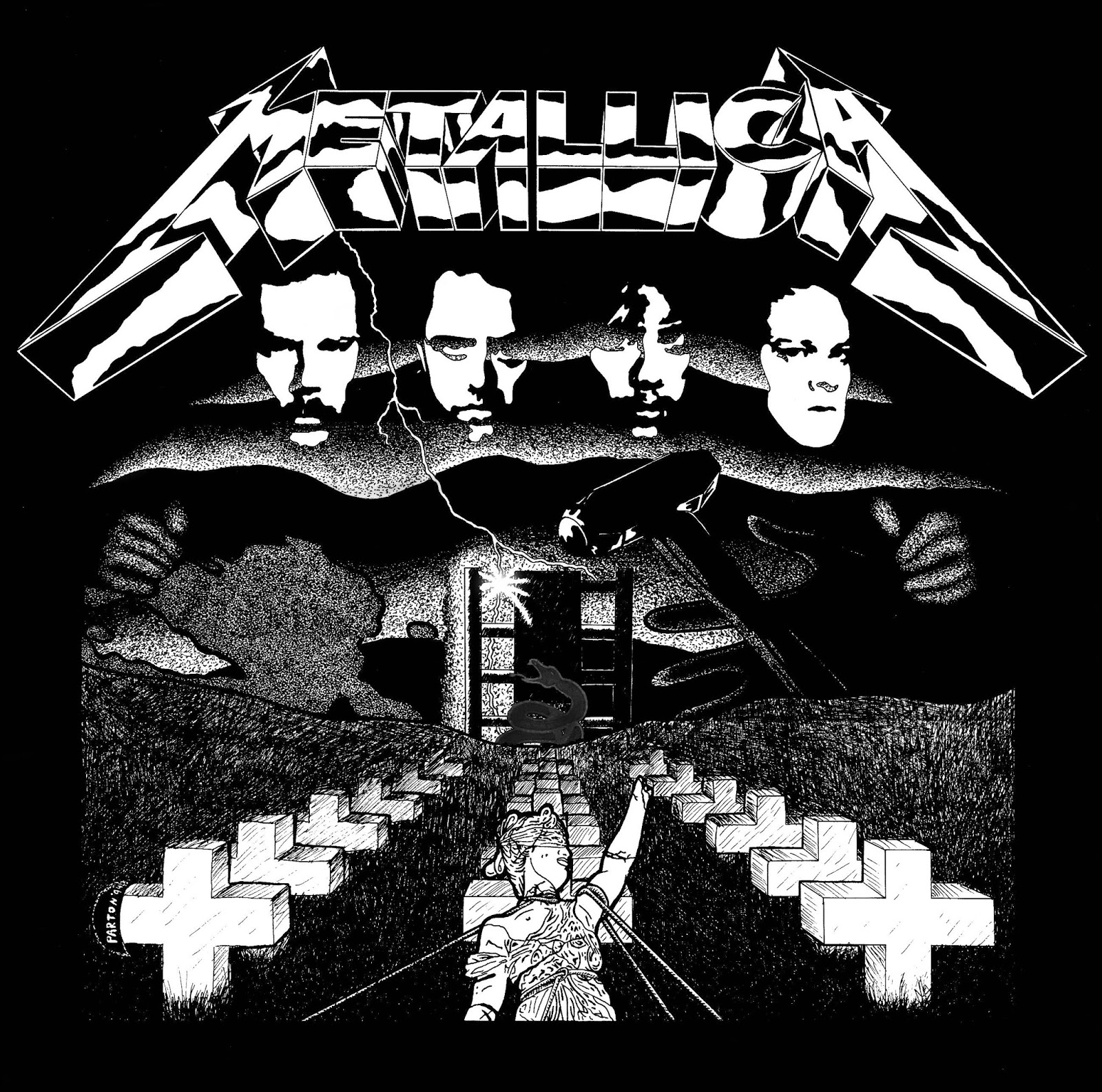 But which of their dozens of legendary songs are the best of the bunch?  It was tough to narrow it down to ten and I had to take into account both my own personal connection to the songs and their overall importance.  Let's take a look, shall we?

10. My Apocalypse - The blistering closer of Death Magnetic is reminiscent of the band's early thrashers.  The track is impossibly fast and visceral, and leaves the listener with the clear impression that, yes, Metallica is back to the business of making old-school speed metal better than anyone in the business.


9. Frantic - This selection will undoubtedly be controversial, but the one great song on St. Anger is a brutally heavy aural juggernaut that features a killer tritone-based guitar riff over Lars' relentless percussive hammering (for this one track I can forgive that horribly annoying ringing snare).  Plus I always dug the nu-metal influence of that "Frantic-tick-tick-tick-tick-tick-tock" line.


8. Fuel - The Load/ReLoad double album has taken a lot of flak over the years for being "too different," and "too grungy" for Metallica's core fanbase, but both albums contain several gems, the best of which is ReLoad's opening track.  "Fuel" has a kinetic, driving beat and an awesomely heavy detuned riff, accompanied by a tremendously hooky chorus.  This was the closest thing to a traditional metal song from Metallica's most experimental era.


7. Enter Sandman - Even taking into account only its commercial and cultural impact, "Sandman" is probably the most important song Metallica has ever released.  It took them from the biggest metal band in the world to one of the biggest bands in the world, period.  Largely due to the overwhelming success of this song and its parent album, the band went from headlining arena shows to headlining stadiums, and became veritable rock icons.  Ingenious in its simplicity, this is essentially a one-riff song, and what a riff!  It's one of the all-time classic guitar licks, instantly recognizable and transcendent across all music genres.  "Enter Sandman" is pure, simple hard rock perfection.


6. Battery - The opening track to the near-perfect Master of Puppets begins with a flamenco-inspired acoustic riff with piled-on harmonized leads, and then absolutely explodes into a deluge of Mesa Boogie-overdriven chunk.  "Battery" remains one of the most furious Metallica songs in the entire catalogue and is high on the list of their defining works.


5. Nothing Else Matters - The greatest departure from Metallica's signature sound was this delicate but powerful love song that featured layered acoustic guitars, thoughtful lyrics, gentle harmonies, and even (gasp!) a backing orchestra.  For a gruff quartet of macho metalli-dudes known for hurling around musical blood and thunder to release such an intimate radio ballad was quite an artistic risk, but it paid off massively.  "Nothing Else Matters" remains one of their most creatively charged efforts to date; a song that beautifully defies genre conventions.


4. Creeping Death - If there's a single definitive early-career Metallica song, it's probably this one.  This thrash epic inspired by The Ten Commandments pounds the listener with a flurry of drum and guitar attacks and never lets up for a second.  There are no intricate acoustic breaks, no melodic flourishes; just killer, slicing twin guitars, trademark Hetfield vocal roars, and an indelible chorus hook, followed by that quintessential Metallica chanted bridge section, "Die! Die! Die!"


3. Blackened - One of Metallica's most violent songs, "Blackened" fades in with grim layered guitars signaling palpable dread and bursts into a pitiless dervish of odd-time bombardment.  With lyrics essentially proclaiming "the world is fucked and we're all gonna die," this song sets the tone for Metallica's darkest and most unforgiving record, ...And Justice For All.


2. One - Metallica's breakout radio single (from said bleak album Justice) was inspired by the novel/film Johnny Got His Gun, about a World War I soldier who loses all his limbs and senses to a landmine blast, and is doomed to spend the rest of his life as a disembodied consciousness.  The music perfectly conveys the protagonist's hopelessness and crescendos from layered clean guitars to a machine-gun signature riff over which Hetfield barks the character's suicidal internal monologue.  This was my gateway Metallica song and it still holds up as a scathing anti-war opus.


1. Master of Puppets - Flawless.  The title track from the band's third album is an unblemished metal symphony of elaborate, chugging riffs and despondently howled vocals bemoaning the consequences of drug addiction.  The complex intro-verse-chorus structure - which incidentally contains not one but several iconic guitar parts - gives way to an astonishing clean section over which a double guitar melody wails mournfully, before building back into the heavy stuff.  "Master of Puppets" is quite possibly an impeccable metal song; the crowning achievement from a band who has made a career of creating greatness out of thin air.


Well there you have it.  Metallica's Perfect Ten.  Disagree?  Let's hear your picks - sound off in the comments section below!