Welcome to another Mass Music Review here at Enuffa.com, where our friend Chris Gillespie looks back at a seminal Massachusetts-based band of yesteryear..... 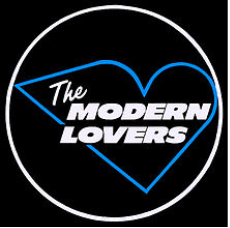 The brainchild of Natick native Jonathan Richman, The Modern Lovers ironically was born of his failure to make it as a professional musician in New York City while living on the couch of Steve Sesnick, the manager of the band with whom he was infatuated: The Velvet Underground. Richman spent nine months in New York and would go on to live in the infamously poorly kept Hotel Albert, but would later return to his home state and settle in Boston following a trip to Europe and Israel.


Deciding to organize a band modelled after the Underground, Richman recruited his childhood neighbor and friend John Felice on guitar. Following this, the duo quickly recruited drummer David Robinson and bass player Rolfe Anderson to the newly christened Modern Lovers. In September of 1970, the group played their first date with another local band called the Sidewinders only a month after Richman had returned home. From the beginning, it was clear that Richman had a unique manner about him during performances: he had short hair while wearing a tie and jacket and would often improvise new lyrics and monologues for different shows.


In early 1971, Felice and Anderson would leave the band due to school obligations and would be replaced by Harvard students Ernie Brooks and Jerry Harrison (bass and keyboard, respectively), forming the classic lineup of the group. The new members brought the band to the next level, as they helped make the band a very popular commodity in the Boston area, and word reached Stuart Love of Warner Bros. Records in the fall of that same year. The group’s first exposure to a major label led to an offer for a multi-track session at Intermedia Studio in Boston. The demo produced from this session, as well as the group's live performances, generated more attention from the industry, including rave reviews from Australian critic Lillian Roxon. Soon, even A&M Records was interested in signing them.


In April 1972, Modern Lovers would head to Los Angeles for two demo sessions: one for Warner Bros. (produced by the Velvet Underground's John Cale) and one for A&M (produced by A&M executive Allan Mason). These two demo sessions would later be used on the group's debut album compiled by Beserkley Records, which would ironically come out two years after the group disbanded. Founding member John Felice would rejoin the group for a time after his graduation, and the band would then move in with one another in Cohasset.


In early 1973, the group was signed to Warner Brothers and were meant to return to LA to record more sessions with John Cale. However, the group first agreed to play a residency at the Inverurie Hotel in Bermuda. While in Bermuda, Richman became very intrigued and later influenced by the calm and laid-back style of local musicians. This didn't exactly help the growing personality clashes occuring within the group. The band did eventually return to the U.S. and record their earlier songs. Richman, however, was anxious to evolve their style and wished to scrap all of their current songs in favor of a more mellow and lyrical sound. The rest of the band wasn't against the evolution occurring, but wished to capture their current sound before trying something new.

Sessions with Cale in September of 1973 never produced any usable recordings, seemingly due to the recent death of friend to the band and fellow musician Gram Parsons (who had been a Harvard student just like Harrison and Brooks). After failing to complete a debut album, Warner Bros. withdrew support of the band and Robinson left, going on to co-found the popular rock group The Cars. The (original) Modern Lovers stayed together playing live shows with replacement drummer Bob Turner for a few months, but Richman’s continuing refusal to play old (but unreleased) songs caused massive tension within the group. Following a final argument over musical style with Harrison, the group disbanded in February 1974.

Many of the group's former members would go on to have successful careers following their exit from the Modern Lovers; along with the aforementioned Johnson co-founding The Cars, John Felice would go on to form Boston-based group The Real Kids, Jerry Harrison would join Talking Heads, and Ernie Brooks would go on to work with musicians like David Johansen (former singer of the New York Dolls) and Gary Lucas (former member of the last incarnation of Captain Beefheart’s Magic Band). Richman continued to record on his own, eventually returning to California in 1975 to begin working for Beserkley Records. This is where the seminal punk album The Modern Lovers was compiled and, despite Richman’s refusal to acknowledge it as his "true" first album, the album was a critical darling and is considered one of the most influential punk albums of all time. Their most famous song off of the album, "Roadrunner," has been covered by bands ranging from The Sex Pistols to Joan Jett to Wire and even Phish.


Richman would reform the group in early 1976, with this new version traditionally being known as Jonathan Richman and the Modern Lovers in order to distinguish it from the original group.  This incarcation toured and released albums until 1988, but would arguably never reach the peak of the original band. Richman then began a solo career that continues to this day, including recently released albums like 2016's Ishkode! Ishkode! and 2018's SA, on Cleveland-based Blue Arrow Records. He even appeared in the 1998 romantic comedy There's Something About Mary as the Singing Narrator who would sporadically narrate the story in song throughout the movie, arguably his closest brush with mainstream popularity.

Posted by Justin Enuffa Ballard at 9:26 AM