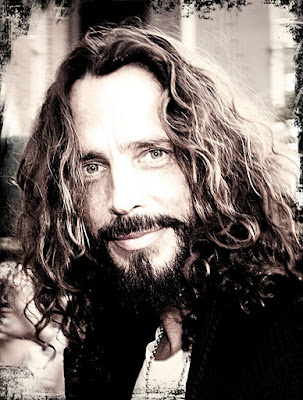 You knew when you were listening to Chris Cornell the second his 'voice' was heard. I use voice in quotations as I believe whatever that man had living in his vocal chords was more a force of nature than a mere voice like us common folk. His multi-octave screech could be heard for miles, be it from your radio or live in concert.

Cornell died last night amid circumstances that are still up in the air. But that’s neither here nor there. If it turns out that his personal demons were enough that he decided there was only one way out, then the end of his life was as dark as his middle years were bright.

He came from the Seattle grunge scene with Soundgarden, along with other great Seattle bands, Nirvana, Alice in Chains, Pearl Jam, Mudhoney & Screaming Trees, among many, many others. But his sound was far and away the most unique. That distinctive screech of his is something you didn’t just hear, you absorbed. One of the first songs I ever heard him sing was “Birth Ritual”.

Try going back to your pop songs after that one.

After hearing that, the quest was on to collect as much Soundgarden as possible. Superunknown was the first album I bought by them, but that was quickly followed by Badmotorfinger, which I consider their magnum opus. It has the classics “Jesus Christ Pose”, “Rusty Cage” & my personal favorite, "Searching with My Good Eye Closed". The Temple of the Dog followed that. It was a collaboration of Pearl Jam & Cornell. Essentially, Cornell fronting Pearl Jam for an album. And my god, it’s glorious.

But Cornell was more than grunge, as he proved with a later solo career, which was anything but routine. His solo outings ranged from rock to blues to pop to, no shit, an almost hip hop like album, Scream. He had no real genre that could define him.

And, get this, when he decided to go back into straight ROCK MAN, he fronted a new band, Audioslave, which was him DESTROYING vocals in front of Rage Against the Machine. That’s right, he decided to rock out with one of the best rock bands in the world at the time. No big whoop. He could do no wrong.

In these most recent years, he had continued his solo work and got back together with the band he’ll be most known for, Soundgarden. I’ll remember him as that small looking guy with that gigantic tornado sound emanating from his throat. He was a legit one of a kind talent, and the musical world is so much smaller now without him in it. 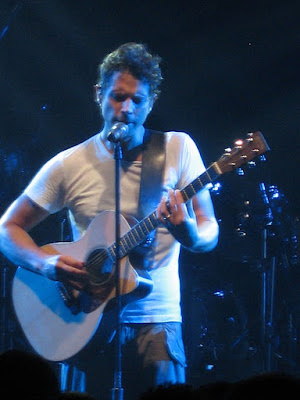