Welcome to another edition of Top Ten Things here at Enuffa.com! 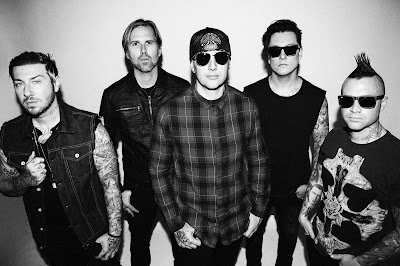 Today I'll be talking about my ten favorite songs by crossover metal gods Avenged Sevenfold!  I first became aware of A7X in 2005 when their third album City of Evil blasted its way onto the airwaves.  Songs like "Bat Country" and "The Beast & The Harlot" showed the band's musicianship and dexterity with complex prog-metal arrangements, and those were among the simpler tunes on the record.  I liked the album but wasn't blown away by it.  Then a few years later I gave their self-titled fourth album a listen and was stunned by the versatility on display.  From thrash to pop-metal to country to Broadway, this album had incredible variety and demonstrated the band's lust for new sounds and genres.  For me though their greatest album is 2010's Nightmare, which tempered the excess of City of Evil while preserving much of the flexibility of the self-titled record.  Several tracks were the result of their drummer The Rev's untimely death the previous year, lending the record a palpable expressiveness.  In my opinion the less said about 2013's Hail to the King the better; this was presented as an attempt to record a simple, classic-sounding metal album but to me came across as largely a Metallica "Black Album" ripoff.  But Avenged Sevenfold rebounded huge with their seventh album The Stage, a progessive concept album dealing with themes of space exploration, artificial intelligence, and humanity's self-destructiveness.  A7X was back on top of their game.

What really strikes me about A7X is their neverending determination to reinvent themselves and make every album different from the others.  Always intent on challenging the industry status quo, they've stated they don't care how heavy their music is as long as it's good.  I have great respect for bands who strive to transcend their genre, particularly when they're as musically accomplished as these fellas.

I'll be frank - this list exclusively contains songs from Self-Titled, Nightmare, and The Stage.  For me these three albums are in a class well above the other four (plus Diamonds in the Rough) and nothing from Sounding the Seventh Trumpet, Waking the Fallen, City of Evil, or Hail to the King made the cut.  But I'll include some honorable mentions: 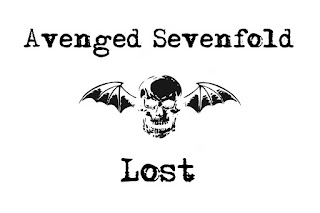 One of the most strikingly radio-friendly A7X songs, this speed metal anthem about man's inhumanity  boasts an impossibly fast tempo, shredding guitars, and a strangely saccharine melody with autotune-assisted choruses.  At first the effect seems out of place in a metal song, but you very quickly get used to it and before long the hook gets stuck in your head.  The song's energy is undeniable, as was the band's growing songwriting proficiency and confidence in trying new things. 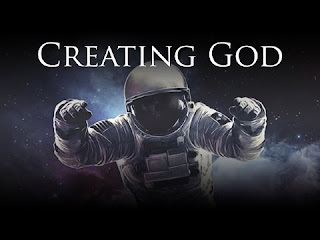 This midtempo, Alice in Chains-esque song about the dangers of experimenting with artificial intelligence would be at home on any rock radio station.  Syncopated guitars create a foundation for grungy vocal harmonies which build to a simple, soaring cautionary hook.  This was the first song on The Stage to really jump out on the inaugural listen, and remains one of my favorites. 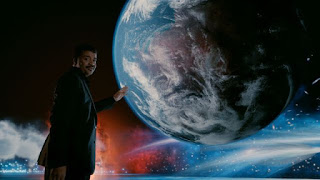 One of Avenged Sevenfold's most ambitious songs is the album closer from The Stage, a 15-minute magnum opus with multiple movements and a distinct Philip Glass influence.  The piece begins with floating, ethereal keyboard arpeggios before the band bursts in and the guitars take over.  Later the song becomes a metal gallop, and around the halfway point everything gives way to a clean guitar section with gentle vocal harmonies and serene lyrics about floating through space.  The final section ramps up to a blistering pace with a repeating guitar melody and ever-changing drum patterns, over which Neil deGrasse Tyson delivers a monologue about humanity's place in the universe.  I mentioned this in my review of The Stage, but this song and its awesomeness affects me emotionally every time.  Perhaps no other piece of music has simultaneously left me feeling both hopeful and insignificant. 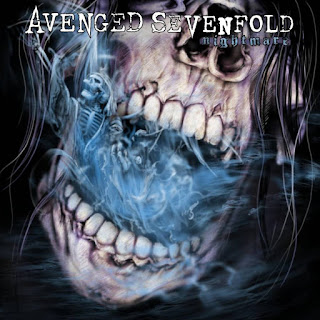 The opener for my favorite A7X record, "Nightmare" is a vocally complicated midtempo rocker directed at an evildoer who is about to get his eternal comeuppance.  There are some strong Metallica and Guns N' Roses vocal influences here but the chorus is unmistakably A7X, with an elastic, harmonized melody that immediately imbeds itself in your brain.  This song sets the stage for a truly remarkable and mature metal record. 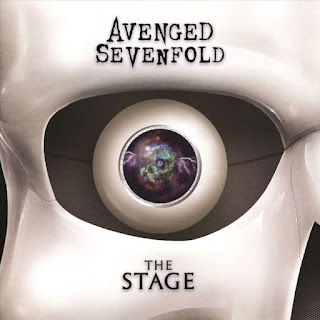 The opening title track off the latest album is probably the one that most warrants repeated listens; subtle layers and complex ear candy reveal themselves slowly over time, like a slow-release musical pill.  For me this song went from "pretty good" to one of the album's standouts, from the long intro build to the uniquely agile chorus melody to the dynamic bridge section and the Spanish-influenced guitar outro.  This epic song about humankind's destructive tendencies kicks off the album superbly, showing new dimensions of the band's already accomplished songwriting. 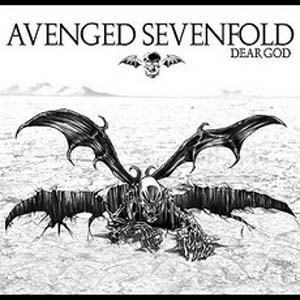 "Dear God" might be the song that really got me hooked as an Avenged Sevenfold fan.  This country-infused, emotional ballad has a very simple subject - "I'm on the road all the time and I miss my girl" - but it's executed fabulously and it's totally relatable.  The acoustic playing is tasteful and note-perfect, the melody is intricate but instantly memorable, and the heavy guitar\traded solos outro is sublime.  Zacky and Sinister unleash an extended volley of dueling, bluesy leads before joining at the end for a stunning harmonized melody that slowly fades out.  This song is an adventurous take on country rock to close out the band's most eclectic, experimental record.

My favorite song from The Stage is this multi-faceted dirge about being lost in the vacuum of space, with aggressive rhythm guitar-driven verses, syncopated drums, and layered vocal harmonies and guitar arpeggios in the chorus.  The section that really gets me though is the pensive outro featuring choir-style backing vocals and a haunting refrain about drifting through the stars.  This is one of the most evocative songs on the album. 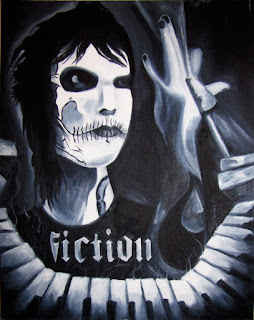 The final song written by the late Rev was this Gershwin-esque piano ballad about coming to terms with death, and it's powerfully poignant.  The Rev apparently recorded a full demo and turned it in to the band as the final song on their upcoming fifth album just three days before he died.  The lyrics are uncanny in their subject matter, with lines like "While I may be hard to find/Heard there's peace just on the other side" and "I know you'll find your own way when I'm not with you."  It's easily the most emotional song in the band's catalogue and I've been haunted by it since the first listen.


2. A Little Piece of Heaven 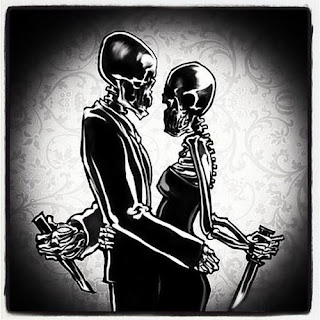 Probably the most genre-defying track the band has ever recorded is this Danny Elfman-inspired horror piece about murder, necrophilia, and rising from the dead, that plays like a morbid Broadway tune.  It includes little guitar work and instead features orchestral parts under a snaking, rhythmically byzantine melody.  Despite the grisly subject matter, this song screams of a band having an absolute blast recording it.  "A Little Piece of Heaven" is the band's most unapologetically experimental song, displaying their hunger for musical discovery and invention.

For me the band's absolute apex is this 11-minute marathon which closes out Nightmare.  This Dream Theater-esque waltz serves as a final goodbye to Avenged's fallen drummer The Rev, lamenting the fragility of life and the tenuousness of our connection to the ones we love.  Boasting a spectacular, mournful chorus, multiple time changes, a proggy middle section, and an undercurrent of raw emotional honesty, this song is as close to a perfect Avenged Sevenfold track as you're likely to hear.  I consider "Save Me" to be the band's masterpiece.

That'll do it for this edition of TTT.  Comment below with your picks, and thanks for reading!
Posted by Justin Enuffa Ballard at 9:33 AM