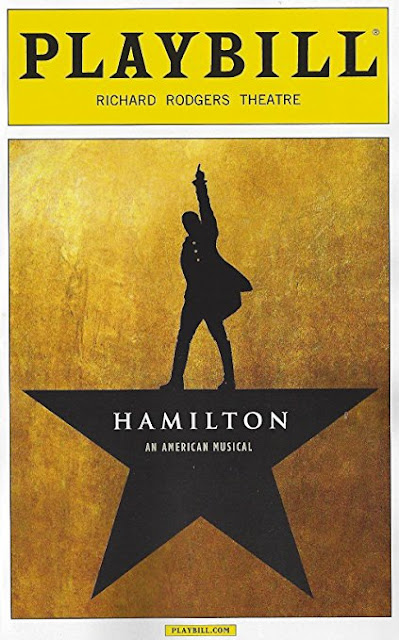 **Note: For a review of the Hamilton Cast Recording click HERE**

Well, nearly a year after becoming a full-blown Hamilton addict (Hamiltonitis?), the wife and I ventured to New York City to see the show itself, on the original Broadway stage.  And it is, in a word, magnificent.

The cast is absolutely stellar, by and large.  Michael Luwoye, the third actor to play the title role on the NYC stage, is a force of nature, matching Lin-Manuel Miranda's dramatic heft while from a technical standpoint actually improving on his vocal power.  While not quite boasting the same innate charisma as his predecessor - Miranda is a uniquely magnetic performer - where Luwoye really shines is in the emotionally wrenching second half.  During numbers like "It's Quiet Uptown" the actor breaks into legitimate tears while somehow still nailing every note (We were in the mezzanine and could clearly see the waterworks from there - I may have fought off some lip quivers, shut up....).  I haven't seen any clips of Javier Munoz, Lin's original replacement, but Luwoye earns every minute of this role and then some. 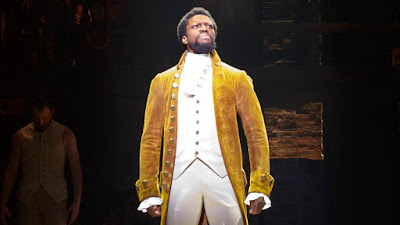 In the role of Aaron Burr, amazingly every bit Luwoye's equal, was the understudy(!) Ryan Vasquez.  At the start of the show I was fully ready to be disappointed, but Vasquez may just have stolen the show with a deeply nuanced performance that conveyed Burr's arc from self-aggrandizing uncoolness to seething resentment.  Initially Burr is the tagalong friend in the group that no one likes very much, and by the end of the show his professional jealousy and lust for violent satisfaction is fully palpable.  If Vasquez is merely the understudy I'm very interested in seeing one of Daniel Breaker's regularly scheduled performances in the role.  Vasquez takes a character that could come off as thankless in the hands of a lesser actor, and unearths a menacing sense of entitlement I hadn't picked up on from the soundtrack.  Call me kooky, but this kid's got a future. 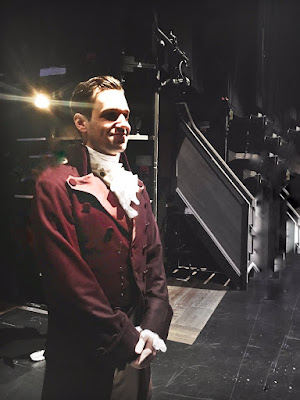 Another unexpectedly wonderful understudy turn was Jennie Harney as Eliza (replacing Lexi Lawson).  Like Eliza herself, Harney is dependable if diffident in the first act, only to flourish dazzlingly in the second.  By the time her show stealer "Burn" rolled around, Harney had the audience by the throat, delivering the perfect amalgam of heartbreak and anger.  That two of the three best performances came from understudies is pretty astounding. 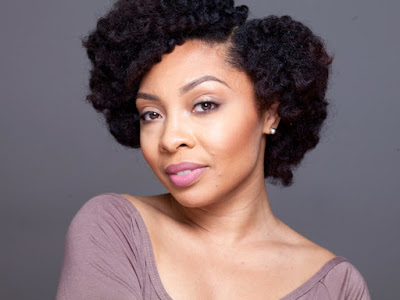 The cast included two longtime stage veterans in key roles, Euan Morton (who we saw last year in Hedwig & The Angry Inch), hilariously droll as the foppish King George, and James Monroe Iglehart (a Tony winner for Aladdin) as Marquis de LaFayette/Thomas Jefferson.  Morton was note-perfect, turning up George's snootiness to 11, while Iglehart, oozing charm, was very good in his dual role (moreso as Jefferson than LaFayette), though I'm not sure anyone will ever eclipse Daveed Diggs as those two characters.

For me the only performance that underwhelmed a bit was Bryan Terrell Clark as George Washington; Clark was fine here but lacked the gravitas and imposing stage presence of Christopher Jackson, who so staunchly embodied the heroic stature of the first President.  Perhaps Clark will grow into the role, so to speak.

The intricate staging and choreography were visually stunning, making full use of the space and innovative floor turntable configuration to create multi-layered depth and movement.  Moments that stuck with me included Hamilton's song "Hurricane," where chorus members circled around him carrying various object to simulate a slow-motion windstorm, or the Hamilton-Burr duel, where Hamilton delivers a soliliquy without music, while the scene spins around him and one chorus member provides the augmented path of the oncoming bullet.  This was some of the most memorable stage composition I've ever seen.

If you've read my review of the soundtrack, you already know how deeply entrenched in my brain the music has become.  Miranda's double-album is sheer perfection and seeing it brought to life was a long-awaited, unforgettable experience.  I may have opened Pandora's box, as I'll need to see it again sometime.  If you have the means, I can't recommend Hamilton strongly enough.  This show truly is a phenomenon.


Posted by Justin Enuffa Ballard at 9:48 AM