Welcome to the second installment of our Beatles-related Top Ten Things, here at Enuffa.com, where I count down the ten best tunes written by each of the Fab Four's three songwriters (Sorry Ringo...)!  If you missed the George Harrison edition, click HERE to check it out!  And click HERE for the John Lennon one. 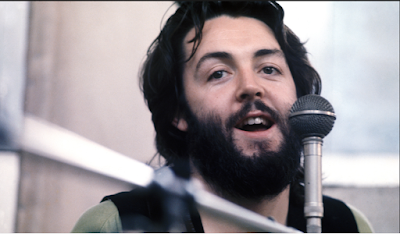 Today it's Paul McCartney's turn.  One half of probably the greatest songwriting duo in the history of the planet, Paul was in my estimation the most accomplished pound-for-pound musician in the Beatles.  With a voice that ranged from smooth-as-silk to soulful and ballsy to screeching and harsh, Paul probably brought the most diversity of sound to the band.  From 1965 when he introduced the unfathomably out-of-character "Yesterday" into their repertoire, Paul was always pushing the boundaries of production and orchestration.  It was his idea to link together the songs on Sgt. Pepper, arrange the Side 2 song fragments of Abbey Road into a cohesive suite, and make an improvised movie about a bus tour of the English countryside....okay so not all his ideas landed.  But Paul in many ways was the most directly responsible (not to discount the others by any means) for The Beatles' music being perceived as a bona fide artistic endeavor.

Aside from all that though, the man wrote some incredibly iconic songs.  This installment and the next about John were much harder to narrow down than the George edition, simply because of the volume of classic tunes they each churned out.  On to the Honorable Mentions!

The two-part song that tied The Beatles' most famous album together, "Sgt. Pepper's Lonely Hearts Club Band" and its reprise total under three-and-a-half minutes, but their pure rock n' roll energy is palpable.  The first part kicks off the album with rollicking swagger, punctuated by horns and audience murmurs to give it a live feel, while the reprise sends the pseudo-concept album home with a guitar-charged bang before the grand finale of "A Day in the Life."  I always found most of Paul's Sgt. Pepper output to be rather overshadowed by John's contributions, but I love this two-parter.

Kicking off the revered Rubber Soul album is this vigorous guitar rocker rife with sexual innuendo, about an aspiring movie star who hires a fella to be her chauffeur with benefits.  Paul and John's double-lead vocal harmonies bounce over bluesy lead guitars, underscored by Paul's tight, palm-muted bass sound (I believe this is the first time he used that technique and I always loved how it sounded).

You Won't See Me

Another Rubber Soul standout is one of three songs he wrote about his crumbling relationship with actress Jane Asher.  "You Won't See Me" took some cues from The Four Tops and other Motown groups, while the lyrics marked a departure from Paul's sweeter, more innocent early years.  Rubber Soul is generally cited as The Beatles' turn to a more mature sound, and this simple breakup song is one of several illustrations of that. 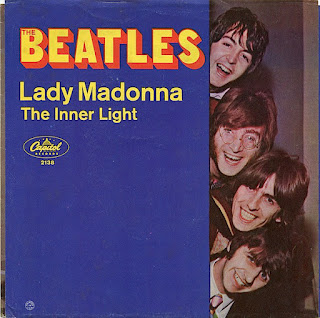 The first single released during The Beatles' return to stripped-down rock n' roll (after the psychedelic 1966-67 period), "Lady Madonna" gained inspiration from rhythm & blues piano icon Fats Domino.  Vocally Domino inspired Paul to such an extent that he altered his singing style to match Domino's soulful timbre, creating a whole new signature "McCartney voice" (my favorite version of Paul, incidentally).  At just over two minutes, "Lady Madonna" is nonetheless densely packed, its lyrics a rumination on the working single mother, with obvious Catholic undertones.  This is one of my favorite Paul pastiches. 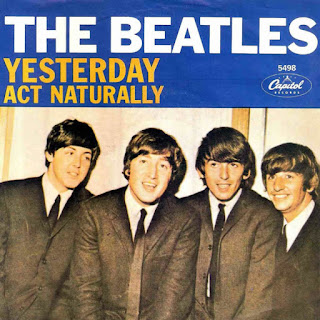 One of the most widely covered songs in music history, "Yesterday" wormed its way into Paul's brain while he was asleep, and upon waking he raced to a piano so he wouldn't forget it.  The melody came to him so easily he assumed he must've heard it somewhere, and asked everyone he knew if they recognized it.  Once established as an original idea, the song was given the working title "Scrambled Eggs" while Paul tweaked it, and the final lyrics didn't take shape until months later.  The despondent ballad was such a departure from The Beatles' established sound that it took strenuous convincing from producer George Martin to keep it as a solo performance with a string quartet behind it, and the rest of the band vetoed its release as a UK single.  But "Yesterday" instantly became a phenomenon, with a top-ten Matt Monro cover version released that same year, the first of literally thousands of versions.  The song may be simple and saccharine, but there's no denying its significance in broadening The Beatles' artistic palette. 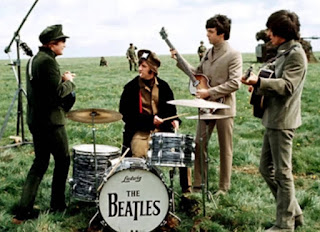 Probably my favorite song from Help!, "The Night Before" is lyrically unsophisticated - the lamenting a breakup - but musically it's one of Paul's more inventive pieces of songwriting.  The vocals have a call-and-answer format, while John's piano part helps drive the music.  Stylistically it alternates between mid-60s British Invasion verse/chorus backbeat and a Latin beat during the bridge, making the song stand out from the rest of the album.  Modest to be sure, but great. 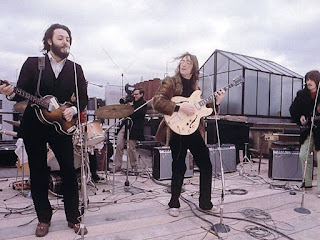 Ok, technically this one is a mashup of Paul's "I've Got a Feeling" and John's "Everybody Had a Hard Year," but the bulk of the song structure is Paul's so it goes on his list.  Track 8 from Let It Be went through numerous takes at Twickenham Studios before the group retreated to the more familiar and comfortable Apple studio, and ended up recording the final version during their infamous rooftop concert.  For me this soulful rock n' roll tune somehow conveys the exhaustion and disillusionment the band was going through near the end of their run, while still getting across an "everything will be ok" kinda vibe. 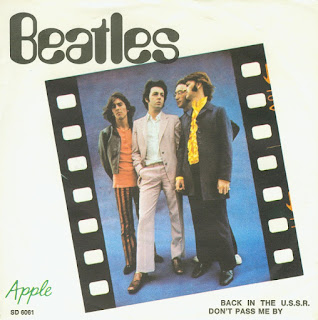 Paul's subversive send-up of both Chuck Berry's "Back in the USA" and the Beach Boys' "California Girls" is sung from the point of view of a Soviet spy returning to his beloved homeland after a Stateside mission.  The opening track on the White Album mixes hard guitar-based rock with the Beach Boys' light, airy sound, for a satirical spoof, with Paul's newly minted "crooner" vocal style from "Lady Madonna" giving the song a dynamic potency.  One of my favorite songs from my favorite Beatles album.


5. You Never Give Me Your Money 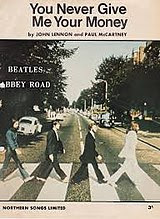 The kickoff to the spectacular Abbey Road medley, "You Never Give Me Your Money" is a suite unto itself, compiling several seemingly unrelated song fragments into a killer progressive pop-rock song.  Lyrically the song was inspired by The Beatles' financial troubles; they'd been struggling to keep a controlling interest in their publishing company while simultaneously dealing with management conflicts and the money-hemorrhaging Apple Corps.  Abbey Road, it was decided, would be their swan song, and this magnificent tune would anchor the band's grand finale of connected tunes.  Building from a subdued piano ballad to a mid-tempo rock groover, "YNGMYM" is the one part of the medley that stands on its own, even out of the context of the medley. 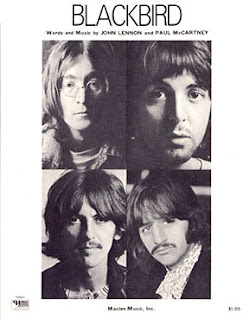 Another Paul solo performance that's been covered countless times, "Blackbird" features only his voice, his finger-picked guitar part (a nod to Bach's Bouree in E Minor), and his tapping foot keeping time.  Lyrically the inspiration came from hearing the call of a blackbird while in India, but more poignantly is a metaphor for growing racial tensions in the late 60s American south, its stillness a striking counterpoint to the violence erupting across the pond.  Another White Album standout, "Blackbird" is uncomplicated, elegant, and timeless. 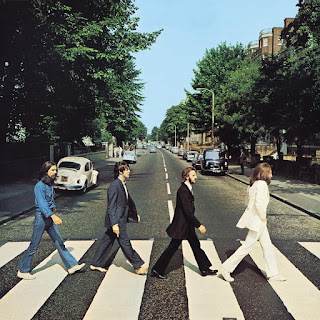 Another 50s rock throwback, "Oh! Darling" features arguably Paul's greatest vocal performance, one he honed for weeks, training his voice to sound worn out and ragged.  He'd written the song during the Let It Be sessions but put it aside until Abbey Road, and in the week leading up to the recording he performed it every day by himself to weather his voice until it sounded just right (John apparently loved the song but resented not being asked to sing it, as he felt it was more his style than Paul's).  The result is a heart-wrenching dirge, dripping with desperate pleading to a love lost. 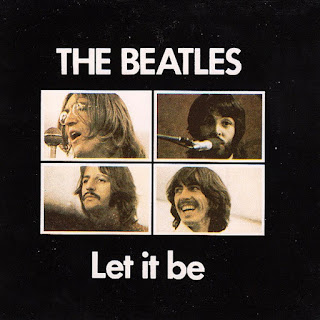 Perhaps the most emotionally engaging Beatles song is the title track of the final album they released, which was also the final single released before Paul officially announced that he was leaving the band.  For that reason alone this piano ballad is choke-up worthy, but compounding its emotive potency is the fact that Paul wrote it after having a dream about visiting with his mother (Mary, hence the recurring phrase "mother Mary comes to me"), who died of cancer when Paul was fourteen.  The song plays as both a bittersweet farewell to the legions of Beatles fans around the world (Why this didn't close the album is beyond me), and as a consoling reassurance that despite the most beloved band of all time ceasing to exist, life will go on and the universe will unfold as it should.  "When the night is cloudy, there is still a light that shines on me."  Good luck listening to this song without weeping openly.... 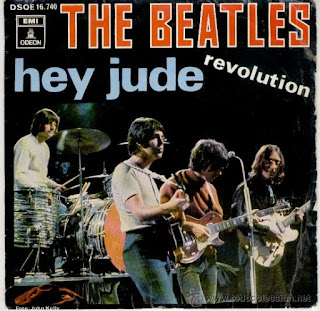 That a masterpiece like "Let It Be" isn't in the top spot for me illustrates in what high regard I hold this entry.  "Hey Jude" was the first single released under The Beatles' new Apple label, written initially as a gesture of comfort to five-year-old Julian Lennon, whose parents had just separated (John had just begun his affair with Yoko Ono).  Originally titled "Hey Jules," the song's lyrics at first glance seem to simply be words of encouragement to a child, about making the best of a bad situation.  But like many great song lyrics they leave room for interpretation, and given the timing of the song (The Beatles had just returned from India and were rapidly drifting apart after their mixed experiences with the Maharishi), it could also be inferred as Paul reaching out to his bandmates, John especially, to try and repair their strained relationships.  John himself always felt the song was subconsciously about Paul giving his blessing for his best friend and collaborator to pursue a relationship with Yoko ("You have found her, now go and get her"), and when taken in this context "Hey Jude" takes on even more poignancy; Paul is reluctantly but gracefully accepting that Yoko has replaced him as John's creative partner.  Still another possible meaning, presented by Paul himself, is that the song ended up being a way to assuage his own romantic anxieties; Paul had just broken off his engagement to Jane Asher after beginning to date his future wife Linda Eastman.  This simple, mostly three-chord song contains so much potential subtext, and defied commercial convention by surging to #1 on the charts despite its massive 7-minute running time (unheard of for a pop song in 1968), and for those reasons it takes the top spot on this list.  "Hey Jude" may be my favorite Beatles song, period.


And those are my thoughts about Paul's contributions to the band - stay tuned for the finale, about my favorite Beatle, John Lennon!