Welcome back to Enuffa.com, where we once again present I'd Like to Introduce You To.....from Michael Drinan - a series dealing with lesser-known cinematic gems that you should go out of your way to find.

Typically, films have plots that involve characters to help move it along.  However, some of my favorite films of all time are those with characters that ARE the plot.  My love for movies started as a kid and stemmed from the various characters I had seen in movies such as Back to the Future, Eddie and the Cruisers (way underrated movie), and the Indiana Jones trilogy (there is no fourth).  I didn’t just see these characters as they were, I saw the flaws in the characters and became fascinated at the realization that these fictional people could be me, my family or my friends.  The realism, plus the association of their qualities, enhanced the film for me and it became the basis for what I look for in a good film.  Very rarely does a character film come along that is hypnotic in its backstory as well as its development throughout the movie.  Let me introduce you to Short Term 12. 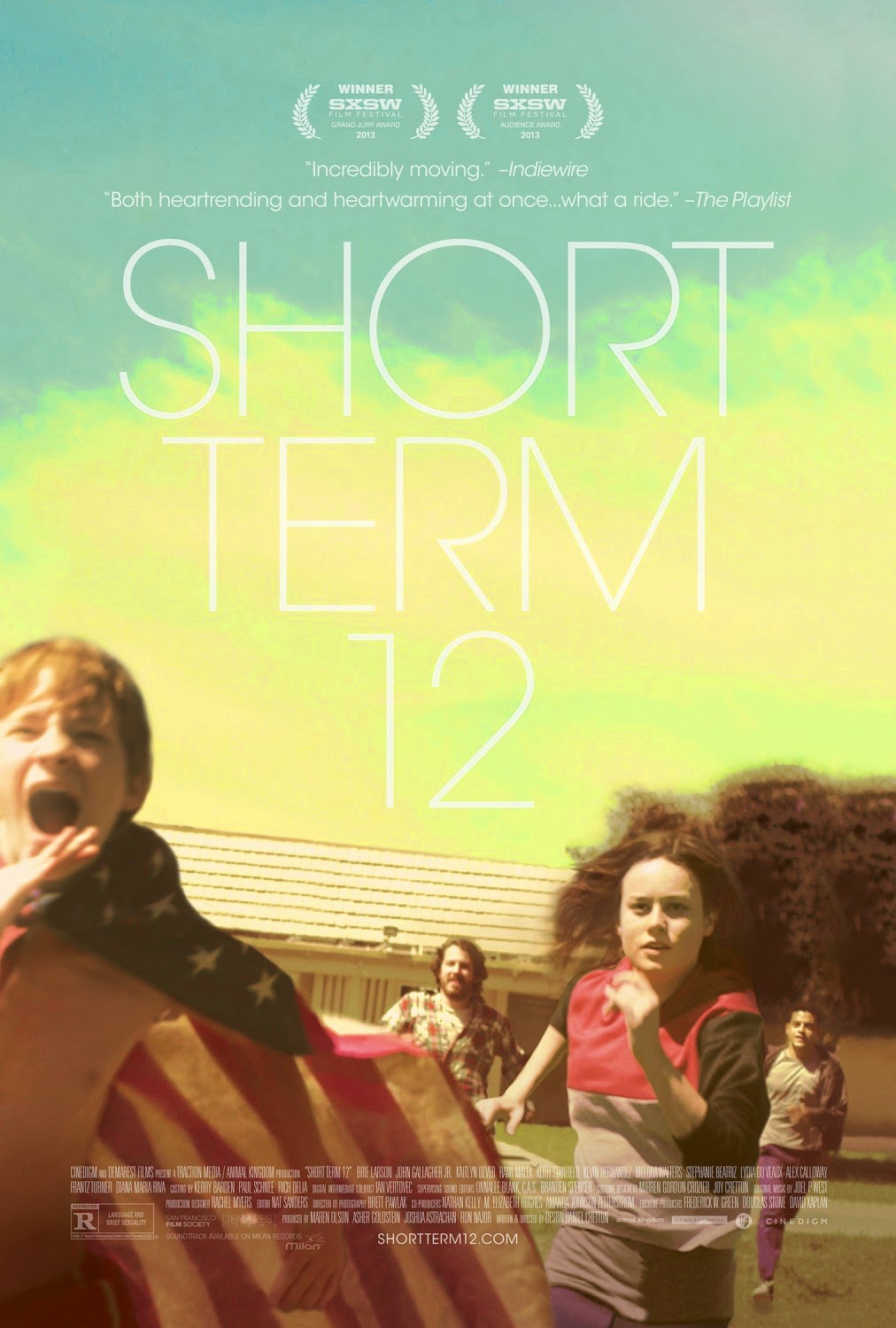 The film takes place mainly in a juvenile treatment facility and mainly focuses on Grace, the staff’s supervisor, played by Brie Larson (you might remember her as Envy Adams in Scott Pilgrim vs. The World or as the sister that is always texting in Don Jon).  Grace works alongside her boyfriend Mason as they, along with two other lesser staff members, deal with emotional and often violent outbursts from the children they oversee, the bureaucracy of the system that these children are a part of, and more importantly, the emotional and personal stress of their lives.

The first time I saw this film I was a goner.  I fell hard in love with this film.  The writing, the acting, the characters, it was all great.  Also, Brie Larson is unbelievable in this movie and should’ve (in my opinion) been nominated for an Oscar for this role instead of Meryl Streep for August: Osage County, but that’s a whole other blog post.  Her performance carries this film, giving it enough heart, strength and vulnerability to make you care for each character she interacts with, hoping and praying they end up alright.  This film has become her calling card, garnering her more roles in upcoming movies and causing her to be seen as a rising star in the industry.  Her performance is that good and it’s all well-deserved.  She allows herself to be enveloped in the character so much so that she is almost unrecognizable from previous roles in other movies.  You look at her on screen and she looks familiar but you can’t quite put your finger on where you’ve seen her before.

The movie is a big constant, gradual reveal of its characters’ backstories.  As soon as you’re introduced to them you begin to learn about why they are in the position they’re in, however it’s not the focus of the movie.  It explains where the characters have been and what they’ve gone through without getting in the way of where they’re going.  The director, Destin Cretton, makes this happen seamlessly.

Alright listen, I can keep going on and on about how great this movie is (Believe it...what you’re reading is my 4th version of this post.  The other drafts were just paragraphs after paragraphs showering this film with endless amounts of compliments that probably would’ve made people sick), but you really have to see it for yourself.  Short Term 12 is a great emotional indie drama with fantastic performances from the cast all around but most especially with Brie Larson.  Films such as this one that reminds you how to feel, are some of the most important ones to see.  I have recommended this film to all my friends and will continue to recommend it to everyone, even if it annoys the hell out of them.

Check out the trailer for Short Term 12