Before we move on to The Crockett Region bracket, let's see the results of the Bischoff Region:


Now for the next bracket: 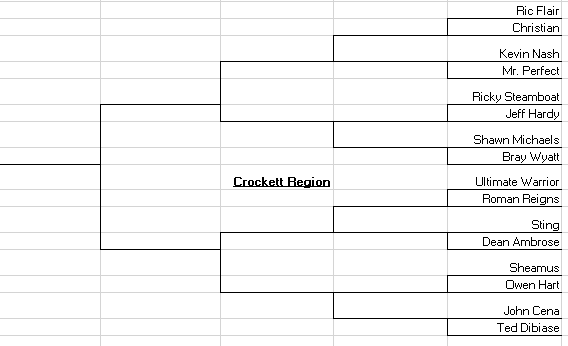 ﻿
Once again, vote for your picks in the Comments section below, or vote in the Facebook thread in which you found this column!  Check back in a few days for the next round!
Posted by Justin Enuffa Ballard at 9:27 AM