Welcome back to our own March Madness wrestling tournament, here at Enuffa.com!  We've reached the final bracket of the first round, so let's take a look....

First, the results from the Bischoff Region:


Now for the Heyman Region bracket. 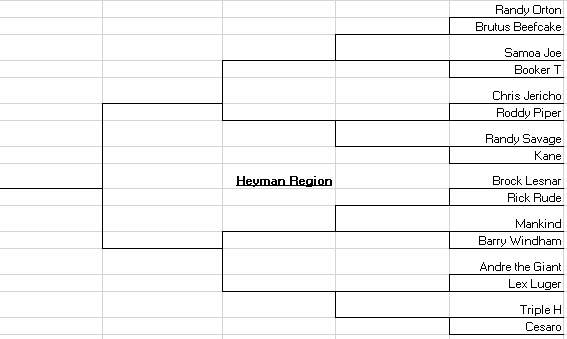 I think you know what you need to do - vote in the Comments section below (or on the Facebook post).  Check back for the results and the second round brackets on Wednesday!
Posted by Justin Enuffa Ballard at 4:34 PM