Welcome back gang!  It's time for the next bracket in the first round of the Enuffa.com Wrestling March Madness Tournament!

Thanks to all who voted in the first round (incidentally there were reports of issues with the Comments section, so I installed the Disqus comments app which should make it easier).  Alternatively you can vote on the Enuffa Facebook page, or on the page where you originally saw the link to the article.

Now for the Bischoff Region: 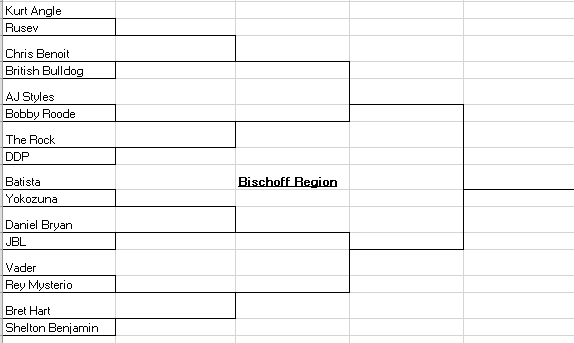 
You know what to do - vote in the Comments section below or on Facebook!  Check back on Wednesday for the next round!
Posted by Justin Enuffa Ballard at 10:51 AM