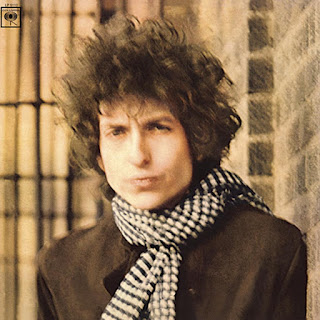 I was twenty years old when I first listened to the album. Dylan was a name I had heard before but never paid much attention to or gave him a listen. When you grow up in the 90s you don’t feel you need an artist like Dylan in your life because you already have so much to listen to as it is. So, when the 90s faded, along with the great music that came with it, I figured it was time to dive into the music of the 60s to see what the fuss was all about, and The Beatles and Dylan were the first artists to check out.

As a guide, I used VH1’s list of “100 Greatest Albums of Rock & Roll” to point me in the right direction. Before you roll your eyes I will tell you that it was and still is the best list on the subject I’ve seen. Sixteen years later and I still find myself agreeing with the albums listed, even though we can always quibble on placement. Of course, The Beatles and Dylan were littered all over it and so it seemed to be the most logical place to start. The Beatles were easy to listen to since my dad had many of their albums. Dylan, I had to go to the music store and buy his albums to hear them.

So, I bought Blonde On Blonde along with Blood On The Tracks, two works that many deem to be his best. I went to my car, popped in Blonde On Blonde and went driving around the back roads of Hampton Roads in Virginia and listened, preparing to be blown away.

I didn’t prepare myself enough. How could anyone?

The first track, “Rainy Day Women #12 and 35” I dismissed as being a playful little jam session where it seemed as if no one knew how to play their instruments. I still sung it out loud because I had heard it before off the Forrest Gump soundtrack. I began settling into the album on the second track “Pledging My Time”, a muddy, bluesy stomper with a soaring harmonica intro. My foot kept tapping, my head bobbing back and forth and my fingers drumming along. I was into it.

The clincher came when “Visions Of Johanna” came on and opened with one of the greatest opening lyrics I’ve ever heard, “Ain’t it just like the night to play tricks when you’re trying to be so quiet.” Mother. Fucker. What a line! I was instantly sold, not just on the album but with Dylan himself. I heard he was a great lyricist, the “poet of rock ‘n’ roll”, but you’re never prepared for when you realize it or when you believe it. That lyric was the one that sold me on that notion. He was the greatest lyricist in rock history.


At the time, I had just fallen out of a relationship (or two) and was still trying to figure things out, about what went wrong and why. There was quite a bit of drama happening between me and a woman who didn’t have the best of intentions and I was working my way through all of it. So, when the 4th track "One of Us Must Know (Sooner or Later)" came on I instantly felt connected to the song. I related to the notion that there were things I messed up when it came to past relationships and while singing along with the song, felt as if I too was confessing some sins or transgressions. There was a relief to the song I felt with the chorus and still feel to this day.

After I got through the jovial “I Want You” I fixated on the steady rhythm of “Stuck Inside Mobile With The Memphis Blues Again” and then fell into the swampy blues sound of “Leopard-Skin Pill-Box Hat” which for a while was a favorite of mine.

But it was the groaning tired kiss off of “Most Likely You Go Your Way (And I’ll Go Mine)” that had me screaming the lyrics at the top of my lungs, again falling back on past relationships and just being tired of the games that are played while dating. This song was one of many that helped me figure out my own feelings on certain things pertaining to life, love and friendships. It felt Dylan had no more time for bullshit drama in his life, and I was tired of all that shit too. This song became an anthem of sorts.

“Temporary Like Achilles” is still one of my favorite songs to sing out loud. “You know I want your lovin’/Honey why are you so hard?” is such a great, laid back and subtle chorus. Followed up with the endless journey with “Absolutely Sweet Marie”, the album continued to carry me off to a place I hadn’t experienced before as a music fan. I was losing myself in the album, among all these crazy images and characters and scenarios the lyrics planted in my head. Before I knew it, I was involved in the love triangle and quarrel that was described in “4th Time Around”. How’d I end up here and when? Who are these people? More importantly, who am I with these people? The questions were racking up in my head from these exaggerated situations that Dylan created for me, the listener, yet they were real and really happening in my life. In the many subsequent listens (about 4 billion or so) of this album these questions remained and I fell back on them when I found myself in real life situations that resembled those described in these songs. Dylan was giving me the Cliff’s Notes on my life. I knew that if I couldn't relate to those things at the time, I would soon enough so I better take notes.

I was brought out of the emotional doldrums by “Obviously 5 Believers” with Robbie Robertson’s seething guitar and Charlie McCoy’s bluesy harmonica playing. Once again, the lyrics fell to the wayside and I was enthralled with the music. My foot was tapping, my head bobbing back and forth and I was drumming on the steering wheel.

The album finished up with the epic list of characteristics of a woman named “Sad-Eyed Lady of the Lowlands” that lasted for almost twelve minutes. It felt as if Dylan knew me and was singing about a particular woman in my life. A part of me didn’t doubt it. We all seem to fall for the same woman and get dealt a wrong hand along the way. The song tied up the album perfectly. This heartbreaking journey Dylan brought me on was over.

As the music went silent and my mini road trip was ending at my house, I felt sad and bothered, even restless. The album stirred up many thoughts and emotions and soon I was evaluating my life and its direction. It was so weird. Who takes their cues from a rock album?

As a music fan, the album raised the bar of expectations I had when listening to music, especially from singer songwriters and artists alike. There was a risk to Blonde On Blonde and it made me believe there should always be a risk involved with music. Those who weren’t willing to take that risk weren’t completely worthy of my time.

The album also kick started my love affair with Dylan’s music. Shortly after listening to Blonde On Blonde I turned to his 1975 masterpiece Blood On The Tracks before falling back into his 60s output. I got lost in Dylan. I bought the documentary Don’t Look Back and bought books on his lyrics. I parsed his lyrics trying to find some definition or meaning to them, only to give up and be satisfied with my own interpretations. His music took up three years of my life. I was the better for it.

Blonde On Blonde remains as one of my all time favorite Dylan albums, next to Blood On The Tracks and Highway 61 Revisited. When I hear the songs now I’m instantly brought back to that time in my life and am surprised to hear new things in the songs I didn’t hear before. More nooks and crannies for me to discover. There’s a reason this album is constantly named THE greatest of all time. If you haven’t already, you should discover that reason for yourself.


Posted by Justin Enuffa Ballard at 9:08 AM