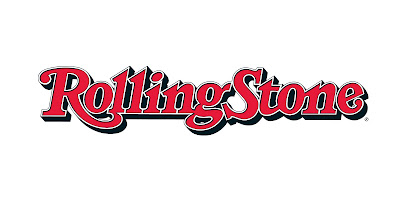 We carry on with our bashing of Rolling Stone’s list of the 500 Greatest Albums of All Time by tackling entries 251-300. You can catch up with Part 5 HERE.


This section kicks off with Otis Redding’s last studio album before his death. Great album. Nice to see it here.

Whitney Houston’s eponymous debut is the first of her albums to appear on this list, which is surprising because I thought I’d see the soundtrack to The Bodyguard before anything, but whatever.

Janet Jackson’s The Velvet Rope is a surprise here for me. It’s a highly influential album and a departure on her sound and style but I still think her album janet. is a better album. I wish it were ranked here instead of The Velvet Rope, or higher.


This where my issues with these rankings come to light now that we are in the heart of this list. As deep as we are, it’s still mostly artists from the 60s and 70s and that’s absurd to me. Is Rolling Stone really suggesting that there aren’t any albums from the 90s or 2000s that are better than fucking There Goes Rhymin’ Simon?  I’m not suggesting that album is crap, in fact I love that album, but Rolling Stone seems to sprinkle in the 90s and 2000s output here and there while stuffing the majority of it further and further down these lists. I mean, Some Girls by The Stones? Really?

Tracy Chapman’s self-titled debut is so good. Really great social and political commentary mixed with her simplistic delivery and playing makes for an enjoyable, impactful listen.

So, Grateful Dead’s American Beauty is at #258 followed by Workingman’s Dead at #262. I guess this is where we cram the list with Grateful Dead’s catalog. I have nothing personal against The Dead, I just don’t find their music all that interesting.


Eminem’s Slim Shady was a really good album. It really turned everyone’s head around when they listened to it. It’s so demented and twisted that it forced you to replay each track just to make sure you heard what you thought he said.

I get why Janet’s Rhythm Nation is on this list, but I still think her album janet. should be on this list before it.

The Anthology of American Folk Music is an important album but I still don’t understand why it needs to be included in a “Greatest Albums” list.

Madonna’s Immaculate Collection is a must have for any Madge fan but again, greatest hits albums shouldn’t be on this list.


Barry White’s Can’t Get Enough. Whatever.

The Cars’ self titled is a great album and should be listed higher for helping to create the New Wave genre and thrusting it into the mainstream. That album never gets old.

Music of My Mind should also be ranked higher than #284. I’d like to have seen it in the 150-170 range. It’s much better than a lot of these albums ahead of it.

X’s Los Angeles is a fantastic punk record and I would’ve loved to see it ranked higher however, I should just be grateful it’s listed at all. For that, I should thank Ray Manzarek.

And here’s another Grateful Dead album jammed in there!

The Talking Heads first appeared on this list at #126 with Remain In Light. Even though I hate that 77 is ranked so low, I don’t have a problem with one being as highly ranked over the other. I do think 77 should be higher though.

P.S.“You Ain’t Goin’ Nowhere” is still one of my all time favorite Dylan songs.

Oh man! Kick Out The Jams at #294 is absolutely criminal. Why the hell do people short MC5 with credit? I’ve never seen a band deserve so much more attention than what they’re getting. MC5 scared the shit out of people with their unabashedness and fever-pitched music. They had attitude and we’re going to hit you right in the face with it. Should’ve been higher.

The Smiths. **eye roll**  Give me a break with The Smiths people! Ever since they were mentioned in the movie 500 Days of Summer it seems like everyone jumped on The Smiths and it makes me want to beat my head in. Just because you feel sad and in you’re in your twenties doesn’t make them a great band. Morrissey is great but get over The Smiths.

Dude, Dolly Parton could sing the phonebook and I’d listen to it. That woman is incredible. Coat Of Many Colors is a stunner of an album.


We’ve made it this far so the only thing left to do is to keep on going! Stay tuned for Part 7!

Posted by Justin Enuffa Ballard at 10:56 AM