Welcome to, Jeezus, ANOTHER round of Enuffa.com PPV Predictions, with your host, me, and my cohort Dan Moore, as we try to predict what will happen on WWE's latest illogically booked offering, Survivor Series! 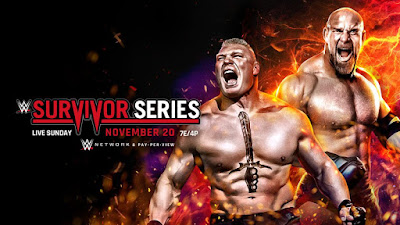 Actually, truth be told, I'm pretty excited about this PPV.  Why you ask?  Because it reminds me of this one: 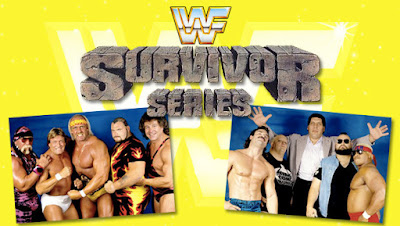 That's right, after DECADES of waiting, and I hate waiting, WWE is finally getting back to their roots with this show, presenting three big elimination matches.  One for the men, one for the women, and holy shit on a serving spoon, ONE FOR THE TAG TEAMS!  It's been 28 years since we got the 5 Teams vs. 5 Teams match, and at long last we're being treated to another one!  I don't even care that today's tag division can't hold a tealight to that of yesteryear, or that all three of these elimination matches are part of the contrived, tired RAW vs. Smackdown rivalry that literally zero fans care about.  I'm just excited to be seeing a real Survivor Series card again.  And it'll be four hours this year (Fuck, that's gettin' to be a lot), so none of them should get shortchanged.  Bring it on.

As for the rest of the show, we have two promising singles matches and one that's gonna suck, which is sadly the main event of the evening.  But we'll get to that. 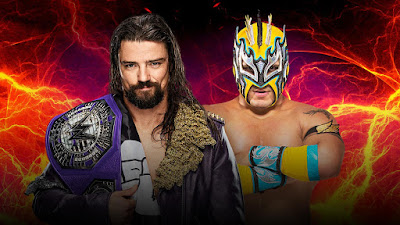 Well someone came to their senses and realized Kalisto is a cruiserweight, and now he's all over Smackdown.  Unlike TJ Perkins (who's a solid hand but devoid of a character), Kalisto actually connects with the audience, so there's a chance they'll be invested in this match.  Also if Kalisto wins the belt the entire division gets moved to Smackdown (Makes sense since the new 205 Live show will be airing directly after the blue brand on Tuesdays).  I know Kendrick just won the belt, but there's no reason whatsoever to add this stipulation unless you're actually gonna go through with it.  The RAW creative team has no idea what to do with these guys and the division's been dying a slow death since the CW Classic ended.  Just move the lot of 'em over to Smackdown and make 205 Live a Smackdown property.

Justin's pick: Kalisto
Dan's pick: You almost need Kalisto to win here so it moves to the blue brand. 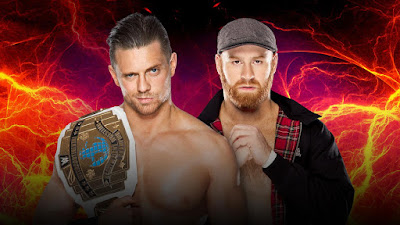 I have mixed feelings about this last-minute change.  Ziggler vs. Zayn would've probably stolen the show and I'm not sure why they took the belt off Dolph already, aside from this match now being heel vs. babyface.  Regardless, Miz is good enough to have a helluva match with Zayn, and Zayn is good enough that he'd be hard-pressed NOT to have a good match.  Miz really never should've lost the belt, so I can't complain that he's got it again.  So where does that leave Ziggler?  Do they add him to this and make it a 3-way?  I'd be fine with that.  Do they pit Ziggler vs. Rusev since neither of them is booked?  Do they add him to the elimination match so Shane doesn't have to be in it?  For fuck's sake, Shane!  More on that later.  Anywho, if Sami wins, the I-C belt goes to RAW.  I can't see that happening.  Miz keeps it.

Justin's pick: Miz retains
Dan's pick: Wait, what? Had no clue Miz even won the belt back. I LOVE IT. Miz retains. 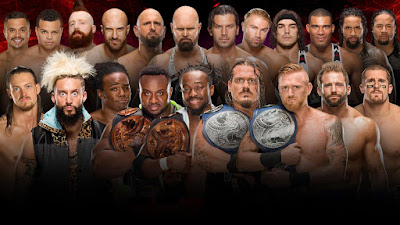 This is the type of match I've been waiting to see again for nearly three decades.  Oh man.  Oh mama.  I know you wanna get excited but we're not there yet because I'M excited!  It's gonna be a solid half hour (fuckin' better be anyway) of non-stop action.  I don't care who wins this thing, I just wanna see some crazy tag team brawling.  The RAW tag division is obviously stronger, so the smart money is probably on them, but it could go either way.  Eh, I'll go with big blue. 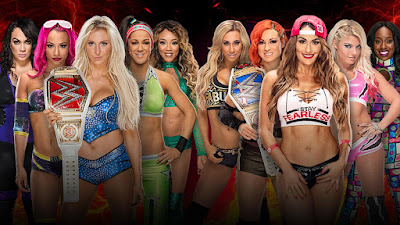 First off, how the FUCK is Natalya relegated to being the "coach?"  She's only one of the best female wrestlers in the entire company, so yeah, let's stick her on the outside.  Dicks.  Anyway there's a ton of talent in this one so I'm expecting a runaway hit.  RAW's division is undoubtedly the better of the two so I'll go with them to win.

Justin's pick: Team RAW
Dan's pick: Not only is Natty a great wrestler, but she does it for me in my peeing parts. I'll take Smackdown here. 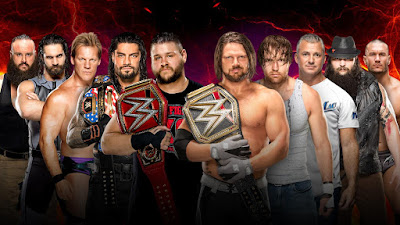 Why in the fuck is Shane in this match?  They actually did a bogus injury angle to get Baron Corbin out of the match (I'm not sure why he was selected for this in the first place, but whatever), and Shane substituted himself in Baron's place, despite there being a handful of other.....um.....what's the word I'm looking for....oh yeah, WRESTLERS available.  Because if I've assembled a team of wrestlers to fight another team of wrestlers, and one of said wrestlers gets injured, I'll throw in a middle-aged businessman to take his place.  Solid plan.  Fuck off with this.  Regardless, this'll be a damn fine elimination match.  Four guys on each team absolutely deserve to be there, and hopefully the other two get eliminated early.  I gotta go with Team AJ to win this.  Not sure what the winning brand gets when this is all over, but may I suggest a couple draft picks, particularly if Smackdown wins?

Justin's pick: Team Smackdown
Dan's pick: I mean, Raw has to win, right? SD has a goddamn office boy on their team.

Sigh.....we're actually doin' this, huh?  A rematch of probably the most disappointing match of all time?  Remember how excited we were in 2004?  Two monstrous bulls about to beat the shit out of each other?  And then we found out both of them were leaving the next day?  And neither of them gave a shit because they were leaving the next day?  And it was thirteen minutes of the shittiest wrestling anyone's ever seen?  Right, I know what  you're saying - "But Justin, both guys are actually gonna try this time."  Yeah, except Goldberg hasn't wrestled a single match since 2004.  It's been 12-1/2 years, and he's almost 50.  What the actual fuck makes you think he's gonna be any good now?  Imagine if WWE actually built up one of the full-timers for this show.  Sheamus, Cesaro, AJ Styles, Rusev, Owens, maybe call up Samoa Joe.   Even in taking a loss, how much would that help the career of any of those guys if they were booked to actually hold their own against Brock?  Remember that time CM Punk fought Lesnar?  It was one of the best matches of the year, and easily Brock's best match since returning.  Why can't they do that again?  Time to retire the Suplex City gimmick, it's been done to death and it isn't special anymore.  Someone who DIDN'T peak in 1998 needs to be booked as a threat to Lesnar.

I got a little off-track here.  Right, this match is gonna suck.

Well that's the Survivor Series lineup.  Aside from the main event I have very high hopes for this show.  It's been forever since Survivor Series was actually a great PPV, so there's a spectacular opportunity for this crew to put on a memorable show that restores this grand tradition to its former glory.  There's no reason this can't be the best main roster PPV of 2016 if they do it right.  Don't fuck it up, people.

Thanks for reading.  Comment below!
Posted by Justin Enuffa Ballard at 11:48 AM