Welcome to another edition of Enuffa.com Predictions, as my colleague Landon Wayne and I pick apart this Saturday's NXT Takeover special from San Antonio!

The landscape of NXT has gone through quite a number of changes since Toronto, with several new faces added to the mix.  The Women's division in particular is in a rebuilding phase, as Asuka has destroyed everyone in her path since arriving on the scene a year and a half ago.  The Tag Title picture for the first time in about a year isn't focused on The Revival.  The NXT Championship has bounced back and forth between Samoa Joe and Shinsuke Nakamura (who is right now the sole face of the promotion).  It's an interesting and somewhat unpredictable time on the yellow brand.  So let's take a look at the matchups.... 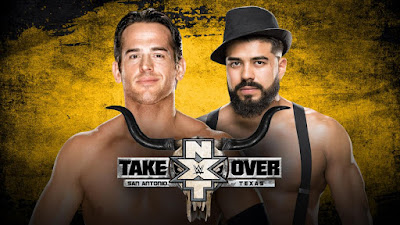 Once again poor Almas is being used to put over an NXT newcomer.  They need to figure out something to do with this guy.  He's got the in-ring talent in spades, but his character isn't connecting.  As for Roddy Strong, it should be fun to see how he fares in NXT.  He's an obviously very accomplished indie star with a track record of fantastic bouts and I'm excited to see him interact with Austin Aries when Aries returns.  This match will be a fun opener and a great showcase for Strong.

Justin's pick: Roderick Strong
Landon's pick: This is the one match on the card that I think has the potential to be better than its placement. I have full confidence that these two will be able to make a great match out of what they’re given. I think Almas has a lot to offer the company that he isn’t, though that’s no fault of his. Strong’s place in the company is still to be determined in my mind, and the result of this match will tell all. My prediction is Almas, regardless. 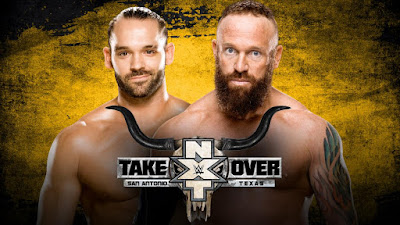 Dillinger is another solid hand who seems destined to make incoming guys look good.  I've never been much of an Eric Young fan but the Sanity gimmick is at least intriguing.  This'll be another competitive showcase match with an obvious outcome. 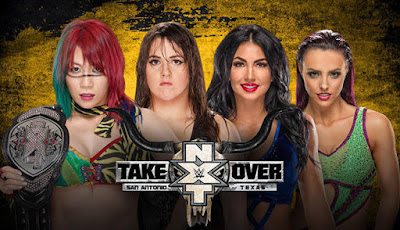 This'll be a wild one.  Asuka has been unstoppable since her debut and the spot to rival her is wide open.  I like the subtle heel tendencies that are coming out as she's gained confidence and I'm hoping this all leads to an Asuka-Ember Moon feud.  To me that's the logical way to go.  I don't see any of these challengers dethroning her at this point.  Let's see a slow burn.  But this match will be a lot of fun.

Justin's pick: Asuka
Landon's pick: This is the perfect setup for Asuka to lose her title. However, Cross is not ready for a title run, and the belt should be NOWHERE near Kay or Rose. Asuka to retain, facing Moon at NXT Orlando.

NXT Tag Team Championship: DIY vs. The Authors of Pain 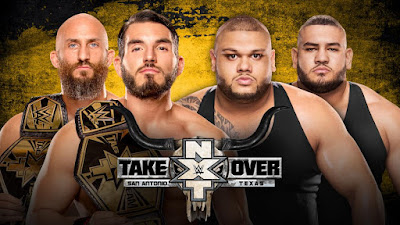 I'm not super excited about Paul Ellering's tandem.  Thus far they haven't shown me anything to stand out from other generic big guys.  But I can't help thinking they win the straps here so the super-over DIY can chase them and eventually win them back.  Gargano and Ciampa will certainly make the Authors look like a million bucks.

Justin's pick: The Authors of Pain
Landon's pick: I’m fucking sick of WWE trying to recreate the Road Warriors. This is the least discrete attempt yet, and if it were up to me the Authors of Pain would be squashed here and sent back…to…I guess dark matches is all they have to go to. DIY Retains. 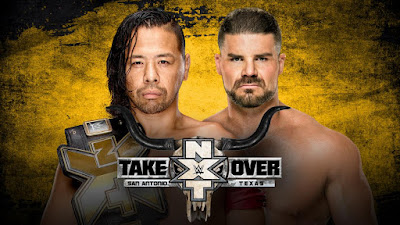 Well this should be a real test for Nakamura.  Thus far all his big NXT matches have been against wrestlers more than capable of carrying their end of a ****+ star match.  Roode on the other hand, while he exudes star quality and has one of the great entrance themes, has still not impressed me between the ropes.  So it'll be interesting to see how Nak's unorthodox style meshes with Roode's "WWE style" of wrestling.  I can't imagine Roode winning the belt already unless Nak's getting called up.  But I don't think that's happening just yet.  Last I knew the plan was for Nak to be the NXT centerpiece for a while longer.

Justin's pick: Nakamura retains
Landon's pick: I’ve been on Bobby’s side since 2007. The same way I’ll always back AJ Styles or Joe, I’ll back the former Mr. Wall Street. BUT, this is not the time. I think Roode’s track record with title runs as a heel is better than most, and he’ll be the greatest heel NXT champion since Bo Dallas. For now, though, Nakamura to retain.

I'd by lying if I said this was the strongest lineup NXT has presented.  With several unproven commodities now being built up, the roster feels considerably thinner than it did a year ago.  But I have no doubt NXT will present a fine little special and give the main roster some motivation to excel on Sunday.  Thanks for reading!  Comment below with your thoughts.....
Posted by Justin Enuffa Ballard at 11:23 AM