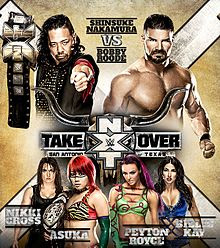 The Road to Wrestlemania Weekend began here, in San Antonio on a Saturday night. In what seems like a quickly settling tradition, the Takeover events seem to all align before Big Four PPVs, which is brilliant both as a showcase for the NXT stars to people getting ready for a weekend of wrestling anyway, and to make the Sunday event feel bigger because of it. Takeover: San Antonio, like the Rumble to come after it, sets the board for the weekend upcoming in Orlando, as we may get a better feeling for who will challenge for what titles. But before we can go to Wrestlemania weekend, we have to get through Texas.


Eric Young defeated Tye Dillinger in an opening match that was better than I think many were giving the two a chance to give. It told a very good story of Tye being the superior athlete to Eric, but for the numbers game of Wolfe and Dane (Wait…). I really don’t know what the plan is with Tye, despite continuing to look good. He is destined to be a mediocre mid-card man in WWE if he ever leaves NXT. Eric Young and Sanity looked really strong as a unit coming out of this match. Young was able, with the finish the way it was, to show that his finisher could be hit from a variety of situations, something I think every finish needs. Sanity should be groomed for a tag title shot, IF DIY were the tag champs. But they’re not. Oh, we’ll get to that. Roderick Strong defeated Andrade “Cien” Almas in a match that felt a lot like a match midway through the G1. There was a general sense of stake, but no specific motivations for either man. There was a clear sense that the man who won would get more opportunities or better ones than the other. Both Roddy and Andrade looked very strong in their performance. The biggest news is that they’ve decided to call Roddy’s running dropkick the Sick Kick.

The Authors of Pain defeated DIY for the NXT Tag Team Titles in a match that was as good as it really could have been. Like I mentioned in the preview, I’m not high at all on the Authors of Pain idea. I liked them better when they were called The Ascension, and The Dudleys…and Demolition, and finally the Road Warriors. I don’t know where we go from here, because we really don’t have any face teams to go up against the Walls of Meat. And I don’t know where DIY goes from here. Really an odd choice, but they must have ideas behind it. 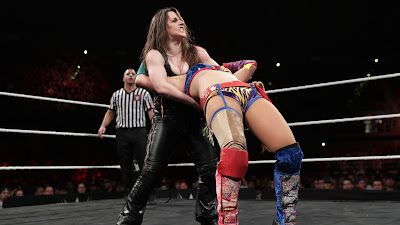 Asuka defeated Billy Kay, Payton Royce, and Nikki Cross to retain her NXT women’s title in the weakest title defense by any woman yet. The Fatal Four-Way setup was very shaky, with the Aussie pair audibly clunky, and my interest in Asuka and Cross confrontations being watered down. I am, however, still very interested in a singles match between Nikki and the Champion, but we may only get that on the weekly show and not the Orlando Takeover. It’s a shame, but the match was fun to watch regardless. 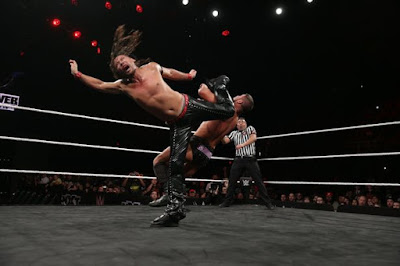 Bobby Roode defeated Shinsuke Nakamura for the NXT Championship in a result that was strange, but a match that was fantastic. Hindsight would tell you that it was not as good as Cena/Styles or Owens/Reigns, but for me it was still a 4-star match. The last 5 minutes of the match, the lead up to Bobby’s win and the fighting spirit that Shinsuke showed made both men look good, both in victory and in loss. Possible rematch in Orlando, however I would hope they don’t do that, both because I would hope Shinsuke would be on Smackdown and killing Dean Ambrose at that point.  Plus I would like a long Title reign for Roode, who is a very good defending heel, his TNA Heavyweight championship run being the only solid example. A match that I would not miss on a generally missable PPV.