Welcome to your official Enuffa.com predictions for the 30th Annual Royal Rumble!  Or as Vince McMahon would like you to call it, "The 30th Anniversary of the Royal Rumble."

We're about to begin a pretty unpredictable Road to WrestleMania, as only a few matches on that show are set in stone right now (Rollins vs. Triple H, Goldberg vs. Lesnar, and apparently Big Show vs. Shaq????).  Thus the Rumble and the Title pictures on both shows are very hard to call.  Generally speaking that's a good thing, though it does open the door for WWE to make some horrendous creative decisions as they scramble to arrange the pieces on the chess board (see Undertaker vs. Shane McMahon, 2016).  But overall I'm pretty jazzed about this show for those reasons, also because WWE is returning to the Alamodome after 20 years.  The 1997 Rumble, though it hasn't aged all that well, was a thoroughly entertaining PPV that felt like a big deal in no small part because of that expansive venue.  They're also extending this show to a four-hour format as they've done with SummerSlam and Survivor Series, so every match should get enough time.

Anyway let's get to the predictions. 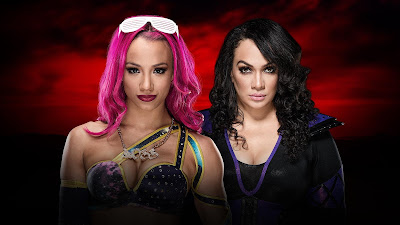 I'm actually quite interested in this match and feud so it kinda sucks they're stuck on the Pre-Show.  After finally losing her epic feud with Charlotte, Sasha has run into a brick wall by the name of Nia Jax.  Nia showed great potential in NXT that's blossoming on the main roster, as she's been presented as an unstoppable force.  This match will likely be a typical David vs. Goliath; Jax's dominance vs. Banks's resilience.  The female version of Strowman vs. Zayn, if you will.  If the rumors are true and the WrestleMania plan is a four-way for the Women's belt, this match and feud will need to be booked to make both women look strong.  But I see Nia winning here. 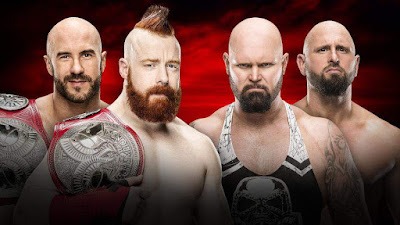 This'll be a solid tag team brawl.  Sheamus & Cesaro just won the belts a month ago so I don't see them losing already, especially not on the Pre-Show.  Not much else to say about this match.  It'll be fine.

Justin's pick: Sheamus & Cesaro retain
Dan's pick: I hate them putting a Championship match on the pre-show.  Kills whatever prestige these fake championships should have.  S&C should retain. 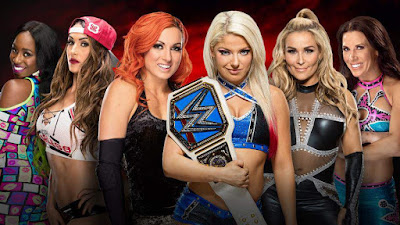 Wow, the Smackdown women's roster is actually a full boat.  We have three separate feuds going on right now and this match is a way to advance them all.  Feels a bit like a Saturday Night's Main Event kinda thing, but whatever, it'll be fun.  Mickie James's addition to the roster can only be a good thing - she's still got it by the way (See her match against Asuka for Exhibit A).  Also Nattie's back to being a heel and that makes me happy.  This match will need to establish Nikki as Alexa's next challenger.  So.... 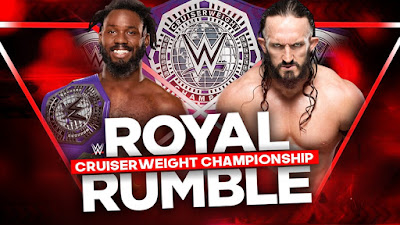 What a difference a heel turn makes.  Neville's career has been rejuvenated like crazy now that he's a Cruiserweight bully.  He's also toned down his flashy style a smidge so as not to draw cheers.  Give that man the belt and let him build this thing into something good. 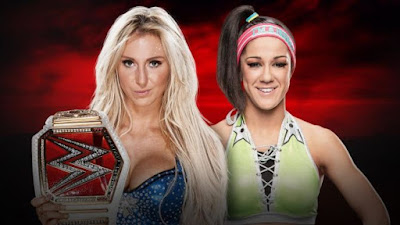 This will be great I think.  Charlotte will not only be defending her Title but also her 15-match PPV winning streak.  I could watch any combination of Charlotte, Sasha and/or Bayley all day long, so if this gets time look for a potential show stealer.  I think Charlotte holds on till 'Mania. 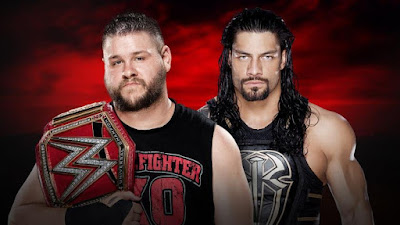 These two have yet to really impress me together.  Owens and Jericho have been the most entertaining thing on RAW for a few months now, while Reigns is actually sliding into the Fan Indifference Zone.  That's actually worse than when he was getting booed all the time.  I will never understand why the company didn't turn him full heel last summer when he was feuding with Rollins.  His character and in-ring style work so much better when he's just a dick who doesn't care.  Nope.  Gotta ram the Reigns babyface persona up everyone's ass.  Well, congrats.  Fans don't even have the energy to boo him anymore.  But it's WrestleMania season and that means Roman has to be featured in one of the top spots.  So look for his groan-inducing return to the top of the RAW roster.

Justin's pick: Reigns wins the belt while Owens and Jericho hurtle to their inevitable WrestleMania clash
Dan's pick: Goddammit, I assume Reigns wins when jericho drops a foreign object from his SHARK CAGE above the ring (This shark cage thing hanging above the ring actually cracks me up.  Such a ludicrous, funny idea). 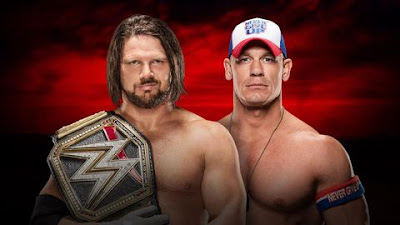 Oh man is this gonna be good.  These two tore the house down at Summerslam last year, and between wanting to top both that and the immaculate Kazuchika Okada vs. Kenny Omega match a few weeks ago (Seriously if you haven't watched that match you need to stop reading this right now and go look at it - I'll wait...), the pressure will be on these guys to give us something special.  And deliver they will.  If this isn't the WWE main roster Match of the Year when all is said and done I'll be surprised.

Justin's pick: Evidently the company is considering AJ vs. Shane at WrestleMania, which is an insult to AJ if you ask me.  And an insult to numerous actual wrestlers who deserve the chance to fight AJ at the biggest show of the year.  Fuckin' hell.  But I think AJ holds on to the strap until Elimination Chamber.  AJ retains
Dan's pick: Cena wins 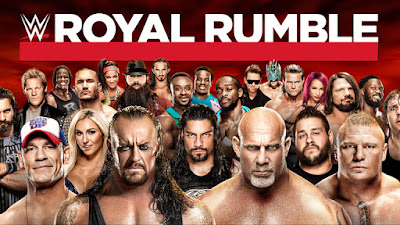 I'm actually excited for this year's Rumble match.  I'm not too excited about the likely winners.  The focus this year is once again on part-timers and this Rumble is headlined by a whopping three of them, whose combined age is 140.  There are actually a host of potential winners, which Dan and I examined in greater depth HERE.  But it'll likely be either Goldberg (yawn), Brock (yawn again), Undertaker (triple yawn with a backflip into a swan dive), or Braun Strowman (Ugh).  None of those options excite me and I'm holding out hope that Finn Balor will return to reclaim what he never lost.  The potential surprises are actually very exciting this year, from Balor to Samoa Joe to Kurt Angle.  This'll be a fun match to sit through, just as the Rumble should be.  Even if the result is probably gonna suck.

Justin's pick: I guess I'll go with Strowman to win and challenge Reigns at 'Mania, but I'm not gonna like it.
Dan's pick: Taker so he can fight Cena for the belt at 'Mania

Well there's your 2017 Royal Rumble lineup.  It's a very well-rounded card and if last year's Survivor Series was any indication it seems WWE is serious about the Big Four shows all feeling like a special occasion.  So have some fun and try not to think too hard about how lame 'Mania's probably gonna be.
Posted by Justin Enuffa Ballard at 2:11 PM