Welcome to another edition of Top Ten Things! 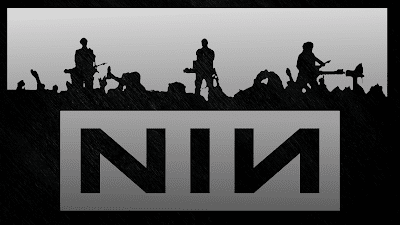 Today I'm talking about the music of one of my favorite bands/artists, who I didn't get into until 2009 (You read that right, I was very late to the game), Nine Inch Nails.  I discussed my years-in-the-making appreciation for Mr. Reznor's most successful musical venture HERE, so I won't bore you with those details again, but I thought I'd narrow down what are in my opinion his ten greatest songs, from 1989's Pretty Hate Machine all the way up to 2013's Hesitation Marks (Nothing from Not the Actual Events, Add Violence, or Bad Witch made the cut for me).  NIN's output has been so varied and unapologetically experimental it was tough to limit this list to ten (Honorable Mentions include "Hurt," "In This Twilight," and "Into the Void"), but if I hadn't I'd be forced to call this Top Twenty-Seven Things, and that just sounds weird.  Like the music on Ghosts I-IV... 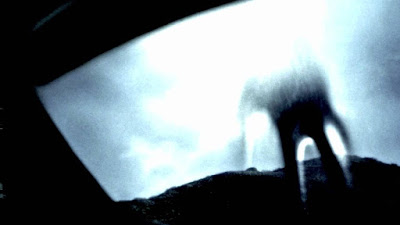 The closing track from my favorite NIN album Year Zero is more or less exactly what the title suggests - a Year Zero Summation.  The concept album portrays a near-future dystopia in which corporate interests and power-hungry politicians have taken over (just like now!), the populace is hopelessly hooked on mind-altering drugs (just like now!), and about halfway through, a superior species (or maybe God) issues a warning to the human race to change its tune or face extinction (just like-- wait, that hasn't happened yet...).  "Zero Sum" presents us with the end of the story; humanity has failed in its charge, and so dozens of gigantic alien hands reach down through the sky to crush us all to powder.  I'd love to see this album adapted as a film (HBO was developing a TV series but that fell through).  Musically the song is sparse and features Reznor's spoken word lament before a poppy, piano-driven chorus takes over: "Shame on us/Doomed from the start/May God have mercy on our dirty little hearts..."  This song is the perfect way to close this remarkable, evocative album. 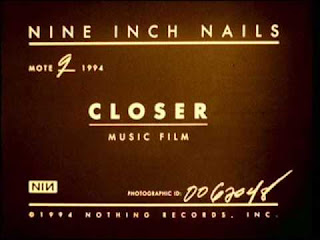 The song that put NIN on the map (from the psychologically unsettling concept album that did the same) was this creepy disco-esque number about sex as an escape from the narrator's terrifyingly unbalanced state of mind.  I hated, HATED this song when it came out, and it wasn't until 15 years later that I finally accepted its simplistic genius.  It's one of the perviest songs I've ever heard and it really shouldn't inspire anything but revulsion, and yet it became a universally-loved crossover hit for its toe-tapping dance groove and infamously explicit hook line, "I wanna fuck you like an animal."  The bizarrely disturbing video brings this song to visual life in a way that truly captures Reznor's demented imagination. 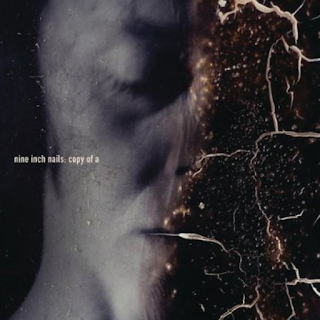 In 2013 NIN returned from a four-year hiatus with Hesitation Marks, a fairly safe but very enjoyable collection of sparse, beat-driven songs, the first of which is "Copy of a."  This track features a repeated polyrhythm throughout, as a 5/16 synth figure plays over the song's 4/4 time.  Reznor's vocals are rather gently delivered as he ruminates about lacking personality and purpose.  The song (like many tracks on this album) has a less-is-more feel to it, never overstaying its welcome or veering into melodrama, and serves as a very welcome return for Reznor & co. 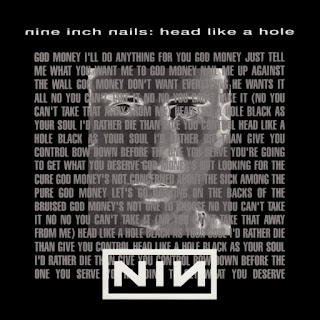 Trent Reznor's first hurrah was this prototype NIN song about the worship of money.  The spiteful lyrics tear down the tenets of religion and materialism over an infectious beat, resulting in one of NIN's most hooky and memorable tunes.  This was the first NIN song I liked, even at a time when I wasn't interested in the project or industrial music as a whole.  "Head Like a Hole" introduced the world to Reznor's unique gifts of song composition and production, as well as his iconoclastic outlook. 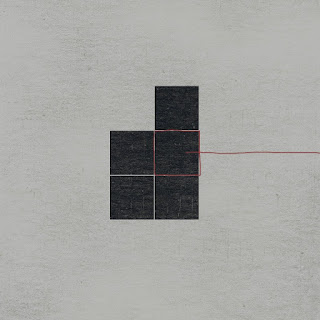 2008's The Slip was released almost as an afterthought and made available as a free download from NIN's website.  The album is scarcely longer than an extended-play, but features some fantastic songwriting with a disctinctly live rock feel.  The first single was "Discipline," a disco-rock song about needing some sort of structure to stay on track.  Lines like "Is my viciousness losing ground" seem to indicate Reznor's unease at growing older and more "civilized," as though he was concerned he couldn't create music like he used to.  His subsequent hiatus from Nine Inch Nails the following year seems to bear out that analysis, but this song and its parent album should certainly have quelled such worries.  "Discipline" is an instantly contagious alt-rock hit, with a highly singable refrain.

5. All the Love in the World 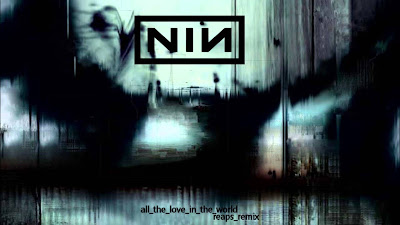 After touring for The Fragile, Reznor entered rehab, having become suicidally depressed, and re-emerged in the public eye in 2005 with With Teeth, a collection of introspective industrial rock songs dealing with various layers of his reclamation.  The opening track is this trip hop, piano-driven dirge about being passed over in favor of another.  It begins slow and sullen and gradually ramps up to a spectacular wall of vocals and piano in the outro.  "All the Love in the World" grabbed my attention instantly and helped make With Teeth one of my favorite NIN releases.


Probably NIN's most rocking song is "1,000,000" from The Slip, a no-frills double-time number with the feel of hurtling down the highway at 100 mph.  The song's construction is exceedingly simple but brilliant, with one of the band's hookiest choruses to date.  Lyrically the song seems to be about becoming desensitized and constantly needing further stimulation to feel anything (not unlike Tool's "Stinkfist").  This song's incredible energy makes it an easy NIN favorite of mine.

3. Every Day is Exactly the Same 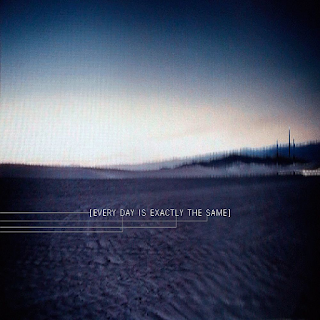 This cathartic, anthemic addiction song is for me the highlight of With Teeth.  Reznor pours his heart out, talking about completely losing his identity in the drugs and struggling to escape the endless loop of self-destruction.  "Every Day" contains some of his most personal and poignant lyrics ("I am still inside here/A little bit comes bleeding through/I wish this could've been any other way/But I just don't know what else I can do") over a shambling midtempo beat, and it all builds to an explosive climax of multi-layered vocals.  This song is haunting and incredible, and fully encapsulates the theme of With Teeth. 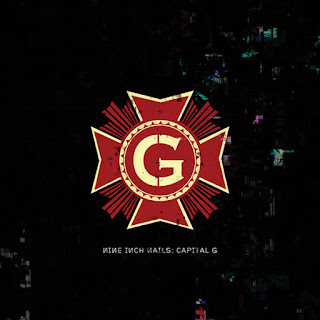 For me the centerpiece of Year Zero is this swinging, scathing, anti-greed anthem about the short-sightedness and egocentricity of corporate and government interests.  The album's storyline may take place in the future, but this song will likely always be relevant to the present day, as long as the almighty dollar takes precedence over the common good.  Reznor pulls no punches in his portrayal of those in power.  With lines like "The more we let you have, the less that I'll be keeping for me," and "Ain't gonna worry 'bout no future generations," he makes clear his feelings about the auctioning off of our future in the name of further lining the pockets of the wealthy.  The timeless "Capital G" illustrates Trent's righteous fury like no other song he's ever recorded. 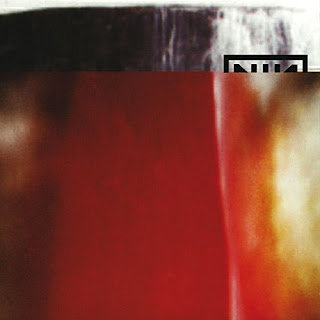 Trent Reznor has called "The Fragile" the closest he'll ever get to writing a love song.  Given how emotionally resonant this track is, that'll do just fine.  It's a love song for those of us who aren't cockeyed optimists or hopeless romantics; "We're all fucked up in some way or another, but I love you anyway."  This simple song thumps along slowly before revealing its heart-rending mantra, "I won't let you fall apart," adding layers upon layers of vocals with each successive chorus.  The octave guitar line in the bridge builds to a climactic, chill-inducing final refrain that I wish would never end.  "The Fragile" was the first NIN song that made me actively want to seek out more of their material, and to this day it remains my all-time favorite song in the catalog.


Posted by Justin Enuffa Ballard at 8:49 AM