It's SummerSlam weekend, and that means NXT is descending on Barclays Center the night before the main roster, for the third annual TakeOver: Brooklyn!  It's looking like a decent lineup, if a bit underwhelming compared to the two previous Brooklyn shows.  But let's take a look.... 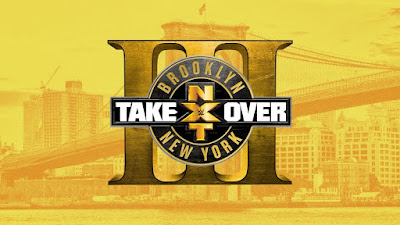 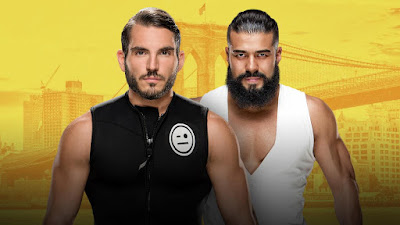 It sucks that Tomasso Ciampa got hurt when he did - Ciampa vs. Gargano should by all rights be happening on this show and it'd almost certainly be the best match of the night, and the match everyone would be talking about.  But Gargano's in the opener instead, unfortunately.  Jeezus, Almas desperately needs something to kickstart his career, he's been languishing at the bottom of the card since he debuted.  And this match isn't gonna help his cause - there's no way Gargano loses in the opener when the payoff to his Ciampa feud is still forthcoming.

Justin: Gargano wins
Landon: Johnny Wrestling's gonna win this one it seems. I don't know what Andrade is missing, but he's just not clicking. 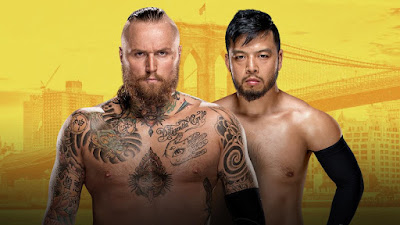 This one should be a fine contest.  Itami's another guy whose NXT run hasn't panned out as expected.  Part of that is the two years' worth of injuries he sustained, but next to Owens, Zayn, Joe and Nakamura, Itami just kinda seems in a lower tier so far.  The former KENTA needs a defining NXT match.  Could this be it?  I don't think he's winning here - Black is clearly a top priority for the NXT brand.

Justin: Black
Landon: I hate undefeated streaks, and my heart wants Hideo to win this one to pick up some sembence of momentum 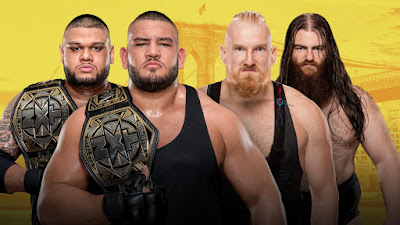 Not terribly excited about this one.  AoP has improved but they need a great team to bring it out of them.  I don't think SAnitY is that team.  It'll be a wild brawl I'm sure, but I don't expect anything amazing.  AoP should retain here unless there's a call-up plan for them.

Justin: AoP retains
Landon: A team that needs a great team to make great matches should not be the champions. SAnitY is closer to that, but we gotta circle jerk over the LOD redux. AOP retains 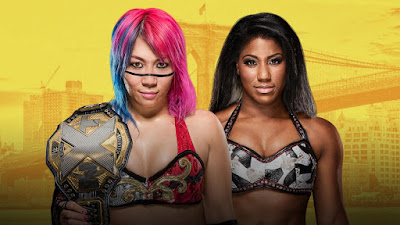 If this isn't the Match of the Night I'll be shocked.  At 501 days and counting, Asuka is the longest-reigning champion of the modern era.  She's easily (and it's not even close) the greatest NXT Champion of any kind.  Her main roster call-up is way overdue, so now makes sense to take the belt off her and give Ember Moon a huge moment to kick off her run as the face of the NXT Women's division.  Then bring Asuka to RAW (or Smackdown, either one) and have her murder the entire division. 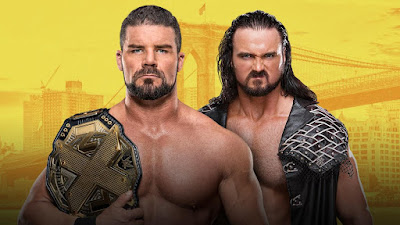 I dunno why they made Drew go back to his 2009 WWE moniker.  His real name, Galloway, sounds way more intimidating.  McIntyre makes me think of Velvet.  Galloway makes me think of criminals getting hanged.  Anyway, this is quite a TNA main event we have.  Should be solid but probably nothing mindblowing.  Roode is a good custodian for the top belt but NXT is missing a real breakout men's star right now.

Justin: Roode retains for a while longer
Landon: Drew can be shot up to the main roster seriously any time at this point. Just move him along.

Well there's your TakeOver: Brooklyn lineup.  On paper SummerSlam has a chance to be the better show this weekend, but you never know.  Even when TakeOver shows look underwhelming they usually deliver.  Enjoy the show!


Posted by Justin Enuffa Ballard at 10:01 AM