Game Of Thrones Season 7, Episode 7: The Dragon And The Wolf 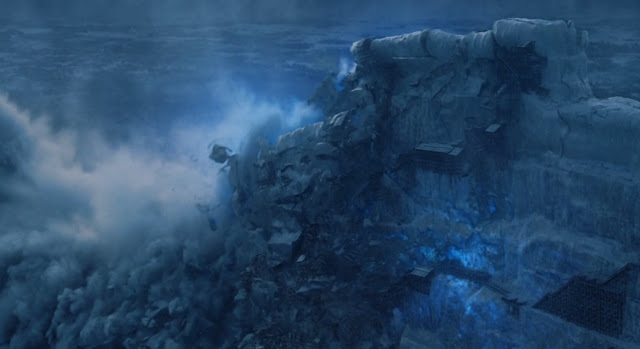 AND THE WALL COMES CRUMBLING DOWN!!!

As predicted months ago in this very column, The Wall went bye bye.

The White walkers started their slow march south by destroying the last line of defense in the north. Now, the Great War is upon us because of an ice dragon, bitches. 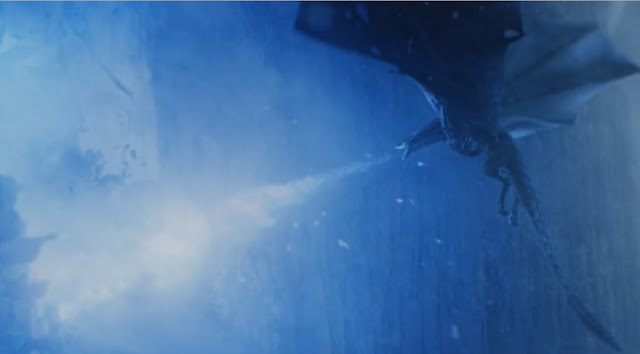 So much happened in this episode, but this was the big one. Now the walkers have a clear path to the south. They can destroy all the living & add them to their ever expanding army. They're quite efficient. The fact that the dragon could take down the wall so quickly was a bit of a stretch but the writers needed a way for the whites to get going down south, so there it is. As it is, I thought the sequence was awesome looking & the music really amped up the spectacle.

The happenings in King's Landing mashed together just about every surviving major character left. We had the Dragonstone crew trying to convince the Incest OG's to band together and fight the cold dead people. And Cersei agrees (because they throw a zombie right in her fucking eyeholes), but not before we get a very tense scene between her & Tyrion. It was great seeing her viciousness come out on the brother she truly hates. It's been so long since these two characters have interacted I forgot how good they are together. Cersei even threatens Tyrion with her mutant Mountain man, but it turns out to be a bluff. 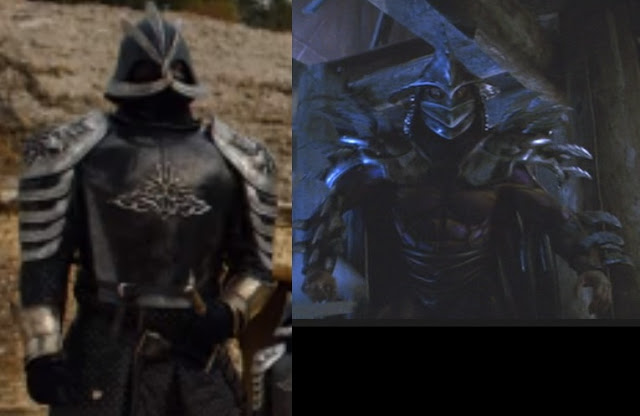 Back in Winterfell, the Stark girls pulled the ol' switcheroo on Littlefinger & cut his goddamn throat after they revealed they knew all the sneaky shit he had been up to. He whimpered & pleaded to try to live, but no way in hell. And honestly, good riddance. Littlefinger's machinations haven't really done shit lately & his act was getting stale. I also found it pretty obvious that the Stark Ladies weren't falling for his bullshit. He had to go.

---Euron Greyjoy saw that ice monster and threw deuces. Motherfucker set sail back to the Iron Islands cause the Wights can't swim. Euron's been a major disapointment this season. Save for one badass scene during the second episode he hasn't done shit. Such a waste.

---Speaking of Greyjoys, Theon, the character that somehow is STILL ALIVE, decides to get his ass kicked on the beach before heading off to save his sister, Yara. And he took a few no nuts shots to his zero dick parts for fun. I like how there's like 5 episodes of this show left and they showed me a guy getting kicked in the cock for ten minutes. Great time allocation.

---It seems Jaime & Cersei broke up after Cersei let him know that she ain't exactly gonna cooperate with the plan to save the north & fight the Wights. Such a shame. They were always a cute couple. 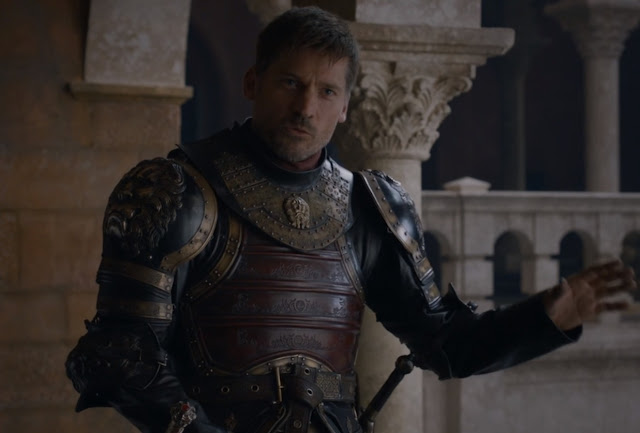 "So we can see other people? Do we have another sister somewhere?"

---Finally, intertwined with Sam talking to Eric Draven, I mean, Bran, was the big 'reveal' that Jon Snow is actually the legit heir to the Iron Throne. Seems his mom & dad were actually married at the time he was conceived, so his Targaryen bloodline is pure. What wasn't so pure was him not knowing this and making a beeline for his aunt's honeypot. 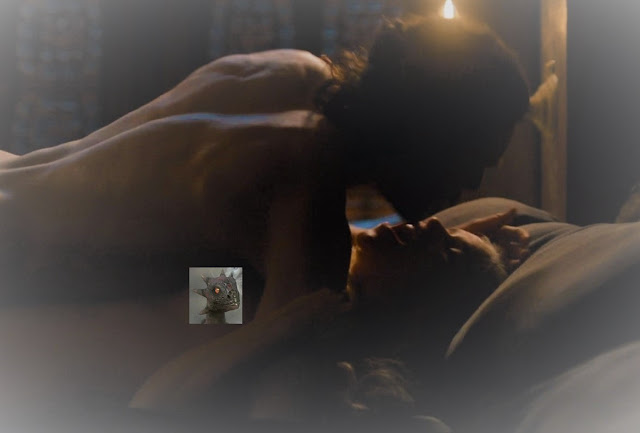 The actual weirdest part about this scene was Tyrion outside the door whilst these two relatives made a family reunion. Is he in love with Dany? Is he gonna go all badass next season and become a rival to Jon for her? Are we gonna have Jon Snow v. Tyrion Lannister? Because I have no clue what him standing outside the door was suppsosed to mean. Unless he's got the horny's and needed some...help.

That's it for this year's recaps. See you all in Westeros next year.
Posted by dnm3 at 12:10 PM